I just need something simple…2 monitor setup…I just want the panel on one and outside view from pilot position on the other. I thought, for sure, THAT would have been possible.

I bought the sim and was very disappointed. I have not even attempted to integrate FS2020 to my home cockpit because it lacks basic functionality for Home Cockpit Builders. If they lack the basic don’t even want to attempt to tackle the integration of all the components. Unless there is a clear view that MS / Asobo team will be willing to work with the cockpit builder community this sim will just sit on my HD unused as a data paperweight. I won’t delete just because the installation process was horrible I would have had more luck installing Windows 10 on a IBM 286 machine… 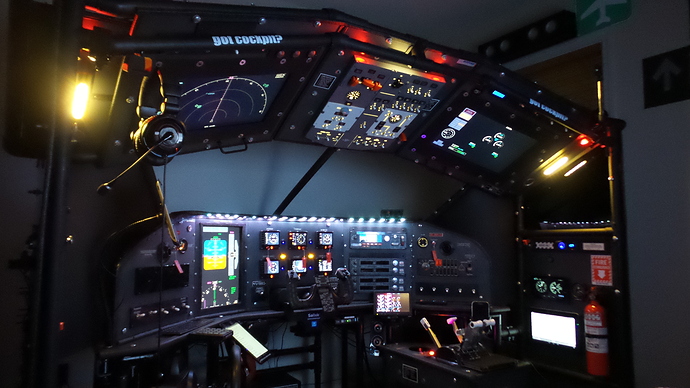 Home Cockpit Builders are not even a thought for the MSFS 2020 Team. Lacking the most basic tools like a front view with no panel. Yes I know I can hack the Camera Config file coordinates … But that is what I get for buying the Deluxe Version. If they lack something as simple as this what will happen when attempting to integrate everything else on my setup. I don’t delete is because it was too painful to install. I’ll check from time to time but If I can’t see a commitment from ASOBO / MS to Cockpit Builders no more money will be spent here. I will just have to spend it where our needs are considered and followed up on. Hope someone at MS is reading don’t loose your core customers that will potentially keep buying your products for decades to come. Turn this nice looking arcade airplane game into a real simulator. MSFS 2020 will be cold and dark on my SIMPIT until then. 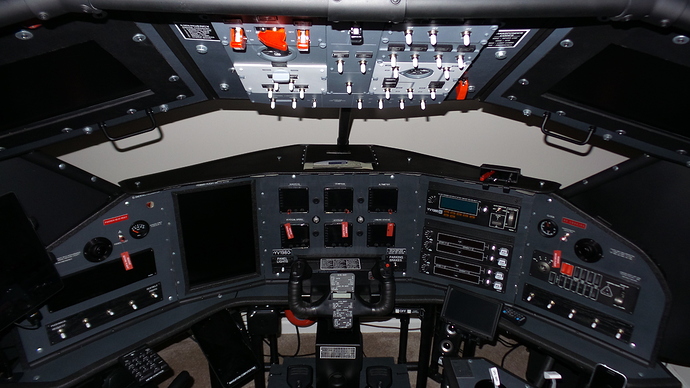 You will probably be better off sending this as a request via Zendesk.

That’s right friend, we will have to keep X-Plane for “serious things” and wait a year for this program that promised so much to have a serious roadmap and we know when they will do everything that the community expects from a program like this.
As I always say, the graphics are spectacular, but that’s enough for the first week.
Austin was right saying that “there are people for one and the other simulator” and I must agree because to use my homemade cabin hardware I just have to load X-Plane and stay with FS.
We will see what happens between now and the end of the year, and I hope that each modification is not equivalent to downloading 20 gigabytes at a time, because there is no SSD that can hold up or adequate connection due to the problems that the downloads present today.
See you … I wish you blue skies!
Greetings from the South of Argentina (Visit SA33…my town and SABE - SADF in Buenos Aires!)

Somehow or other I don’t think they see Home Cockpit owners as ‘core’ business.

Have you tried erasing the cockpit textures in Photoshop and save them as transparencies with the .dds dev tools?

I hope that each modification is not equivalent to downloading 20 gigabytes at a time, because there is no SSD that can hold up

I haven’t checked this, but I hope that when we’re downloading 20 GB that it’s also deleting several GB of preexisting files at the same time.

I haven’t checked this, but I hope that when we’re downloading 20 GB that it’s also deleting several GB of preexisting files at the same time.

I don’t think that’s the problem - unless you have little disk space - In which case the most “dangerous” will be the scenarios.
In particular, I have plenty of space, and what I don’t have is bandwidth. I barely have 10Mb, but the FS downloads don’t go beyond 1.5Mb at the best times. The download system like this is completely illogical. Now I’ve been stuck for 2 weeks with “bigfiles” restarting; I opened a ticket in zendesk but everything they say I already did before, and even reinstalled, but they keep sending me silly answers that the community already solved on their own.
I have suggested that downloads be done in the background as in Windows and that what is downloaded can be optionally selected if it is not critical. Sitting half an hour after work and having to get frustrated waiting for a shock is completely illogical.
I have not seen a vote on this matter, if no one appears I will make a request with a survey for people to vote. I don’t think I’m the only one who is so bothered by the wait at the start of the show.

Oh okay, I misunderstood.
Would this wishlist item help?

Reason: I had to new start the download airport “Paderborn-Lippstand EDLP” 10 times after abort…

I would like to be able to resume function of downloads after cancellation how in browsers.

FS has a function to summarize downloads. The problem is not that but that they are restarted over and over and over again, not allowing us to use the program and having to do “black magic” to make it start.
I have put in the voting forum, a request for downloads to be done in the background and some can be left to be done at another time at the user’s request, as in Windows. I encourage you to visit that section and contribute your vote. If we don’t do it like that, I doubt that the program will improve as much as to solve these types of cases.
Greetings!

Do you have a link to the wishlist item? I can’t seem to find it.

You can shift the pilot’s seat in front of the propeller. Detail is in another thread.

I use a Cessna hardware panel and did this for the C172 and C152 and it works pretty well (although I still would prefer a “W”-key solution). I assigned a yoke key to switch back and forth.

With the first version 1.63 after the disastrous delay in the download I was finally able to fly and do some tests, and beyond the slowness from when the title came out until I was able to execute it, the rest “walked”. Then came a small update, it did not present any failures and then the hecatomb was unleashed, the computer apocalypse in a simulator that conquered us all with its magnificent graphics. Time passed and a big update came and there my suffering began, like that of many other sim…

Thanks for the visit, if you agree, please spread the link

Any way to disable cockpit panel for full view? Would like to fly and take screen shots without gauges or panels.

Forward View, No Instrument Solution (Plus "Walkaround" for every plane ! ) Home Cockpit Builders

This is a workaround to get a forward view without instruments. You do this by creating a custom camera beyond the limits of the cockpit. All your existing views, instruments and model files remain intact You need to have keys assigned to move around within the cockpit. Instructions. You move as far forward as you can, looking forward over the dash. Then create a custom camera (ctrl / alt / 0) . Exit the sim. Then take a look in the aircraft folder created here … C:\Users"Your ID"\AppD…

Thank you, I’ll give this a try

One of the features I miss the most is the ability to have a frontal view without the cockpit. In FSX it was easily done, allowing you to have one screen for VFR and a secondary screen for the instruments. Sadly, there’s no way to configure that in FS2020… or is there?

No, there isn’t. At least not as you expect to be done, like in FSX. There’s a long discussion about it, with some clever workarounds:

Forward View, No Instrument Solution (Plus "Walkaround" for every plane ! ) Home Cockpit Builders

This is a workaround to get a forward view without instruments. You do this by creating a custom camera beyond the limits of the cockpit. All your existing views, instruments and model files remain intact You need to have keys assigned to move around within the cockpit. Instructions. You move as far forward as you can, looking forward over the dash. Then create a custom camera (ctrl / alt / 0) . Exit the sim. Then take a look in the aircraft folder created here … C:\Users"Your ID"\AppD…

This is the best we got until MSFS does it natively.

@CaptClarence125 seems we run into each other again ha ha I do miss the 2D cockpit and gauges as I have a multi monitor set up with one monitor just for the flight panel and I really can’t use it other than undocking the gauges using the right ALT key but then have to drag them each flight and you can’t undock switches etc.