Honeycomb Throttle not working with TBM 930 after SU5

Brief description of the issue:
Honeycomb throttle no longer works with TBM930.

Build Version # when you first started experiencing this issue:
SU5+hotpatch

I believe you may have to use the mouse to switch the throttle to the left position now. At least, I know that worked for me yesterday starting the TBM from cold and dark.

I’m having some difficulty shifting the TBM throttle to the left side in VR. I have always used the mouse to do this before but it is really finnicky now after SU5+hotfix.

My Thrust master t16000 throttle also did nothing with TBM930 only. So my TBM930 was parked in the hanger and my world tour was terminated for that. As a result, I’ve spent less and less time for this “Game”.

I think you have to hold both mouse buttons down now to move from low idle to idle.

There was a change.

Seems to work fine just using the mouse but there is still a need to move the propeller axis to go from right (hi idle) to left (taxi idle).

Yeah, was just about to start learning this plane. It seems to me the Prop axis got somehow messed up. CH Throttle Quadrant user here. The best would be if MS/Asobo could provide us with ability to map the Cut Off, Low and High Idle separately. Or simply just roll back the Prop Axis as it was before.
Alex

It was SOOOO nice with the Honeycomb throttle before SU5.

The prop lever would control moving the throttle across the gate and back. And power lever worked as expected, including reverser.

Shutdown was nice too:

Now the prop lever doesn’t do anything, and I can’t engage reverse no matter what I map.

PLEASE Asobo. Revert whatever changes you made to this plane. You’ve taken what is arguably the best plane in the base edition of the sim and broke it badly.

I made the TCA-TQ work … I just got a Bravo delivered after waiting since December for it… Will get it configured and sort out the TBM this weekend… but if your looking how I did it with the TCA here you go. 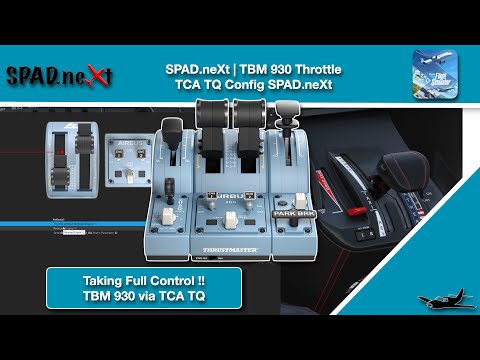 Is there a text version describing the spad.next settings you used? (I’ll try to watch the video later, but I don’t tend to absorb information well in video form.)

No there is no Text write up.

Correct me if I’m wrong, but the TBM has one engine, single propeller. The axis (degree of propeller pitch) is determined I think by throttle power selected. I did not ever have to mess with propeller ptich when flying that plane, except to feather, and then you just take power lever to feather position. You might be overthinking the plane. And you can uninstall software for HC-BTQ and then restart PC and then reinstall it, that sets it back to factory, which will clear any specific settings you go messed up. Albeit, when I did it, it created a second default profile. I verified they were both the same and deleted one of them. I call all my different profiles HC-BTQ-B747 & C-17-4 engine, etc. Single would be HC-BTQ - TBM930 - 1 Engine. I think I have like 5 or so different profiles for the various planes I have or will fly. See RMAG’s videos on Youtube on creating multiple profiles, excellent.

The prop lever axis controls the simulated throttle lever when it’s on the right side (hi-idle/lo-idle/cutoff), or at least it used to. It doesn’t control the RPM.

It has been at least 6 months since I have tried to fly it. Real buggy when released, left it off for something else. So don’t actually remember how it works or used to. I knew once.

Here is the link for the video: https://m.youtube.com/watch?v=eUnhOorKSH8

Appreciate this, but pulled MSFS-2020 off pc, too many bugs, which prevent me from making many buttons and switches operate. Going to wait 6 months to see if they fix them. If not, chaulking it up to bad investment. FSX works just fine, yeah, graphics is not as good, lots of locations not up to date, but every single button and switch works, including all ILS/NAV functions .

Raise the accelerator to the center and then, in that position, press the two mouse buttons, with this, the lever goes to the left.

Yeah I got that figured out but my right mouse button is mapped to cockpit focus which makes it somewhat visually challenging every time I need to shift the throttle lever in VR ! 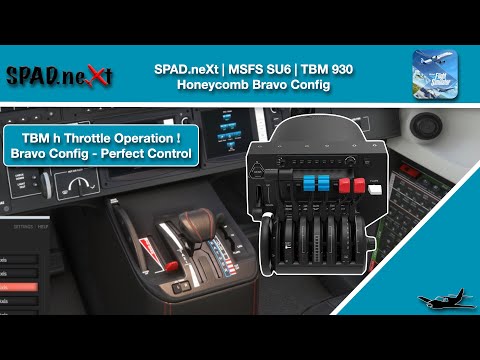