Horrible FPS drop out of airports?

Funny thing is my multiplayer has been off for months. I don’t even have AI traffic enabled either so the airports are empty all the time.

I was on Vpilot with Vatsim and had this problem. My multiplayer was off and ATC. Weather was only live.

Something in the last hotfix has killed performance as this happens everywhere!

Nice airport has bad performance for me until I get a few miles away.

Hopefully that issue can be rectified

I cant even fly the A32NX at all anymore. I fly west coast mostly. Take offs are OK maybe 20FPS or a bit more. But as soon as I start decent into another city KSAN KLAS KSFO (anywhere) it FPS drops to 10 then to 6 then to 2 then stops. I have watched and read endless texts and ideas to help and they have NOT helped me at all. I guess I just want to reconfirm that There is a FPS Problem and someone is working on it? Thanks

Same here. Trying to fly to Las Vegas from LAX. Just a short flight today. But with this FPS I don’t think I can even land the plane today. And that with a 3090 GPU

I just had a lovely flight in the Citation L until a few miles out from landing at KSBA, after which fps tanked severely. What the heck is wrong with this thing now? Up until the last 1 or 2 updates this was easy peasy to fly into, now it’s totally screwed up! I hope they fix this thing soon it’s such a tease. I’ve been back in P3D more lately but continue to hope MSFS gets restored. And it’s not from seeing GPU/CPU loaded, it’s independent of this, the cause of this wretched performance. Can’t land a plane any more! Multioplayer has been OFF, even AI traffic off.

I’ve done some testing and I think I can name the things that have a severe impact on performance, at least on my PC, in the following order:

Any other plane that has a glass cockpit it taxes the fps dramatically (literally cuts my fps in half) and the fluidity of the sim, to the point where it becomes unflyable. Asobo really need to work on it as it seems these planes have the highest impact on performance.

My PC is sort of high-end (Ryzen 3950x/PBO enabled, 64Gb RAM, RTX 3090, Nvme SSD), but I really do struggle with MSFS. And since I’m mostly flying jets/airliners the sim is zero fun for me, right now (low fps, stutters, freezes). But for those flying non-glass cockpit planes it’s a joy, I’m sure.

After reading your post, I tried KTAL for 45 minutes. It was bad.

yestarday I made a flight from KMCI to KATL with the FBW A320 stable version. I had a very fluid flight (30 FPS) until I started my final aproach runway 28, then the FPS decreased to 20-23. The worst was the AI traffic around the area… full of kamikazes flying straight to me from all directions… I desabled the ai traffic and it helped a lot to get back 25-27 FPS.

Went and tried KATL as never been there before. Yup that’s pretty grim isn’t it. Couldn’t get past 30 odd fps in the Piper Arrow so think i’ll pass on trying it in an airliner

There is another previous topic about KATL Atlanta,

There is something very strange about KATL I haven’t figured out. I have a flight plan IFR KORD to KATL that I’ve been using with the TBM 930 as a test flight. Prior to the last update, I found a memory leak when I arrived in KATL airspace driving down the frame rate to about 2 FPS. I opened a ticket with Zendesk giving them all the info. Unfortunately my ticket was classified as “Performance” and closed by Zendesk. A memory leak isn’t a performance problem. It is a code problem. After the upda…

Tested it before… on 10-8 miles distance it goes to 10 FpS on my laptop. Maybe this is because the airport is at 1100 feet height… if you approach it, you get everything in sight at a large distance. At about 1000 feet approaching, you will be right on ground level in respect to the airport. Not landing yet, but the ILS/VOR beams will start spamming your instruments. On the airport itself (somewhere) there must be a giant web of invisible vertices keeping my GPU working ?? I could not land a C152 properly because of stutters. One place to avoid.

It’s sad to say but I’ve made the decision to uninstall FS2020 until the summer or so. By then I hope the crashing and everything will be better. I say this because for the past 2 days I’ve done flights and everytime I am on a 5 mile final my game just crashes.

Today it happened on a 4 and a half hour flight and that was just the tip of the iceberg. I didn’t install anything differently. I didn’t update anything, everything was the same but all of a sudden my game crashes on a 5 mile final. Not stuttering either, just full on closes out so I am done for the time being with this game until things get sorted out. It is too much headache.

One thing Zendesk recommended was to lower LODs to 80. After I made this change, I was able to fly around KATL with no problems. I then changed the LODs to the previous settings. Recreating the previous flight, FPS cratered again. Clearly the LOD settings have a huge impact on performance.

One thing Zendesk recommended was to lower LODs to 80. After I made this change, I was able to fly around KATL with no problems.

Makes sense, I run my LODs around 80 or 90 most of the time anyway as I tend to fly low and slow and reduced LODs gives way better FPS flying low, explains why I have not been seeing this stutter issue.

Hmm thx for the tip

guess: they have a super photo-realistic mouse running around on that on that airport somewhere ? 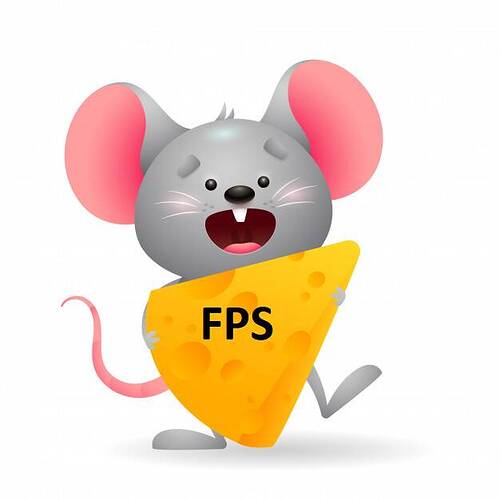