i have stutters and pauses on approach as well and this has been an issue for quite some time now and the problem is that performance was quite good for me for a long time until sim update 3 hit.

I couldn’t agree more. I am also completely fine with 30 FPS as long as it’s consistent. I have been playing this game since FS2004 and never really had awesome performance, of course this could be due to my system as well but yeah.

UPDATE : I have just tested a landing with FBW A320 without having any traffic( neither ground nor real-time) and had no stutters at all. So this might be an evidence of ground aircrafts could be the reason behind the stutter.

I am not really sure but at least this solved the issue so far, I am not a fan of traffic tbh

I prefer real-time traffic, but that’s a little strange. Prior to WU4, I had never found any performance problems with either static or live traffic.

One thing annoys me since the FS2004, whenever the AI plane lands they don’t vacate the runway and I have probably ended up go arounds more than 10 times already. I don’t really wanna use it unless it is solved but I get your frustration.

Well the sim is using a new technology and it itself is quite new, I assume all will be well by time.

i9 10900 , 128GB ram, Geforce 2080 super, well above spec published by microsoft but stutters and bottlenecks all the time. Makes no difference if I set Ultra, High, Medium or low in the graphics, wired ethernet connection.
Around airports its dismal most of the time.

I’ve never seen that issue occur in MSFS2020 they always vacate from what I’ve seen so you should be fine.

same issue here too and I opened a ticket

It does actually, I guess you’re one of the luckiest. This has been mentioned so many times in forum but no official fix stated by the team yet.

I, too, have an issue like that. I noticed that when you reach about 800ft AGL the 3D objects in front of the plane dissapear (including the airport terminal) and then respawn. Then the GPU utilization drops like a rock while the “MainThread” is the main limiter, and the performance before that bug does not return until well after the landing. It is obvious that the CPU is being taxed during that process, which causes the terrible performance we are experiencing.

Im having micro lags/stutters almost every time the aircraft touchdown in the runway. It doesnt matter the airport, it can be a big one like KATL, a veeeeeeery small aerodrome or even landing in the grass in the midle of nowhere… it happens with the simplest/smallest aircraft like the Flight Design CTLS or the latest FBW A320 developer mode one… it doesnt make any difference… The 90% of time I have those micro lags while touching down.

I tried almost everything to fix it, downgrading my graphics, to fly without ATC, to flay without AI traffic but NOTHING helps… I dont think is a performance issue because Im getting more than 30 FPS EVERYWHERE but when the planes touchdown in the runways or in the grass I have the horrible lags and Im getting crazy with it!!!

Please, please, please, help me… I dont think is a sim issue because nobody its talking about it in the MSFS forum but its happening to me all the time.

I followed the suggestions in this topic. And it helped me with the stuttering issues.

Thank you so much for your answer

Is it normal to have lags everytime you touchdown in the runway??.. Maybe everybody has the same issue.

Here’s how it looks in my video. The slight lag that you noticed might come from the video encoding itself and not really from the sim. 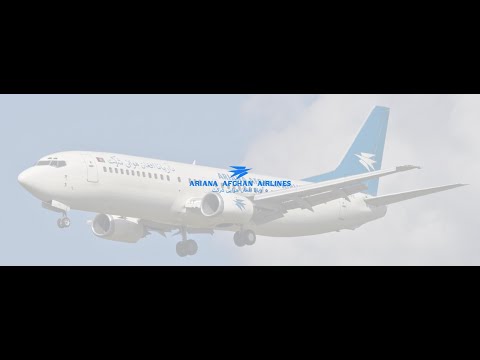 Your videos are very similar to mine but as with mine the lag/stutter still shows when you look out of the left hand window and watch the scenery disappear out of frame at the bottom left of that window, looking ahead all appears fine however. You should’nt have encoding issues if the exported video matches the original in both frame rate and format.
That video looks fairly smooth to be fair though but the stutter does show at edge of video frame.

Yeah, the stutters are still there, but I find it to be very minor compared to before SU5, which was a stuttery mess. I can still time my flare correctly, and with the way they handle the rendering method to save FPS performances, that’s just the side effect to have the objects popping in and out depending on the camera placements.

I’ve already set my setting to ULTRA Pre-caching though, so it’s still better than before WU6 as well. I think it’s still an acceptable compromise for now, as long as it doesn’t affect my landing, compared to pre-SU5 which had the stutters to be so bad that the flare timing is always wrong.

It might also be a good idea to turn off Photogrammetry in your data setting. I was flying into London City airport, and I got hit by a massive stutter and low FPS performance. When I went to the Data setting and turn off photogrammetry and cleared my cache, the FPS performance was restored and the stutters disappears.