I honestly don’t think they know what they’re going to release in one week. They announced several things to be released and they never showed up. Especially with recent announcements and delays, they’re better off without any promises.

Yeah agreed - best if they don’t promise anything at this point. See the Seneca for example…

I am secretly excited…

Sigh… another week, no Seneca… I guess we should just pretend it wasn’t said just like the dev team is.

Awesome right? yesterday during the dev Q&A I asked if they could address the lack of content for Xbox on marketplace and looks like they came through! the most we’ve all seen thus far. very happy about the content this week. hopefully it will be like this continuing on

I was just about to post the video below because IFTE deserves the hype.

How is this not a civilian flight simulator? No weapons are allowed…

I fly all aircraft types, just would like to see a little more balance and some follow-though on things that are promised. 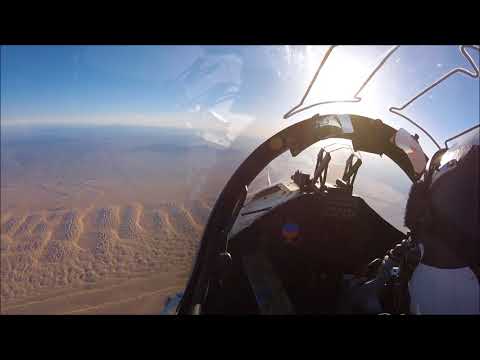 I can totally understand you want more. And I’m super on board with that. I want to see 10-15 aircraft drop a month minimum. I want you to have all the aircraft you dream of.

But at no point would I be mad or make a comment that certain types of aircraft aren’t meant for a FLIGHT SIMULATOR.

You like what you like, and I love that. That’s a good thing to have a desire for something you’re passionate about.

But you need to understand. It is a flight simulator. Which covers all types of flying. And ALL types of aircraft.

Now, the reason for there being no weapons systems is because it’s a FLIGHT SIMULATOR and not a combat simulator. Also it has an E for Everyone rating. So to keep that rating there must be no display of violence, so all ages can enjoy the sim. Weapons systems are inherently violent. So they are not allowed in the marketplace.

If you get that, you should be able to ship planes to your mates…

Enjoy your Goshawk - I already have the MB-339 and may pick this up in support of the F-35 project if nothing else. Just wish there was a carrier to land on…

Thank you. I definitely believe I will enjoy the goshawk. And I hope you get your Seneca soon and it’s everything you hoped it would be.

And I love The MB-339 as well. Beautiful aircraft inside and out. IndiaFoxTecho is an incredible developer, And I am anxiously waiting for the F-35.

All you said was “civilian flight simulator”. Which it’s not. That’s the only issue that I had. It’s the entire world. And in that world, there are air force bases. And with those bases there are military aircraft.

Most real world military aircraft flights around the globe are not with live munitions or for combat purposes. They are mostly flown for training exercises. So in my FLIGHT SIMULATOR I like to fly as a military pilot in some of my favorite looking and sounding aircraft, who is training on the flight dynamics and aircraft systems.

It’s just like driving a Lamborghini Centenario in Forza. I love the look and sound, and I’ll never be able to do it in real life.

Anyone have a change log for the T45C updates coming with the release? Dino has been pretty good about posting them in the past but I couldn’t find any.

Xbox specific reviews would be appreciated - I’m confident any bugs will get fixed but how fast they are pushed to xbox is anyone’s guess. I also understood the mfds hogged a few FPS on the pc version so interested to hear how it performs on consoles.

Yes, Jorge said they hired 4 more people to help with getting products onto the marketplace each week, and it definitely shows. Since Xbox release the capacity has been about 10 a week, last week it was 17, and this week 33. It is still going to take a bit to catch up on the backlog, but with the additional help, thus weeks releases represents about what would have been a months worth of releases without the help. So I am very happy they hired those 4 extra hands

I installed global shipping on the Xbox series X and do not see any cargo ships anywhere. Not sure what else to do. Considering I purchased all of the new items in the market place from Seafront Sims, I should have everything installed for global shipping to work correctly. I have tried uninstalling and reinstalling multiple times and it doesn’t make a difference. The only boat and ship traffic I see is from the default traffic and the St Barts, St. Martin pack.

Have you restarted the sim?

Did you delete the rolling cache ?

Check your traffic setting if that‘s adjustable on XBox. If the slider is set to zero you won‘t see anything