How Realistic is VR

That would be a supernova happened in our proximity.

That’s okay. Not a problem

It could be also like this: you are the only one who exists and the whole world around you is just your dream.

You almost lost me reading the rest

Now you know how I feel half the time when trying to read your screeds lol!

But don’t forget, my language in that document is purely metaphorical, and an attempt to put a human consciousness concept onto something we don’t, and perhaps even can’t, understand fully. And also remember that technology can appear indistinguishable from literal magic to those observing it, if they lack the skills, knowledge, experience, foundation, or ability to go beyond that level.

But absolutely our experiences are real. It’s almost as if we are characters in a MMORPG who forgot that we’re really a larger consciousness looking outward from our experiences here. See, even I sometimes get confused trying to describe with language that which is clear to my mind.

This thread is getting very philosophical.

Fortunately, I saw the movies, so I think I’m keeping up

I think in terms of the ultimate understanding of the universe that we are farther along than the alchemists but not so far along that we can claim to perceive the existence of VR universes or create a “hereafter” for our consciousnesses in the cloud like Ray Kurzweil aspires to. We can’t even control a little global pandemic, we don’t understand how all the human genes carry out the sequence of development, form the brain, and make the body work in complete detail. We don’t really know in detail how the brain works and creates consciousness.

So when one can’t even relate quantum mechanics to Einstein’s theory of general relativity, I think we all ought to stick with VR as just an (ignorant) human gaming pursuit. I don’t think we’re going to have the singularity any time soon, either. Hopefully, most of us agree that a universe exists outside of any individual as we have figured out with astronomy that we can look > 13 BILLION years back through time before any humans or any creature with neurons on the Earth actually existed or even the Earth itself. And as various individuals die, the universe still carries on. We know physical degradation leads to a degradation of the mental and physical quality of life and an aging individual can perceive that in themselves, e.g., age-related dementia, so everything tells us our quality of life has a physical reality.

What is physical reality? I think I’ve read somewhere that some physicists think that the whole universe might just be a quantum fluctuation, yada yada. The best course of action is just to stick to empirically predictable knowledge with some combination of “positivism” for theories that jive with experience but predict potentially useful things we haven’t yet been able to perceive ourselves because of limitations in the perceptual capabilities evolution provided us with, e.g., we can’t see in the UV but birds can, etc.

As far as I can see imagining a VR universe doesn’t have any useful benefit empirically or theoretically. It’s right up there with folks that want to write off the difficulties of explaining existence as just a quantum fluctuation (burp) in the field of the universe.

Since visual perception is ~90% of our sensory input and we perceive the world in 3D, VR is useful for recreating artificial perceptions that mimic our normal perceptual experience. That’s about it for VR as far as I’m concerned. Inventing other things for VR is alchemy and someday, folks who perform “alchemy” with VR may be viewed much the same as the original alchemists are today.

After much after-market tinkering, tweaking - I got my mid-upper level machine to make a serviceable go with the Rift S. My take is that MSFS really shines in Virtual Reality. I use flight sim as a trainer, and my impression after the first 10 hours of trial running flight training scenarios is this:

In the VR, you assume an identity that feels very much alive in this virtual world. You can permit your mind to believe this is a reality. Now your decisions within that world have consequences that could imperil your “virtual” character, your “virtual” life. I guess in short, it feels like you have more responsibility in VR.

As flight instructors, we attempt to offer scenarios to get our student’s mind to churn, but they are hypotheticals, “What would you do?” “Proceed, turn back?” In VR, I can plan a 30 nm trip using Live Weather in a C172, plan to depart after sunset with a low pressure area, in the middle of a fair, weather pattern in winter. The destination can report clear, but once I take off - what will I do with that formed line of clouds between me and the place I want to go? Will I fly underneath, over the top, try to go the long way around or just turn back? In VR - you can feel more invested in the decision and give more “life” to the scenario. It’s exciting to think that as instructors, there is now a technology that could give a 3D context to those first few hours of training, and scenarios in which to challenge our students in which they can literally visualize it happening.

On “How Realistic is VR,” get the Microsoft 360 Viewer from the Window Store, launch it to open Edge, when viewing a 360 video like the following, click on the headset icon at the lower right under the video frame and don your VR headset. 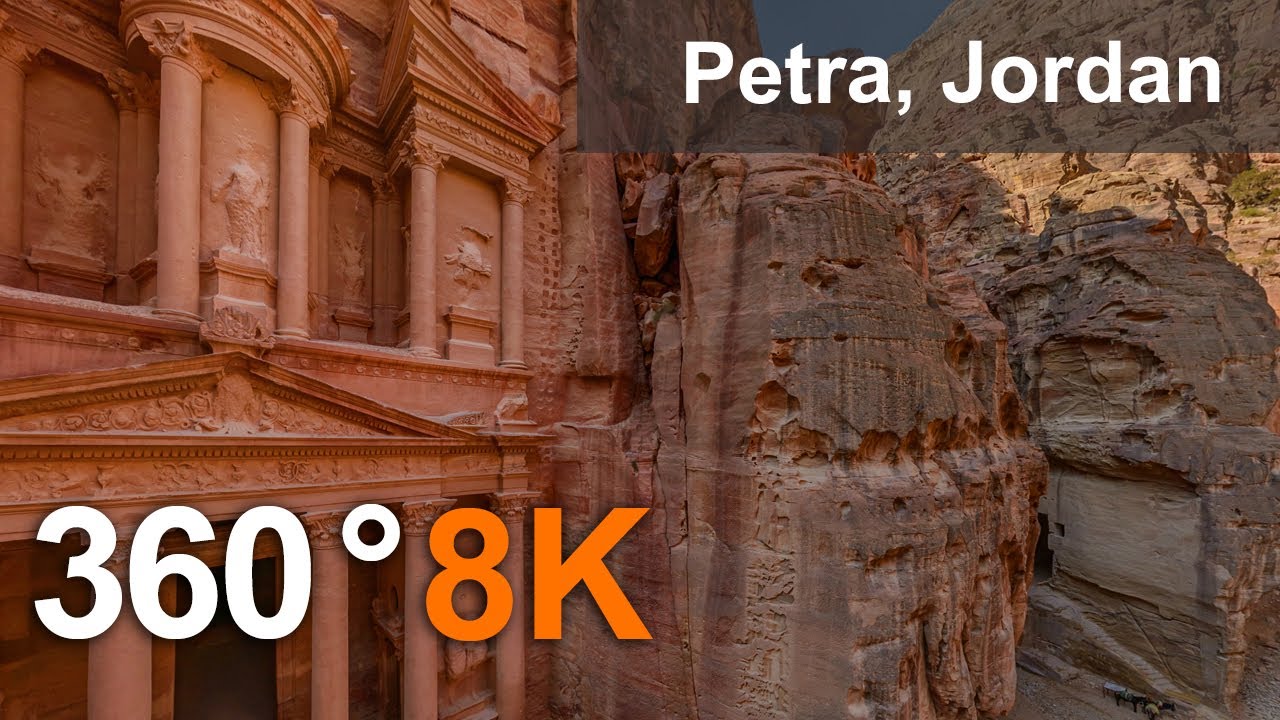 And from the 3D Windows menu click on All Apps to the right of the window that pops up when clicking on the controller Windows menu button in the Windows Mixed-Reality portal. From the top of the All Apps screen click “360 Videos.” 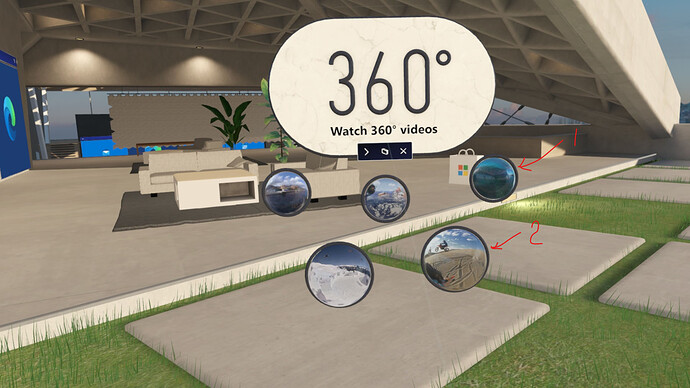 I’ve been simming for decades , but this year am thinking of a PPL. Before VR came along I could see the advantages of sims for basic stuff and certainly IFR, but since I git the G2, I’ve stopped using the big jets in favour of practising circuits.

Yesterday I planned a flew a short hop between two small airports I knew well and ticked the real weather box. No sooner had I got up into the air than I could make out clouds in my way. Setting aside the fact I should have planned it properly in the first, I felt real fear with the ground slowly disappearing below me. In years gone by I’d have flown on using instruments, but this time I turned around and went back to base. Lesson learnt.

Flying in MSFS with VR is the best experience i’ve ever had! As a PPL pilot for more than 25 years but grounded since july 2020 due to an accident it’s the best replacement for flying live.
I use the Reverb G2 and i’m so satisfied. Whats always nice and awesome if you land at an airport with a very good and realistic graphic, stop at parking position, turn your cheer to the left stand up and make two steps to the side… amazing if you stand beside the plane and see all the environment around!

This thread is getting very philosophical.

Fortunately, I saw the movies, so I think I’m keeping up

Nevertheless, it is loosely connected with VR (I think) and very interesting, at least, to me

Mmm … ‘How realistic is VR’? (this is me trying to be relevant. I must be getting too pc! Not a good sign.

I think the key word for me would be ‘immersive’ and not necessarily ‘realistic’. I don’t think that the VR graphics are sufficiently good enough yet for me to feel that I’m yet in an alternative environment.

It’s good and a great experience but we are a bit of a way off as far as true realism goes.

It’s good and a great experience but we are a bit of a way off as far as true realism goes.

@Kayembee370, but closer than any of us think, I think. Does a double think cancel each other out?

Yes, agreed and we are getting fairly close

closer than any of us think, I think

Not for us Homo Sapiens Sapiens

Last night I flew the TBM around Cuba in MSFS VR, and was about to land. It’s so real that I could not help starting announcing to passengers like a real pilot would have done.

Then suddenly (never happened before) my VR view started to shake frantically. I felt embarrassed and “announced” like “Sorry there seem to be some technical problems here but don’t worry …”. Eventually I had to “ESC pause” and unpause the simulation to get VR back to normal. My virtual passengers must have been really scared.

It’s quite close because calculation power seems to be the only true limitation left. Quantum computer is already on the horizon, but even without it, we will still have room to exponentially increase the calculation power for our CPU and GPUs.

Quantum computer is already on the horizon, but even without it, we will still have room to exponentially increase the calculation power for our CPU and GPUs.

I think humans, being the arrogant folks we are, always overestimate our capabilities. If you look at nuclear fusion power plants, they’ve been promised in a decade or two since the 1950’s and '60’s. We’re still just a decade or two away (

) from achieving commercial nuclear fusion. If you look at detailed serious critiques of Google’s supposed quantum computing breakthrough, it’s still not very reliable statistically, was overhyped to begin with, and the actual situations that you can employ quantum computing in are a limited spectrum of the full range of useful computational tasks. Just like Elon Musk preaching that we have to take great care to avoid the singularity, there is some truth in any claim - we have to be careful not to program human prejudices into our AI, etc., but given the average human personality, there is often a lot of terrible overhype in any technological direction we are heading, e.g., we’re all going to be shortly using VR and AR in our everyday lives and it’s going to make everything MORE BETTER!

I wonder if, when the Wright brothers were talking about flying, people were lamenting about how long it was taking them? Probably

It may take time, but if it is in anyway possible, humankind will solve all of the challenges you mention and more.

It may not be immediate or even that soon, but they will get it done. Well, providing they figure out how not to cook the planet first.