Huh... parked prop planes propellors are now stationary. When did that get fixed? Or did it? 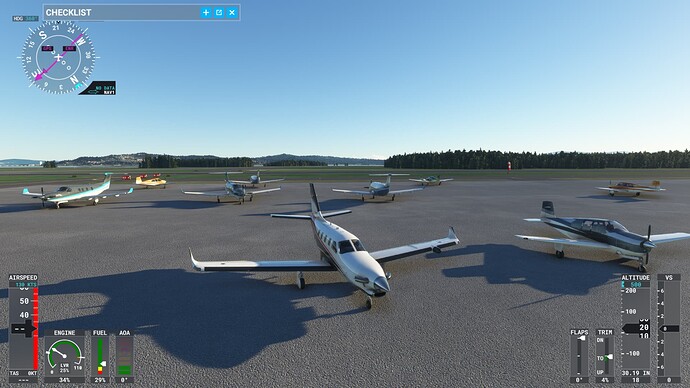 Microsoft Flight Simulator 1_26_2022 11_26_55 AM1920×1080 183 KB
This is the first time I noticed that the propellors on parked aircraft are actually stopped. Previously (maybe since day 1), all parked propellor driven aircraft had the appearance of spinning.

So did this change at some point or is it an airport by airport basis? This is Astoria OR this morning.

Not sure when or if this changed, but I’ve seen the semi transparent prop discs and other weirdness recently, such as aircraft on their wing tips: 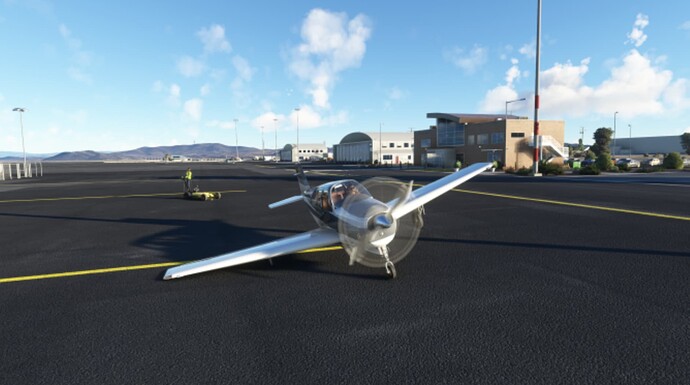 Might be the airport, or it could just be random.

Another visual propeller problem: During the different camera angle presentation of some airplanes before the flight (when a runway is selected as departure instead of parking on a ramp) the propeller disk is also static.

(But this is not explicit a prop plane problem, for example the FlyByWire Airbus has static N1 turbine spinners too during this cool camera angle presentation while rolling onto the beginning of the runway.)

This breaks the immersion so I hope it will get fixed.