Check for a SimConnect.cfg in your Documents folder and rename it.

is that inside the mod folder?

what do i rename it to?

What do you mean i rename it??

If you have used the tool " Kinetic Assistant" with a version prior to 0.7, it places a file “SimConnect.cfg” in the “Documents” folder (under C:\Users\YOURUSERNAME\Documents). This interferes with Mods that implement FADEC (automatic control of power/prop/mixture). You have to remove this file.

Newer versions of the “Kinetic Assistant” should not have this problem afaik (but you still have to remove the file manually if you ever used an older version).

I see all kinds of info here from the devs. But I would like to know please, if there is somewhere a set of documentation? Or bundled release nortes?
Thx. in advance

Thanks It works now!

On the latest version, the “flight mode” button constantly cycles between Xbox, Basic, and Advanced even though I’m not touching the control. Doesn’t seem to respond to throttle (propeller axis) or collective except to sometimes show “collective unsafe” and sometimes not (on throttle axis).

Ah I see what’s going on it’s this:

Added button/key bindings to change flight mode: GEAR UP GEAR DOWN and TOGGLE GEAR will now cycle between flight modes

On my Honeycomb Bravo either GEAR UP or GEAR DOWN is always being pressed. I can work around by removing the bindings on the helicopter profile.

Dumb question, but what controls do I use to move the heli forwards?! I can go up/down using the throttle but I can’t figure out how to go forward!

The pitch & roll axes (on your stick or yoke) should work similarly to a fixed-wing aircraft; when you pitch forwards, the rotor starts producing less upwards lift and more forwards thrust, and you’ll accelerate forwards. You may need to push the collective control up to compensate for the loss of lift from pitching forwards!

I find I can use the pitch trim control to “dial in” a specific amount of forward pitch to maintain level flight or a specific climb profile, though I’m not sure if that’s realistic or not. (I also have a yoke, not a stick, so nothing’s realistic here.

All I want to say is good job to you folks that have worked on this mod, seriously well done for getting it literally off the ground. Yep it’s a WIP but the updates keep coming and it gets better and better, bit by bit.

So good in VR, just winding down for the night here in Europe so took a flight from Long Beach across LA to land at Bob Hope/Burbank at sunset. Just a whole lot of fun and even at the level it’s at now , I find it really immersive in VR.

I noticed the same. You can recover, but the dive is sure there.

I wouldn’t be surprised if this is triggered by the flightmodel, perhaps a stall?

I would also like to thank the developers for an excellent effort. I used the H135 for a rescue mission in Neofly yesterday and being able to fly low and slow made it a joy to spot the guy in need of rescue and his crashed plane, and of course landing right next to the crash site meant more bonus money. Keep up the good work.

great mod. downloaded it yesterday and took some test flights and had a blast.
saw one person ingame in vegas having issues with the chopper though, looked like they couldn’t lift off the ground. wish i could’ve sent them a message or something ingame to see if i could help, oh well.

If you exceed 90 degrees in any direction you will fall to the ground.

Sure. Try to fly heli in xplane. This is not normal behaviour. Perhaps you touch the limits of the asobo aërodynamics…

Thanks for the update …my throttle control now works and I can start learning how to fly the d…thing.

The changelog for this update is short, but this is a HUGE update in terms of functionality so we hope everyone takes v0.8 out for a spin! As always, we need your 5 star reviews to help keep the MFS helo community growing! 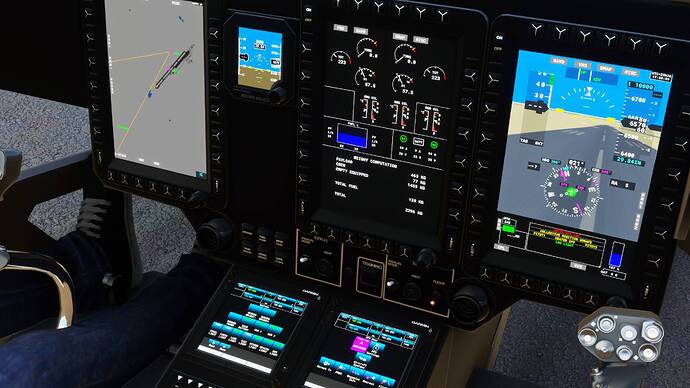