I am really impressed!

No, seriously. I have had a lot to moan about with msfs, but I finally connected my Oculus Rift and after a little bit of hassle, I can now fly complete flights in VR and despite the less than optimal resolution of the old Rift, I really enjoy msfs now!

My favourite route is the Machynlleth Loop AKA Mach Loop with UK military crews or the Roundabout with US pilots.

I went for a fly round the Loop yesterday. Imagine my surprise, when I came up behind an Asobo fast mover also flying widdershins round the loop just ahead. I don’t think it was AI, but I didn’t have names on, so I don’t know who I was orbiting with, but it was fun. I wonder if he (she?) saw me sneaking up from behind and well below and passing under?

Although Microsoft won’t allow weaponised aircraft (I totally understand that) I do think we need more fast movers. Just the MB339 is not enough.

Next trips will be Grand Canyon and maybe Rift Valley, but there are also a few great river valleys - e.g. the Mosel valley From Trier in Germany to the Rhine. There are some great twists there and a headset or even TrackIR is a must - but a VR is better.

There’s a payware Eurofighter Typhoon II out for MSFS 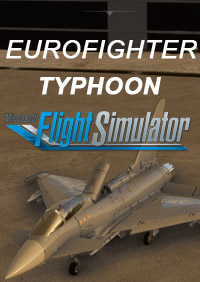 How intuitive is the VR experience for you? Do you find it clunky at all? Is the headset wearable for 3 hours straight?

Yup it’s awesome, and even though performance improvements would be welcome it’s just what I was looking for.

Just did a cool flight with the Extra in Vegas this morning, flying slalom between the hotels, then heading to Hoover Dam and Grand Canyon West, just magnificent.

Also flown the MB339 in the Swiss Alps, that plane is excellent!

Not clunky at all for me except from minor things like the mouse cursor aligning with the left eye on some aircraft like the MB339 so you’ve got to close the right eye to do cockpit manipulations, but other than that nothing wrong for the flying.
I’ve flown a bit more than an hour in one go doing low flight and aerobatics in the Extra without issues (i.e. didn’t stop because of feeling uneasy, just because I never really fly for more than an hour or so at a time anyway).

Didn’t buy the Typhoon yet becasue most reviews say that while it’s fast it’s pretty terrible in all other ways, will wait to see if it gets improved.

Jettalost: First off there is no “seat of the pants” feeling - there never will be without full six axis motion platforms. Second, I am using the older Oculus rift, so a lot of things are blurred - especially the mouseover hints and the accuracy of hitting the clickspots - the latter needs practice.

Three hours? I am pushed to manage an hour in sim before I need to get up for something (dogs need attention, calls of nature, food…) but if you are in for a long haul flight, then why not? You might find that on some VR headsets the battery life will limit your flying time. As for me - well most fast jets have a fuel capacity that means you might need an in-flight tanker after a couple of hours…

As for intuitive - aerobatics are great to do because you have instant head movement response to look down the wings at the sights and then look forward again without loss of spatial awareness. I can speak from experience there as I did train to do glider aerobatics.

Also, looking around at the world is a great aid - especially if you’re flying down valleys such as the Grand Canyon. The direct response is far better than using TrackIR. Being able to lean one way and look the other does help in tight twists and turns in valleys. I have never personally flown that close to terrain in real life - except for landing and take off in gliders. Or as a passenger with a UK Army’s Blue Eagle pilot, but the “feel” is there.

Kilrahvp - I agree. An hour is enough for me too when I am flying low, fast and upside down. I am also very happy with the improvements to the Extra and yes, the MB339 is a blast. Try flying the Mach Loop in North Wales. (Google for maps and info)

All in all, I think I may well upgrade to Oculus Quest 2 for the imagery.

The Eurofighter - from the reviews a definite “give it a miss”. Let’s wait for Iris Hornet and the the likes.

What kind of specs you have in your machine?
Did you try other VR flight sim before?

Best experience I’ve had in any flight sim. The other sims pale into arcadeness compared to what you get to see outside the “window” in this sim in VR.

If the other sims on the market (including and especially the combat flight sims) had the same scenery (edit - and weather+effects have been great on my flights) as FS2020 it would be simulation heaven all round.

I had more or less the same system as you - slightly less powered I7 8500K - but I added an nVidia RTX 3090 just before VR update so I don’t know how the performance differs. All I can say is that with the 3090 card, the Rift is pretty good for that generation of headset. It is difficult to read the text tips in VR cockpit - of course. The current best in class must be the Quest 2 though and with 1832 x 1920 pixels per eye, that is a lot better than the 640 x 800 per eye offered in Rift.

As with all VR headsets, though, you can’t see your physical joystick/yoke/quadrant/HOTAS, but you can get used to that pretty quick.

I am using the Quest 2 with the Link Cable and it is difficult to give a correct opinion. The resolution is nowhere near what I see on the PC monitor which has two views in split screen of course.
The instrument panel is pin sharp on that looking at the panel.
I have almost the same graphic settings in VR as PC but everything is just a bit too blurry in the Quest 2 Headset and with head movement slightly jittery.
I can confirm that the text tips you mentioned are readable but not as sharp as my HD monitor in full size 1920 x 1200
It would be nice to have some pictures to show what could be expected with the recommended minimum hardware specifications by Microsoft in conjunction with Oculus.

Oh and in my opinion we could expect some improvement for MSFS and Oculus users. for me they have a bug (or a conception problem) and sent support ticket with monitoring screenshots to try to prove it. I hope I’m right as we can expect a good jump in perfs.

Can you tell me how you get a screenshot while flying FS using an Oculus headset ?
I am new to VR with about 3 days use only.

To take a screenshot on Oculus Quest at any time, simply hold down the Oculus button on the right Touch controller and press either trigger. It’s important that you keep the Oculus button held down , don’t release it until you’re done.

It doesn’t work on Oculus Link, but you can take a screenshot in Link using the Rift Dash menu.

All my screenshots in Quest 2 have been using the Oculus UI - it’s far from ideal, but it works. What frustrates me is that as soon as I’ve taken the shot, Oculus displays it on my monitor, which means I can’t control the sim any more until I Alt-Tab.

Furthermore, the screens taken this way look far better than they do in the Quest headset. Spent all evening yesterday in DCS World in different scenarios taking screenshots to show how rubbish the scenery is in VR, and they were nowhere near as bad when viewed afterwards because they are then higher resolution. Hard to make the point, then.

Someone mentioned the best way being through-the-lens photo’s but I strongly disagree - as do many others I discussed it with on the Oculus forum. You see so many through-the-lens pictures on people’s YT channels and they look far worse (or better) than what you and others acrually see in the headset. Using them for headset comparison is also therefore pointless imho.

You’d think that after 4 years of the tech being in the public domain we’d have better systems in place for screenshots and recording. There used to be a direct output video recording app for Oculus Rift, but the guy gave up after every Oculus update breaking it (I was a beta tester for the dev).

This is great to hear. I have the original rift myself and i am running 5600x & 3080. Tried hooking it all up the other day and while everything looked good in VR i was getting stutters every 10 seconds or so or if i move my head around too quickly. Keeping my head in 1 position helps the jitters a lot but who wants to keep their head in 1 place in a headset, it kind of defeats the object

I first assumed it was a tracking issues so tried with 1 sensor and still no good but hearing you talk about having good experience with it gives me hopes. Wondering if it is the driver issue i keep hearing about. Hopefully i can roll back and get a good experience soon. May i ask what driver you are using and if you use 1 sensor or 2 for tracking?

Thanks to confirm. Paul.

If you’ve got a RTX3080 driver 456.38 is the one that works best for VR. Be warned though that its one of the early 3080 drivers (it might even be the first) and as such may effect the performance of other games, if you play other games. Whether or not you actually see any net gain in rolling back to that driver also depends I think in other things in your set up. There’s just so many variables with this sim generally but especially VR now.

I’ve been on the latest drivers all along with the 2080Ti and no issues. I hear of this flashing thing - I used to get that in P3D and sometimes in FSX (ewith FlyInside VR app) but I’ve not had it as yet in 2020.

@ JawlessSnail227 - what you are describing is usually a performance thing and means that your hardware is unable to keep up. That can be down to a zillion things, so it’s a case of change settings and test. Some aircraft in previous sims were just so resource heavy that it just wasn’t possible to get rid of the effect, so you had to like it or lump it.