I’ve just returned from a 2-month hiatus, only to find the MSFS world in uproar. WTH? I was expecting to find the opposite!

I am at a crossroads as to how to deal with MSFS. I think it’s a great leap ahead from FSX (landscape, sounds, performance, LOD…). but on the other hand I can’t ignore things that I find terribly annoying and actually performing worse than they did before.

-Icing issue, yes, which has been fixed, but how long did that take? And how on earth could anyone allow that to happen the way it did in the first place? And not fix it within two weeks upon release?
-(Reliably malfunctioning) Logbook still popping up when it shouldn’t, if it should be there at all. I know it’s on their list but everything takes so impossibly long! I can have kids faster than this!
-Runway/taxi lighting still always on when it shouldn’t be.
-Gate positioning is ridiculous. Any schoolkid could’ve just ADE-ed or SDK-ed it by now. Worldwide!
-(Live) AI traffic: nothing but go-arounds and ACs crashing ahead of thresholds, pathologically using the wrong runways, Cessnas polluting gates at major airports, cars driving around taxiways… So much for improved airport environments.
-A320NX: excellent project, but just don’t use FMC for STARS, or approaches even without STARS. So don’t approach an airport with A320NX at all (dev version of 3rd AUG 21), unless you’re a fan of constantly using DIR prompts.
-Live weather: Asobo, just call the guys at ASN and have them fix it for you. There’s no shame in seeking help (I’m doing it right now)…
-Clouds: Still looked better with ASN. In FSX. (see: Live weather)
-CTDs: fewer, but still unavoidable, and still too numerous.

A lot of you would call this trashtalk, I get it. And installing, trialling, fixing stuff is part of the fun. Indeed! But how long do you want me to wait for core requirements to actually work the way they’re supposed to, like not having SAT +27°C at FL300+, and noone caring to fix it fast? Until upgrades really grade things up, not down, until fixes don’t break other things in the process? Please elaborate.

Great, just had a CTD while writing this. Oh, the irony…

Oh, and this little gem just happened this morning in Lyon: 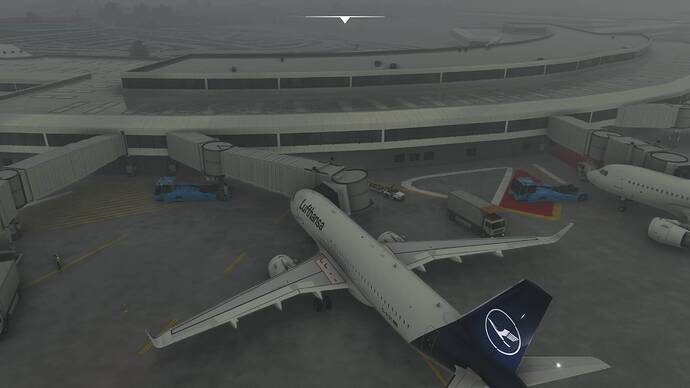 Don’t get me wrong, I really like MSFS. But I also hate its guts and I’m wasting my time. Change my mind.

Here’s me helping you. Stop obsessing over these things, and just fly the sim.

What are you talking about?? 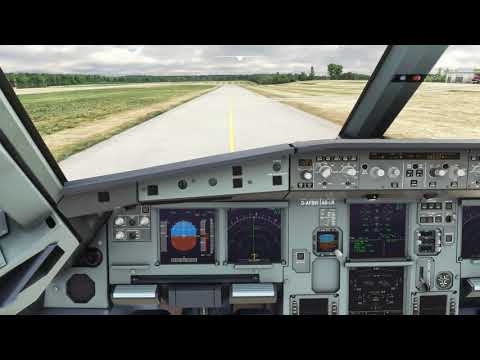 Stop obsessing over these things, and just fly the sim.

I suspect I too am a ‘fly the sim’ kind of person, but isn’t a programme with ‘simulator’ in the title deserving of all the little details being correct? I don’t share @SenseOfHomer 's particular experience, but I kind of embrace their concern for the Sim being ‘right’. Power to them.

i play MSFS for what it can do (for VFR flight it is ok, even if there is not lot of plane really accurate but navigation aspect is enough for nice VFR fligths) and use others sims (now mainly XP, i have gave up P3D) for simming more seriously IFR as i like (with rxp GPS, i don’t like G1000). Each sim has its place, i don"t see why i should choose only one when i can use several. IS MSFS really evolved in the future in the way i need, but i know my way is not the only way (like Nox say), perhaps it will become the only one for me.

Closing as a duplicate. Please use this topic:
https://forums.flightsimulator.com/t/disappointed-in-sim-update-5/426991