I stopped playing at Sim Update 4, worth coming back?

Hi guys, I left FS at Sim Update 4 after the game was so-called “ruined” after the update since the graphics were significantly downgraded for a lot of people. Since then has the game improved at all? Is it worth coming back to it? I would love to play it again.

So install it and play it again. Why do you need affirmation from randoms like us on the interwebs? SU5 was a gut punch initially but they pulled out of the dive. SU6 looks a lot nicer at night to me. I’ve been enjoying it warts and all.

Yes it is worth it. The performance is great and all the graphical issues are fixed. The new FBW experimental is superb. give it a try!

View range is there again, but with a massive CPU hit when you go to max LOD. This wasnt the case in SU4.

That’s not much of a surprise to me when taking into account they doubled max viewing distance (IIRC)… max in su4 is not equal to max in su6.

No, stay away please.

The sim is in the best state it’s ever been in now with SU6.

It is 100% worth coming back. You won’t be disappointed. The overwhelming consensus is positive with this update (minus the server issues that are unrelated to the core content).

My opinion: its indeed getting worse.

Generally, yes; have had a couple CTD issues but then again there were server issues all over yesterday afternoon/evening with everyone trying to download the update at once I guess

Ofc, come back! People like to complain, so get in to it and see for yourself

It’s a ■■■■ shoot depending on which aircraft and which update

The graphics are not back to what they were pre Sim Update 5. It’s a little better, but definitely not like it once was. It’s sad to see the permanent downgrade after seeing what we had, but it’s playable.

I thought after SU6 they really managed to get something stable for us, did 2 flights today (standard A320). EDDC-LGRP-EKCH and on final in Copenhagen all screens black! No chance to re activate something… no CTD yet but we‘ll see!

Lighting and clouds still not what they were before SU5, very sad.

It’s eye candy, but there have been new sets of errors with every release, currently appears that live traffic is broken

honestly, what answer do you expect when asking a question like this?

That’s pretty accurate I would say.

Only you can decide if it’s up to your standards or expectations.

The Sim looks and perform as SU4 for me now.

No they are not. 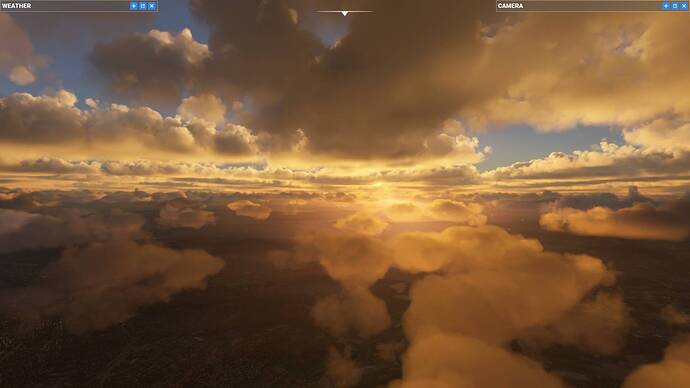