This is what I have been “working” on for the last three months, mainly by accident. It started with a nice quick tour from KJFK to KLAX when I figured “why the hell not?” along the way. I didn’t really went in with a plan. My main concern was to find a runway long enough for the Airbus out there in the sticks while having reasonable leg distances of around 1 - 2 hours at the same time.
So I basically felt my way forward from airport to airport and this is the result. It may appear that I didn’t like countries in the heartland of the big continents but it’s actually that I really enjoy going for airports close to the water so I tried to avoid “going inside” too much.

After all I can say that I really had lots of very exctiting moments in a combination of difficult approaches, pilot errors and also bugs and issues. Or even a combination of the three.
It really felt like I achieved something when I managed to get the bird down more or less safely (I surely got some calls from maintenance along the way).

I think my favorite moment was when I was descending into Darwin, Australia and came back from the bathroom and suddenly most of the cockpit was dark. Turned out that I really messed up the fuel calculation, which is obviously easy to correct in the sim.
However, the bigger problem was to get the engines back working again whithout ever having trained the procedure before. With the apparently more realistig spin-up times of the A32nx mod I had around 5 minutes of a mixture of absolute horror and sheer excitement. Even though I knew I could pause or realod at any point.

The tour also helped me with training take-offs and landings. At the start I was always looking for airports that had ILS since I was afraid of manual landings due to lack of experience. That didn’t really work out anymore once I was in the hinterlands of South America so I started doing more and more VOR and RNAV approaches and now I’m feeling like I could get the bird down anywhere. Not sure if I want to prove it, though.
I also started manually flying up to around 10,000 feet at some point so I believe this tour helped me grow a little after all.

However, here’s some statistics (not quite sure about the validity of the numbers since the logbook seems to have (had) some issues):

Additional scenery required: 2, St. Helena (FHSH) and Ascension Island (FHAW) as these are not included in the base sim.
Things I learned about aviation in general and airbus systems specifically: quite some
The fun I had after all: priceless (actual game costs were ~22 cents per flight hour on the standard edition)

So now I’m not really sure what to do next. Maybe some continental tours / bush trips to the places I didn’t visit before. Also, I reeeaallly want to go to a “real” simulator now to see if my basic sim knowledge is worth anything. Just in case I will ever be on a flight where both pilots are incapacitated and there’s no other pilot around. Just kidding. Let’s hope this never happens.

Have a nice day everyone. 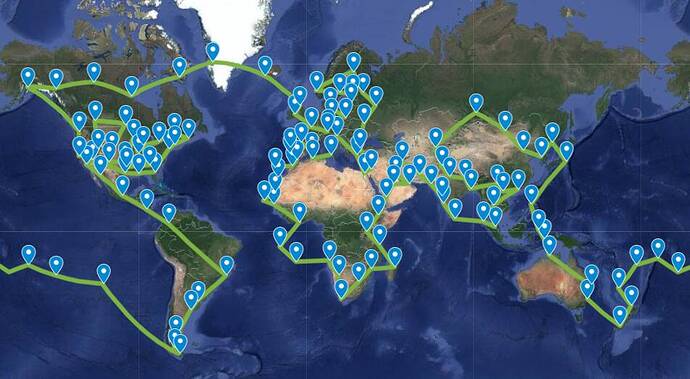 I’ve been doing a similar tour in an FF A320U in XP11 and although i am pretty close to getting it done, the arrival of MSFS didn’t help too much. I’ve been waiting for a solid A320, or similar range aircraft, to do the same tour in MSFS. Although the FBW A320 is pretty close to where I’d want it, I’m also looking at the incoming CRJ, which should just about manage the longest legs.

It has been pretty amazing to watch the mod grow over the last months. This actually set the standard for future planes I’m willing to jump into.

Edit: I have no real experience with payware aircraft in former sims.

Great thread and story. I’m part way through my own journey, in the TBM, which would tell a not dissimilar tale. You can see more here

INTRODUCTION Hi all. Having reached Leg 21 of my travels, I thought I should put a little intro here for those who may be coming to this thread new. First off, I am new to flight simming - I have tried xplane, but never really got into it. The visuals of MSFS attracted me, and here we are. As this is a sim, there isn’t progression or missions etc to provide clear focus on achieving goals, so I decided that it would make my flying more enjoyable if I did have a purpose or aim to it. So I decide…

I’m already planning my next trip, which is to visit every capital in the world, landing only in those cities/airports, in as efficient a way as possible. This is a very complex version of the travelling salesman problem - how to visit 227 cities in the shortest possible distance. My excel skills are being tested to the limit to try to find the best possible route!

In the meantime I’ve just reached the southern tip of Japan, heading towards Indonesia on my current tour.

MS could share the latest version of the sim ( that they have and we the simmers don’t) with you before anyone else as a gift.

It actually bothers me a little that I took only a few screenshots. Thing is, at FL380 things look similar to one another and during take-off and landing I got other things to do (not a friend of pausing).

I expect this present tomorrow!

I’m doing the same thing, except on a smaller scale (US to Europe) and on a much smaller plane (C152), I’d say you’ve got yourself quite the achievement!

Only one question though, how’d you get the route and stops picture so nicely? I want to get one as well

Oh, crossing the Atlantic will surely be a challenge, doesn’t it?

Regarding the map: I used Google custom maps. Unfortunately I could only measure the direct distance between airports. I would really like to have the actual distance measured which would have actually been possible if I had imported custom maps like this one but I came across the idea way to late.
Instead, I’m planning to link a flight plan for each of the legs but that might take some time as I did quite a chunk of the flight planning in the sim itself since I currently don’t have Navigraph.

Oh, crossing the Atlantic will surely be a challenge, doesn’t it?

Absolutely, so far the farthest I’ll have to go is around 3-4 hours, without AP mind you, that won’t have a positive impact on my mental health lol
I’ll probably force my dad to sit along with me on the Canada-Greenland-Iceland flights

As for the maps, call me stupid but I have no idea what you meant regarding linking the flight plans to get a truly custom distance, I’d LOVE if you could explain how to do that, thanks

Oh, I just meant to put the actual flight plans (*.pln files) on some cloud drive and place the link into the custom map (or the description field for the individual blue pins that is). Doesn’t really give me the actual distance but I could add the distances from the flight plans to get a number.
Not sure if this is really that interesting. I’d roughly say that the actuall flown distance is around 15% higher than the number I mentioned above.
For better understanding: the maps tool can measure distances between two points. 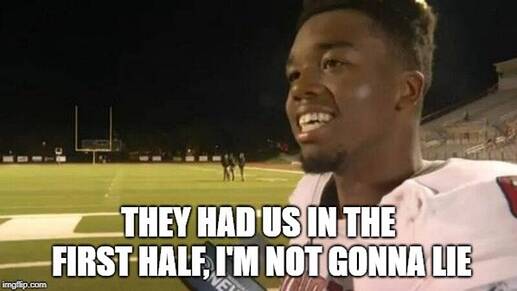 Now, do it again in an XCub. This time, touch wheels to every country realistically reachable. I’m at ~7k miles, ~65 hours, ~20 countries. I figure that I’ll be done about the same time the sim is.

I think I should really do the VFR thing with a much smaller plane.

I used the TBM for a much shorter route, by way of a tour of each of the US mainland state capitals.

It kept me amused for a couple of weeks or so and i didn’t experience any issues with CTD or AP.

The problem is that I usually do household chores during cruise. I’m not sure if this works out with shorter legs.

Edit: yes I know, real pilots would never do that but on the other hand they probably would if they had households on their plane OKAY.

Tedious? Yes, if you don’t do it as you go. Prone to error? Absolutely, if you don’t learn the keyboard shortcuts or save after every few additions. You’ll end up with a plan that will give you exact times and distances. I’m glad that I thought to do it only 25 legs into it instead of the end of more than 1000.

Main problem is still that I don’t have actual flightplans for many legs so I would have to recreate them.

I’ve had to re-fly some of legs, crashes and forgetting to land in a country. Yeah, I napped thru some of the second flights.