I'm over with the settings (till the next simulator/driver update, that is...)

So… I optimized W11 (it’s full of videos explaining how to do it) and I used Project Lasso to assign all the ancillary processes to the Efficiency cores of the CPU, thus freeing up the Performance cores for the simulator. I also set the priority of all the tasks, to make sure FS2020 always takes precedence. I locked the FPS to 45 and connected to a VPN.

So I flew like in the video in the link. Reverb G2, VR Ultra presets, OpenXR on 200%. Graphics basically on par with a 4K flat, in my opinion.

In the end the stutters (especially lateral ones) are almost gone, and I really think that this “almost” is not solvable. In fact, the remaining stutters are always repeated in the same areas (around Central Park, roughly), as if there were some non-optimized element of the scenario.

Anyone who knows iRacing knows what I’m talking about: the finish line of the Ring GP is infamous for always breaking down FPS, because there is something “wrong” in it, and here I think the situation is the same.

That said, I’m definitely satisfied: this result, considering I was recording, isn’t bad at all. Now I can only think about flying

Actually, one last question: the video is at 30 FPS. I didn’t record it at 60 FPS because I don’t know if that would have made sense, since the simulator is stuck at 45 FPS. What do you say, would the extra FPS still be seen on YT, improving the quality of the video? 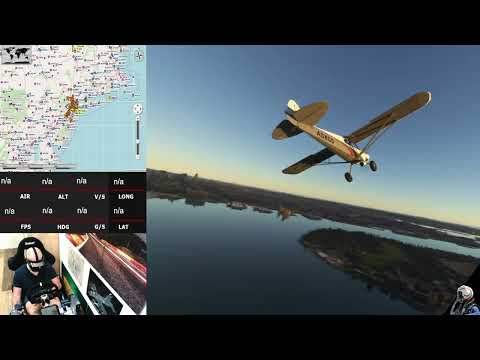 Hi, care to link a video on how to configure, yes there are lots and no doubt many are not good

There are many… really many

This article says some right stuff (also if Game Mode on my system is a big NO): How to optimize Windows 11 and Windows 10 for gaming | Digital Trends

Or maybe this: You Should Do This IMMEDIATELY After Installing Windows 11 - YouTube