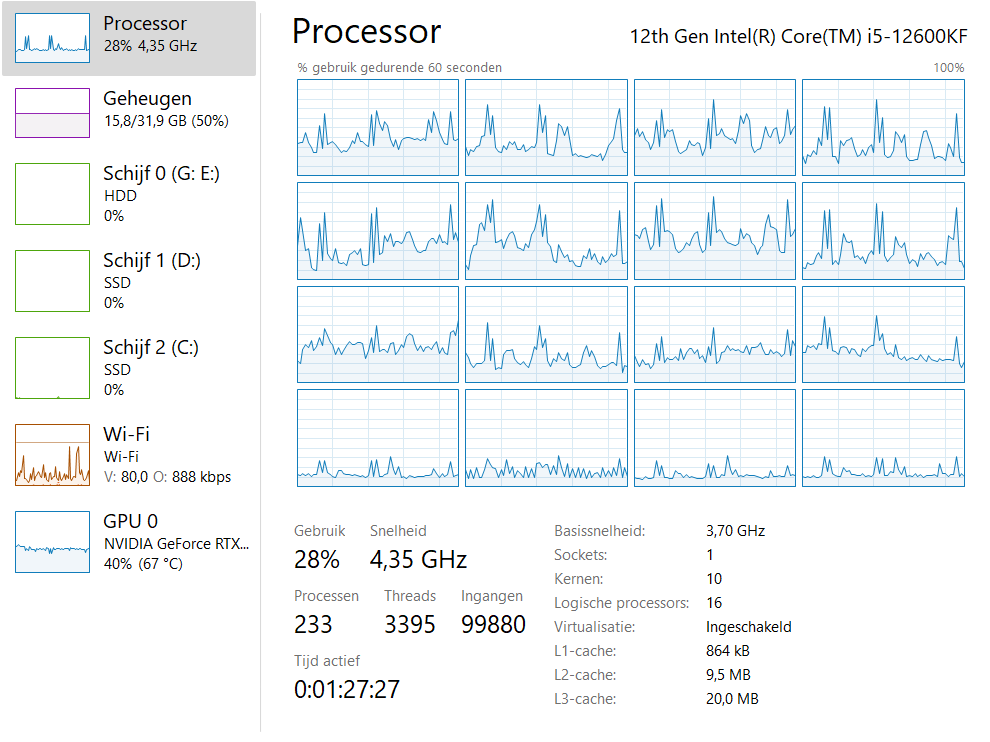 Yeah, performance is somewhat strange the last weeks. I usually start with 30-40fps on ground, after departure a solid 60 and after half an hour of flying dropping to 25-30fps and decreasing both the cpu and gpu load without changeing anything, just an aircraft at medium level cruise (FL100).
Thanks for the reply tho, I’ll check it out!

total cpu use is around 25%

Note the word “total”. It is an average of all threads.

So just so that I understand - LOD (terrain and object) are CPU hoggers and there may be other things as well like traffic etc. Is that correct?

Mainly terrain LOD is a big CPU hog - anything above 200 requires a recent beefy processor. Object LOD doesn’t have the same performance impact, and can be kept at 200 for most users.

Other things like AI traffic can have a big impact on fps when set very high, but usually has a minimal impact at the default setting.

I don’t remember where this came from, but this might help. Credit to wherever it’s due. 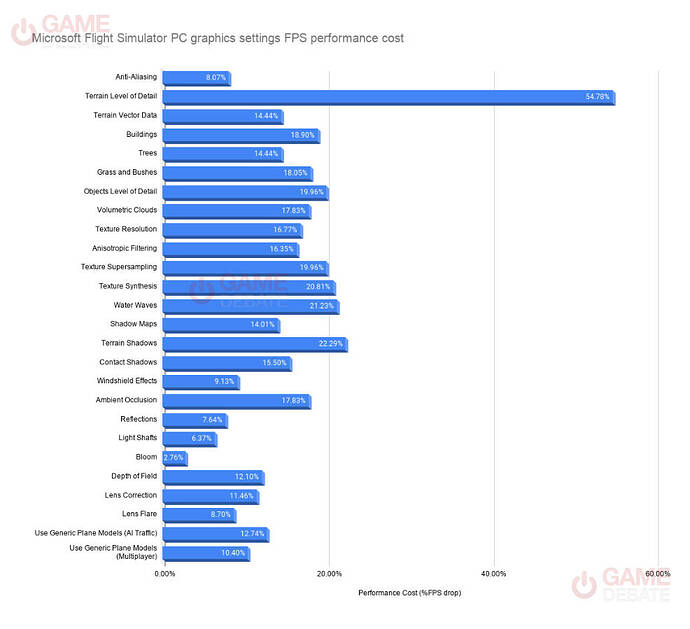 Same issue for me. Weird one. Worked fine for 3 flights (2 x 4hours long, 1 x 2.5 hours) and then the 4th 2 hours in I get performance like this out of nowhere and it does not improve.

When I landed, I was getting 11fps… usually its butter smooth.

I shut down the aircraft, exit to menu, load back in at same airport on gate and its back to butter smooth again.

Anyone got any ideas?

If anyone has the same system as me and does NOT have this issue, please can you share your graphics settings?

If anyone has the same system as me and does NOT have this issue, please can you share your graphics settings?

Was this a different flight than the previous ones? The high load on the mainthread and manipulators thread can sometimes be a scenery loading issue. For example, I get the same issue when flying over Denver on the route from KIAH to KJAC. Performance tanks with mainthread and manipulators thread taking a beating, then returns back to normal once far away from Denver. I’ve always coughed it up to poor performance optimization over certain sceneries. I have the exact same system setup as you.

Yes was a different flight / route, same country (US).

Good to hear you have the same issue with same setup as me. I was starting to wonder if it was a system issue with the game.

I can give an update though.

I did a 2.5 hour flight last night with zero issues, it was also smoother than normal, this is what I’ve done:

Made sure ofc all addons were uptodate (some were not, PMDG was).

Added a 200GB rolling cache (was using none).

The last flight was super smooth, including when flying over what was left of hurricane Ian. Same graphics settings, nothing changed.

I’ll run with this for a while and see what happens.

Thanks for letting me know I am not the only one with this spec of system though, that is good to know.