Improved FPS, but how?

What i did to improve my FPS was, deactivate all of this tools beside ATC. If i need one of em back(nobody needs them all the time), i just activate that particle tool, do what i need to do and deactivate it again.

Mannnnnn I can’t believe this really my fps went from 25 to 50-60 just doing this. I’m really thankful, I was trying to optimize the game and this was the salvation thank u a lot bro. Lorenzo from Argentina

Yea I realized about it. It’s a shame, I really wanna play the game above 30 FPS or a least 30 FPS stables but idk I can only do it in not very detailed airports. Do you have any recommendations ? If yes please let me now. I have a Ryzen 5 3400g with a RX 580 8GB and 16 Gb ram. I have some medium settings and the others in low but I can only reach 25 FPS.

Sorry, I’m not familiar with AMD systems, I’m on Intel / NVidia. I made some recommendations in another thread, but some of them are NVidia specific:

A few things to try, from experience, and from other threads: Disabling the VFR map, from the in flight menu, because in some situations it’s extremely CPU intensive. I get twice the FPS when I disable it, if I have long flight plans with 50+ waypoints loaded, in external view, and some improvements in cockpits as well. [image] Adjusting the windows performance options for background services, from here: [image] It’s counterintuitive, but it has helped some people. And finally you coul…

Had a try and had no actual fps improvement. The reporting went from 25 to 45 but that’s just because it was now giving the refresh rate of the map window which is now “on top”, the sim itself wasn’t any faster.

Can I apply this solution with only one single monitor ??

You guys are too focussed on the fps meter. You even forget to check if the sim actually felt smoother, which is the whole point. It has a big placebo effect.

If you use developer mode and enable FPS display in the menu, it will show the actual FPS the game is putting out regardless if the game window is in focus or not.

Same. My FPS drops to 10 or so as I open more windows. Got to the point it just crashed the game.

I have a RTX 2080 ti GPU, an Intel 9th gen i5 8600K processor, and 16 GB of DDR4 3000 RAM and not matter if I had every in-sim graphic setting set to Ultra with maximum number of air and ground vehicles, boats, and people or if I turned down all my graphics settings to mid range, I was still having issues where the sim would hover around 25 to 30 FPS but frequently drop down to 10 to 15 FPS and then freeze and crash the sim. I was using the MSI Afterburner on-screen FPS, GPU, CPU, and RAM tracking. I also tried the Xbox Game Bar on-screen FPS, GPU, and CPU tracking. Both showed FPS in the ranges I listed above. I never ran Game Bar and MSI on-screen displays at the same time.

So then I tried shutting both of these software programs completely down and I turned on Developer mode within the app. Wow my FPS pretty consistently stayed between 30 to 50 FPS. The sim hasn’t frozen once and my FPS onky drops below 30 occasionally when I fly feels close to the ground and it goes back up pretty quickly once the sim completes the process of filling in the more detailed graphics that are seen when flying close to the ground. Overall the sim is running much better and more stable and my average FPS is a lot higher than when I was running MSI Or Game Bar on-screen FPS displays. And regardless of what the FPS is reading on the screen with the developer tool vs. the other FPS tracking tools, I can see and feel a significant improvement in the way the sim looks and the way my planes fly.

I’m not sure why MSFS 2020 doesn’t like when Xbox Game Bar or MSI Afterburner are running in the background and their on-screen FPS displays are on the screen, but I can say without a doubt that they were both causing my FPS to drop and the sim to be a lot more unstable and glitchy.

FYI, with all of these tests I have not been running any 3rd party apps or add-ins that use SIMCONNECT. I tried a few yesterday but they caused the sim constantly freeze and crash and my FPS went down to single digits regularly. I tried running an app that allowed me to connect Foreflight to MSFS and I also tried a few different 3rd party apps that enabled my Logitech Saitek Pro Flight Panels to be recognized and used with MSFS, but they all must be using SIMCONNECT, because they destroyed by FPS and caused the sim to freeze and crash constantly. So I haven’t been using Foreflight or any of the appa that use SIMCONNECT and I gave up on using my Saitek Panels until there is a fix for SIMCONNECT.

Does anyone know if the apps that connect Foreflight to MSFS also use SIMCONNECT?

I use something similar - OZ Runways, which covers the Australian flight space. I’m interested in any solutions for connection as I love using this with all my other sims - FSX, P3d and XPlane. By the way, I also have the Saitek switch panel and hope to be able to use it also. We might have to wait for further optimization of the sim before feeling comfortable using them.

You can turn off the AI on traffic guys. It take a some cpu juice and stolen some fps. It is responsible for these lag with time when you are playing. Your FPS will increase. You will surprise.

Yes sir. Microsoft will offer you some “cheap” ones in the marketplace

Personnaly, I have resolved my FPS issue with a simple action…

To the original poster. I tried to follow it all but it got off track at a certain point so can’t answer all.

The question was, why?

The answer is something most simmers can’t live with, due to windowed mode and boxes around windows, but why is because you took processes out of the Direct-X window.

Full screen over one or ten monitors is the DX window. People that first run triple screens and are amazed that they can with somewhat lower end cards or what you’ve now seen is breaking up the need to draw a window over a window that has it’s own UI within it’s container.

A great developer, I only remember as Dan (same name as me, hehe) taught me this. I helped troubleshoot a major window issue with the PMDG MD11 and FSP (FS Passengers) and he was the dev of the latter. Eventually it was seen the certain things took certain invisible windows, or as better described to me at least (since I was a little aware of it due to Flash and web design) that it had code that used more than was available. Now this in itself has little to do with it but in the end it it’s this same kind of process that boggs down Direct X. I would explain it only in that way if I had the words, but I do not.

People for years thought I was lieing when I had to run in windowed mode to allow for undocking windows and had better FPS. I stayed thrilled for years but then had other issues with the borders of windowed mode. New updates also turned it around here and there.

Bottle-necks come in all forms and even the FS20 developer tools don’t take into account variables. It will change but not sure in which direction. Currently FS20 runs and is coded for DX11, not 12. The incredible reflections for instance that you might swear had to be ray tracing, are not. Things are done in a way to where it’s better than even hardware RTX, yet people beg for RTX because they (and I) bought high end cards, haha. There are many work arounds basically that may change just due to an update and most come in the form of the plecebo effect to where it seems incredible one minute and you boast about it for 5 weeks, even though it only lasted the one minute. Windowed mode has it’s own issues but certainly helps others. Always depends on the system if it’s worth it and what you weigh highly over other things.

Take it with a grain of salt because there will be things you see later that annoy you that you’ll have to choose one over the other. I really wish I remember what those things were but this is going back a lonnng time, even though it’s the same fix we all had many years ago with the near same code (yes, new sim, but lots of the same fsx code is here too).

It’s my understanding that the “Number of Processors” option is msconfig is there to LIMIT the # of processors used, for troubleshooting purposes. Otherwise, Windows will always use the available processors by default.

The second monitor trick worked for me as well… ultra strange !

Hi All it happened to me too. Im using latest proc from AMD Ryzen 9 5950X and RTX 3080. Without the VFRMap popped out to 2nd monitor the FPS is around 30-40 low 20 sometimes. Im using ULTRA setting at 4K.
But when the VFRMAP popped out and move to 2nd monitor FPS from NVIDA Experience jump from 30-40 up to 60-70 sometimes. Experience more or less the same though. I meant it could NVIDA Experience frame counter detecting different things? not the MSFS is improving or its a bug.
Odd behaviour of the FPS though 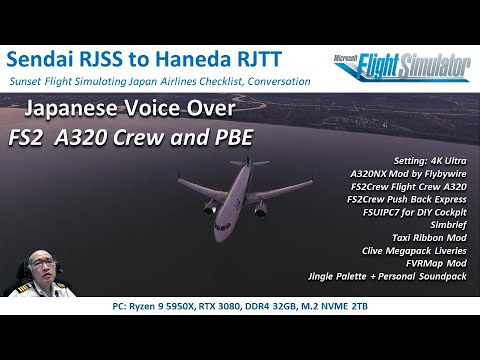 Compared with if its without the map popped out 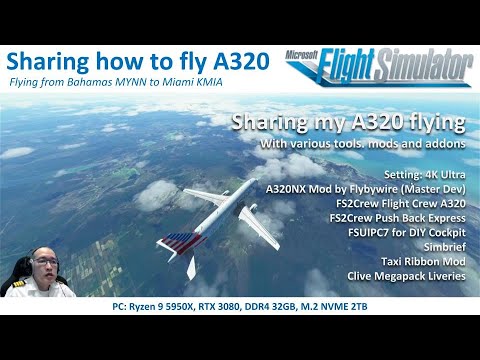