fantastic looking aircraft i remember well from earlier flight sim , i have had 4 CTD though on the goose , first two were selecting a cold dark start on london city airport in us navy livery , final two were airstarts on the default burgundy and cream machine and when i moved the stick hat to view right it lifted my view outside the aircraft then crashed both times , flight dynamics are great with nice sedate handling and a continuous roll to left so you always need to be on your toes with it or trim it , great to see such a glamorous old beast in the sim and great work despite her flaws

Amazing! Love the goose… just in time for the vr patch!

Similar here. I can’t start a flight without a CTD. I will test more and see if I can figure out what the cause is.

I realize this is new and we’ll have to work through some issues. Fine by me

EDIT2 - OK. I can start in the air just fine! She flies like a DREAM. Still testing.

EDIT3 - Tell me if this is annoying you all. Hoping to maybe help those trying to fly this bird. After about 5m I had a CTD. I was flying into Paris, seemed to be when trying to load in Paris assets? I cleared out my Community except for the Goose and testing again. BRB.

EDIT4 - Flying GREAT! Something is naughty in my Community folder! With just the plane loaded it starts cold, on the runway, and in air just fine. Autopilot works great if the keybinds are setup. Everyone must have this plane!

i have had 4 CTD though on the goose , first two were selecting a cold dark start on london city airport in us navy livery , final two were airstarts on the default burgundy and cream machine and when i moved the stick hat to view right it lifted my view outside the aircraft then crashed both times

Hey thanks for the feedback. As for the CTDs unfortunately these are Sim crashes and nothing I can really help with HOWEVER, I know for a FACT that Asobo ALWAYS want to hear about CTDs as the sim should NEVER CTD. I’m just going to quickly find some links on the best way to report these crashes so that Asobo can fix them.

There is rudder trim available just in front and to the left of the pilots seat so yea, go ahead and trim her out

OK @sttovo and @mushioni
https://flightsimulator.zendesk.com/hc/en-us/articles/360015913659-How-to-report-a-bug-
In particular the big about retrieving the Crash Logs.
“How to retrieve crash logs”

Thanks for looking into this. Will be interesting to see if you can find anything.

i was just about to fill in a feedback form but yes it is more likely sim based as i also have had a crash yesterday with the vl3 so in hindsight i think thats more likely , the goose i really liked the look of , cockpit is really well done and vintage feeling and you do sense that with the pipework and aeroquip hoses everywhere , the right view thing possibly a camera height issue in its cfg ? no biggie for me because it is a great piece of work and not a single mfd in sight just oil and steam gauges

Oh and no CTD for me (20min flight in the USNavy livery).

I love '30s planes and this one is very promising, it has the “right feel”.

When the bugs are ironed out, I’m sure I’ll fly it a lot.

Yea the whole Radio Stack is INOP and I forgot to put that in the OP. Fixed.

Did you have the Generators on?

Oh sorry, it was already there : “Whilst the full radio stack is mostly INOP …”
On my way to the 2nd test flight to check the generators. Thanks !

Congrats on the release! Now just a day of work to get past so I can try it out. Also a big thank you for your work on the 500D for XP, I spent a lot of time flying that!

Clear out your Community folder except for this plane and try again. I had the same issue. Some addon is causing a problem. Now to figure out which one.

floatting without the floaters… hmmm

Oh cool! Trying it out now, a few rambling notes:

I really enjoyed my first test flight in this plane, and look forward to flying it more! Good work team!!! 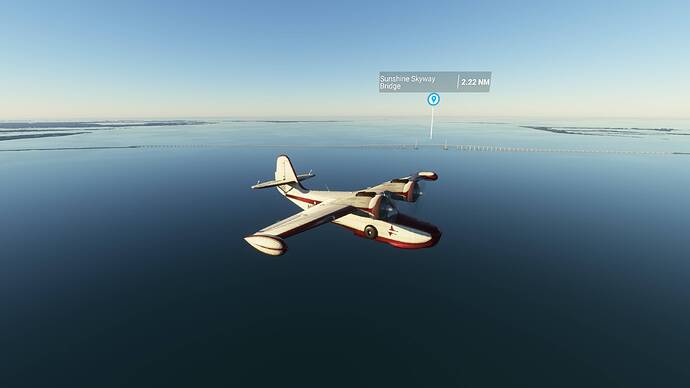 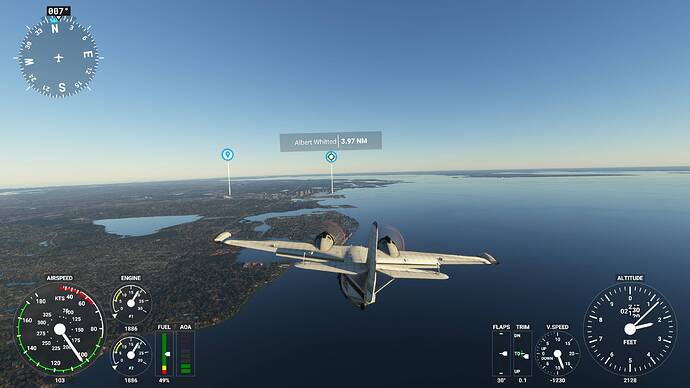 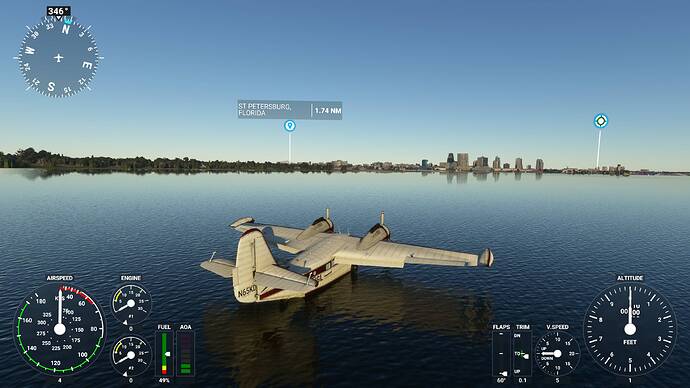 After landing I found the engine had stopped completely though I had only throttled down all the way, and throttling back up from idle naturally doesn’t restart them.

[EDIT] I am using xbox controller for throttle (yes I know, not ideal) and it appears throttling down all the way puts it to 25% reverse thrust. Could going in reverse have caused the engines to stop during landing? Mixture is still set at 100% full rich, so I didn’t just accidentally set mixture to cutoff. Fuel cutoff valves are still set to “on”.

[EDIT 2] Trying to reproduce the conditions on a second attempt, I encountered a sim hang (not CTD, it just froze/hung MSFS so I’ll have to kill it from Task Manager) while attempting to put down the left-side float arm. Might be coincidence.

It seems to be good, I have only traffic ship of henrik nielsen and it goes well , thanks other probleme, the engine stoppe regulary…

Does it work in VR , all convert from fsx crash when I enter VR mode ?