No addons in Community folder. Developer Mode not on.

Simply all installed airports & aircraft disappear after world update V. Still they appear as downloaded and installed in Marketplace. Thought this bug was over… but here we go once again.

Any ideas except signing out and in and reinstalling?

What is shown in your Content Manager (profile page of MSFS)? Are there any requiring updates?

The other thing to try is refreshing the rolling cache - Go to Settings > General > Data and delete rolling cache, then you need to initialise it again by switching it back on on the same page, clicking save, and waiting while it initialises, then restart the sim. 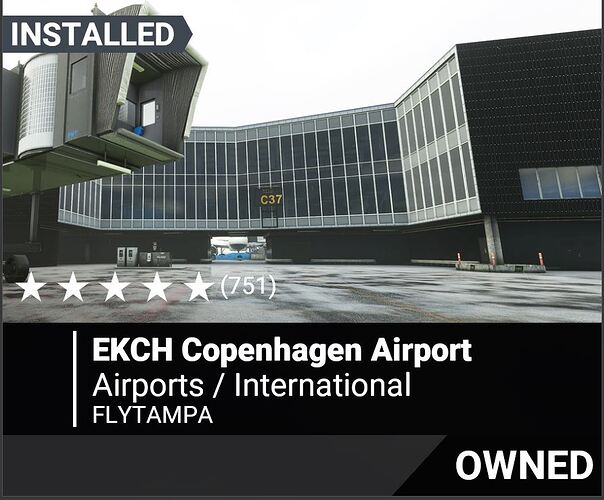 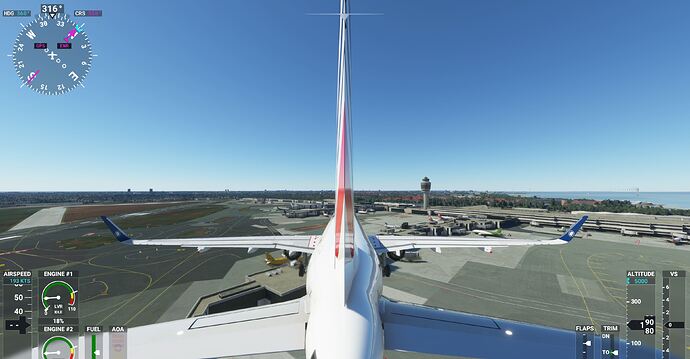 Hi. There are no updates required and deleting the rolling cache did not work. To give you idea how this is there are attached pictures for Copenhagen airport with the post. The airport scenery appears installed but it is in fact not. The same goes for the airports included in the World Updates.

This wasn’t after a World Update - but after (though not necessarily because of) an update to an upgraded version.
My purchased YAYE Ayers Rock Connellan (AUSCENE) disappeared from my owned items but appears ‘updated’ for $AUD28.
The other AUSCENE I purchased - YSPT - is still there.
How do I get back what I already own?

Look in your content manager they probably will just need downloading again. It might be best to start with the updated stuff first and then download and test the others singly as there’s no guarantee they won’t cause a problem

Had a search for it in there and it had disappeared from there as well.
I’ll give the XBox (X) a hard restart and see if it doesn’t reappear.
I’ve enjoyed both AUSCENE addons I purchased. YSPT is small, but very detailed. The flying around Gold Coast is surprisingly accurate. YAYE is great too. That’s why i’m keen to get it back!
Thanks for your help.