Ok this is not really serious but – having just played a round of EA Sports PGA Tour Golf, I wish Flight Sim could integrate with that game, so you could fly over and through golf games in progress…

Not a bad line of thought. In 10-15 years we should have the bandwidth and satellite coverage to livestream the entire world using photogrammetry… in VR. Raises some serious privacy issues though.

You will need to wait for helicopters before the integration can be done. I’m preparing the code now. The idea is that there is one helicopter per hole, hovering between the player and the green. Before you can putt out you have to play your shot over or under the helicopter, all the while avoiding the rotors. The machines hover at different heights so you can hit either a flop shot over, or a stinger under.

I’m hoping to put up a pre-alpha of this shortly.

Come on guys there is so many things on the list do we really need such useless posts ?

Following multiple requests I am now, as a priority, encoding a Sense of Humour plugin - to be released on the Store shortly.

Sorry to disappoint the hundreds of you that messaged me saying they can’t wait for the golf integration, but my team has now devoted all available resources to the new plugin.

Resurrect Microsoft Links and then integrate with it.

as a retired SAR/HEMS Pilot living in GA, this would be IRL impossible.

only permissible small drones are used for the low level aerial footage and usually a high level blimp with noise suppression installed is allowed in the airspace around golf course when the PGA Tour comes to that particular course.

TFR’s are put in place to prevent aircraft and helicopters from approaching and creating distracting noise.

yes this is a sim, honestly, would be interesting to see players and people moving about the courses if the date matches a PGA Tour date.

but, if using R/W Data, would be impossible because of the TFR in place.

How about formula 1 races? Haha

True, but it’s also impossible to fly over the White House or the Kremlin at low altitude, and I did both of those things today in the sim…

i did mention if R/W procedures were in play

would prefer this game merge/morph into GTA when you land, but that’s just me.

Hey CapStar362, rules are there to be broken! And I assure you, in my 68 years on this planet, I have broken many!

im not arguing that

You could use the telemetry app data to “place” the cars on the track. 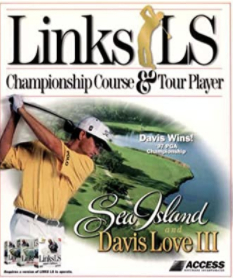 Did the Sea Island flyby on my world tour…wonder if I could visit all the old Links LS courses - I bet the quality here will be miles better than back in the day!

Yeah, coz what we need are more super helpful posts like these:

This issue was adressed in the closed alpha numerous of times, but it seems that you, Microsoft, understandably is not too fond of switching over to a competitor for providing a service of geometry and sattelite imagery, but please hear us out. The data that Bing provides is INCORRECT. It may be photorealistic in a sense that a very few parts of the world have been 3d-scanned and all that and thus appear in a higher resolution that usual and with a higher level of detail as well. But when Bing …

If this is what I can expect from Garmin in its product line, because I’m assuming if they allowed their name to be put on it, they stand by it - I’m never purchasing ANYTHING from this company. [Clipboard01] Is NEXRAD supposed to look like this? Why can’t I go direct to a waypoint in my flightplan? You can’t select a departure procedure? Procedures are missing for some airports? RNAV/ILS procedures that do exist, can’t be flown without a transition? AIRAC cycles can’t be updated? Asobo…

Is anyone else really dissapointed? General Discussion & Feedback

Look I haven’t had enough time in the game but to be honest so far I’m not that impressed. The UI feels like Windows 8. Its not intuitive, even just adding in the surface wind at an airport is more complicated than it needs to be. I feel like the interface needs to be made less blocky and more practical. The physics seem awesome and so does the weather, which looks amazing as do the airports and that is exciting. But my PC can’t even run it properly (9700k with an RTX2080). Sorry but my PC isn…

Bugs Galore - Why was it released? Bugs & Issues

I started a flight last night in the 787-10 from NZCH to KORD - 16hr expected flight time. Just started my descent into KORD and at about 18000 started to slow from 290 to 240kts. The plane went into a death dive and crashed. I couldn’t do anything. What a waste of 15 hrs. The autopilot is next to useless - no vnav (should be flagged as inop). Vert speed mode takes multiple clicks to get it to work. FMS is half baked - cruise speed shows as 310.84958969692 (I’ve used the decimals as random nu…

Hi devs FIX THE EXTERNAL POINT OF ROTATION AROUND THE AIRCRAFTS. CENTER IN THE MIDDLE OF SCREEN. THROW THE DUMB CAMERA EFFECTS IN THE BUSHES. OR AT LEAST BE ABLE TO TURN OFF. BRING BACK DEFAULT HATSWITCH FREE LOOK. GIVE US SLIDERS THAT MATTER.

Hereby my honest opinion, I have to say I have been very impressed at first by the stunning graphics and visuals. My opinion has shifted however after performing some flights and testing out various aircraft. I have the impression that a lot of development and effort has been put in the graphics and the rest of the simulator has been left severly lacking. I’m primarily interested in IFR flying, it doesn’t feel like the simulator is ultimately designed for that, evident by the vast amount of sin…

These all add brilliantly to our day, are great fun to read and are so much better than actualy enjoying the sim /s

Surely go for landing on the track during the race

Just out of interest, how much have you actually contributed to improving the sim? Zendesk bug reports and feature requests in the pipeline? Or do you just keep complaining about people leaving negative feedback?

I think I’m into double figures on ZenDesk - and have voted up all the major top 10 bugs and many of the wish list too, thanks. I know there are issues, but all the dramatic threads don’t help much, if at all (other than maybe some chest-unloading therapy?). It would be good if people did the ZenDesk thing first and stated that at the top of their threads.

Anyways - this thread is about some humour and fun

I actually quite like the pilot feedback one by the way - although to say that the views are diverse is un understatement. Hard to see how so many pilots can disagree on pretty much everything!