Just a Few Questions on the Longitude

This sim is awesome! I’m learning and making progress. I can taxi, take off, fly with autopilot, and navigate pretty well - but I still have a lot to learn. Unfortunately if my Longitude were real, I’d have had to buy about fifty new tires by now (once I got out of the hospital) and I’d probably be banned from Bob Hope airport. I’ve seen a lot of different videos on it and I see a lot of behaviors that to be honest I don’t want to emulate. I really want to learn this right from the beginning and not learn bad habits like I did with X-Plane. I have only a few questions, if you can spare just a moment.

As always, thanks everyone. You’ve been a great help so far.

No one can answer your questions unless you tell us what airplane(s) your flying. Every airplane has it’s own set of v-speeds. You can search the internet for the pilot operating handbook for the airplane. It’s all in there. Just remember that the planes in this Sim sure not study model level. In other words, if the stall speed, flaps down, says 44 its, the Sim plane will have a variance.

He literally wrote in both his subject title and content that he is flying a Longitude.

If you read the title, the OP clearly states “Questions on the Longitude” which infers that the OP is asking about the Textron Aviation Cessna Citation Longitude…

I’ve googled every combination of terms I can think of, but nothing comes up. I did find some pilot operating handbooks, but they were for sale. Otherwise all I’ve found is mostly sales and specs, but nothing specific. Maybe in this day and age they don’t want detailed flight instructions to get into the wrong hands, which is understandable.

So the Longitude has a few big issues right now preventing me from giving you a regular pilot perspective answer: firstly, it has a massively aft-heavy CG which is inaccurate. Secondly, the engine thrust ratings are seemingly incorrect.

To that effect, these two issues greatly affect all phases of flight and if you were to compare to anything online you’d quickly find yourself in trouble. The CG/high AOA issue causes irregular nose up attitude during cruise and climb. Additionally, this issue affects your Vref because with a normal flaps full landing you’re going to be stalling the plane at 130kts or less.

That being said, with its current iteration, I aim for about 140 on the approach speed and close the throttle as I cross the threshold at ~50 feet. You’ll float for a second or two then should come down at a relatively smooth landing.

There is a long thread on this plane where I learned a number of things: Cessna Citation Longitude

Among them is that some things in it are currently just plain broken, unfortunately. Fuel, especially. It uses twice as much as it should and the tank it half as big as it should be.

Yes, I just found that too. Lots of good info there - thanks!

I have been flying the Longitude non stop since yesterday (did a bit more than 10 hours with it so far) and I have to admit that fuel planification with it is almost impossible. I hope Asobo fix that ASAP.

I absolutely love flying the Longitude. My favorite aircraft so far. It will be wonderful once the bugs are ironed out.

From a Citation Pilot I know:

"I cannot help you with any information specific to either the Longitude or the Latitude as they are new to the market. However, one comment I can make is that for the jets there is no fixed speed along the approach path. Instead, one usually starts with the LLZ intercept speed which is commonly around 180Kts and then the IAS speed reduces gradually along the approach path. This is managed by the combination of power and aircraft configuration such as flaps and landing gear and very rarely, speed brakes. The aim is to achieve, at the right distances, Vapp followed by Vref at the threshold. The power varies slightly from the norm according to the weight of the aircraft or wind gusts. The KEY is to achieve Vref at the correct point above the runway surface if you are to touch down at the touchdown zone. Anything else can be embarrassing if not dangerous.

The C525 range, which is what I fly, has an average Vref of 105Kts IAS with touch down some 5 kts lower. We normally lower the U/C at approx. 5NM when we intercept the GS but depending on the published procedure it can be a little earlier. At this stage, the IAS would be anywhere between 160 Kts and say, 180 and commonly ATC command a speed of 160Kts up to 4NM after which the pilot does what it takes to achieve Vapp leading to Vref. I am surprised that Cessna have not posted their checklists on the Web." 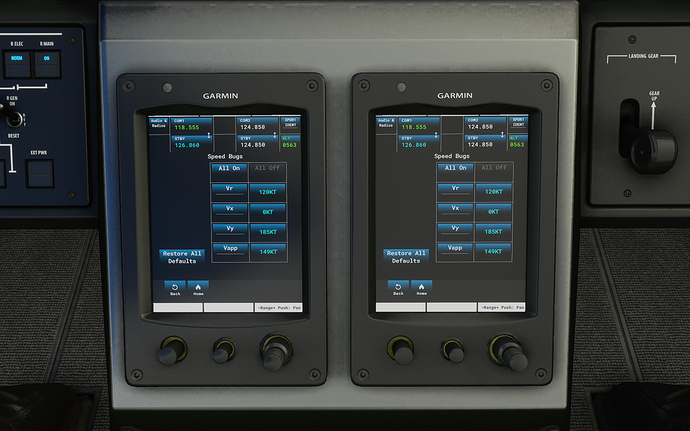