I think that most cowled versions are for Wasp Junior engined variants, so I didn’t have any plans for them, but again, if enough folks would like it then it’s not a huge drama to add that as an option / extra model version in terms of visuals. I would not likely add the Wasp custom sounds though as it wouldn’t be viable for the product at this time.

Thanks for taking the time to explain your development decisions. I’ve not really followed development on your F-15s as modern military planes don’t really interest me much (at least for msfs) but it’s good to hear you provide a lot of support and updates for it. I guess I’ll just have to lower my expectations a bit for the Stearman and enjoy it for what it is. And for the price I can’t moan too much!
Cheers.

It is true that today, looking closely at any Stearman of this type, you would see some variations in the cockpits. Especially if you were looking at a restored duster vs a bone stock original survivor.
That said there wasn’t any major difference between the various original marks other than the engines.the original airframes were built strongly enough to go from the 220hp Lycoming all the way up to the weight, power, and torque of the Wasp 450hp motor without any structural changes to the airframe at all.
I don’t entirely disagree with the other squawks if we can call them that. The windscreen framing is heavy on this model, the wing and cabane struts have no airfoil shape to them as they should,
But in general you have captured the overall look of the Stearman trainer.

I hope you will consider making some minor corrections to your model in the interest of fidelity to the original design. This airplane while relatively simple and unremarkable to the uninformed observer is THE most familiar aircraft to the legions of WWII aviation enthusiasts here in the US. And due to its popularity and availability, it is one of the few planes most people have seen close up at air shows and museums the world over.

And it’s out! Bought and downloading. Got things to do today so I won’t be able to try her out for a few hours though, bah!

Super excited to take her out for the 1st flight. Just about to hit the sim!

Let’s not forget that Continental and Lycoming usually derate their engines for reliability and safety. They could provide more power if properly fed and controlled.

Got it and happy. Look forward to the small bug (i.e. windshield) corrections and the odd refinement. Great sounding engine could be a little louder at startup and idle, but already produces a nice bit of vibration from my sub-woofer through the controls.

Look Fantastic ???
This is not a Stearman, this is simply a caricature, 3D model isn’t exact.
even at this price it’s a scam

Is it allowed to edit/modify .cfg files (flight_model, engines…) and the .FLT files ?
Or are they locked ?

If you buy it from Just Flight or other third-party stores you can modify things, but from the Marketplace I don’t think that you can.

OK thanks.
I really love to be able to set some params (like elevator, ailerons, trims etc…) exactly as I like.

For me, seems to roll a bit too well for an early Stearman with only one set of ailerons, also seems to have a touch more elevator authority at slow speeds then you would expect as well as the typical MSFS lack of prop drag. Though I have never flown a real Stearman so what would I know

Overall though a fun little thing if you want something to just jump in and toss about. Why, the polygons might well give you a case of the vapors, I declare! 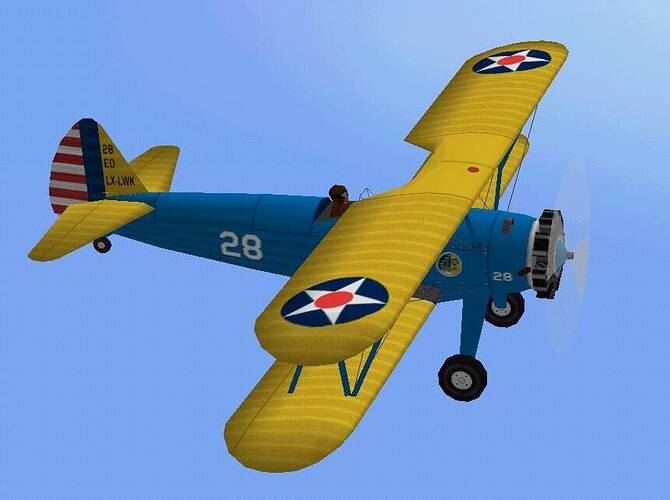 That said, DCD has said they’re going to fix the prop rotation and shape issues in a patch coming out in two days.

in 2000 the computer capability wouldn’t allow them to render anything better than what you have posted above…your argument is specious at best.
Today for 20$ you can have a model like this 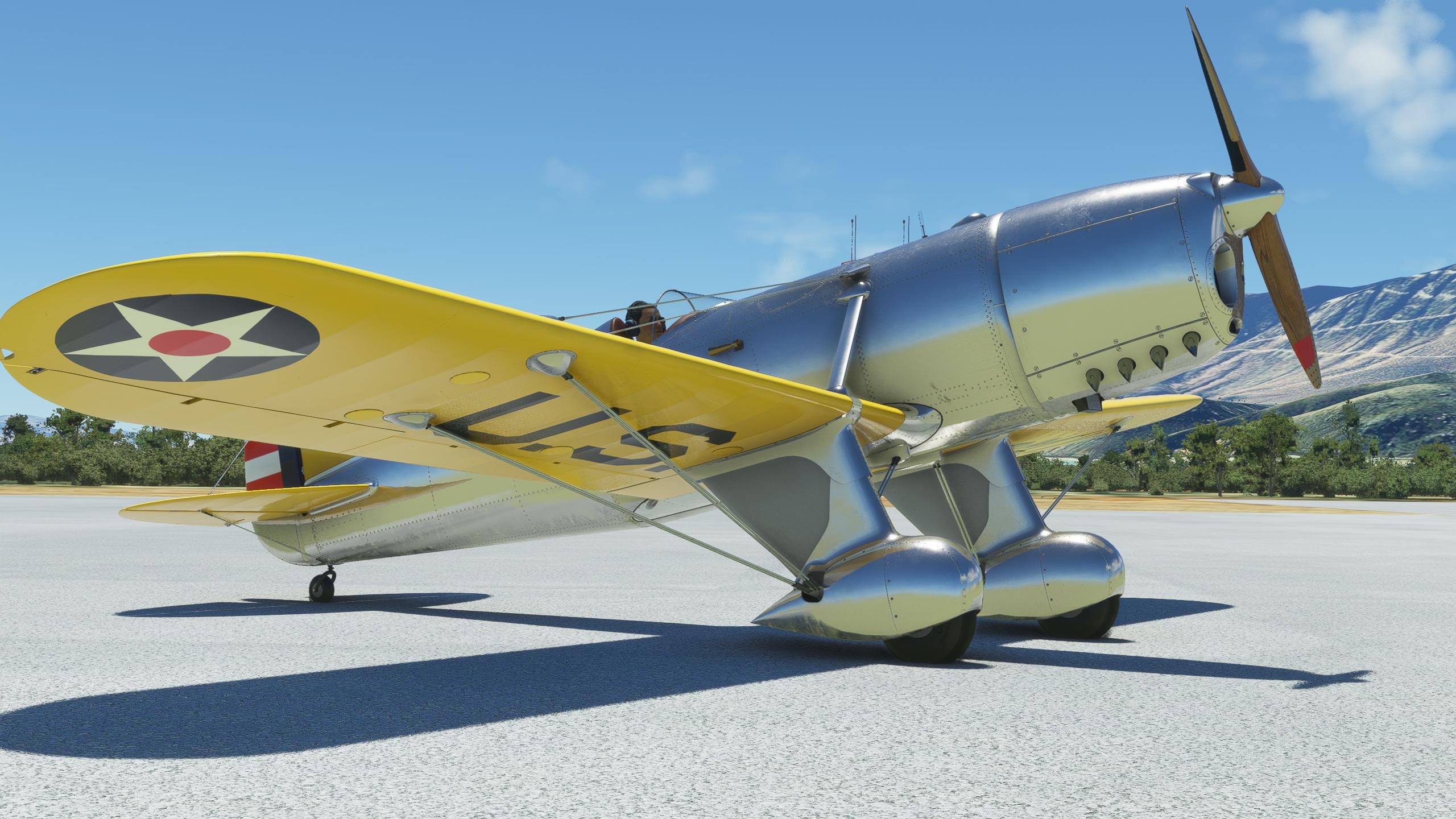 2560×1440
…there is no need to defend overmuch, either the developer who takes too many shortcuts - or deride overmuch, the aviation enthusiast who points them out as I did. P O L I T E L Y.
We’re lucky to have this capability with our current PC’s - why shouldn’t we expect better?
7 Likes
← previous page