The issue you describe has been happening to me since November, through the last 2 sim updates. Escape and Restart does alleviate the problem, but I’ve sent 2 trouble tickets to JF about the issue and all I’ve gotten back is that it’s the sim’s fault, not theirs.

The biggest challenge with this issue is that we have been unable to reproduce it here. Until I’m able to do that, it’s a case of trying various things in the hope that one will provide a solution, which is never an efficient way of working.

We have been working on this ever since the first report came in and there are a couple of possible clues in the most recent feedback so hopefully we can find a solution soon.

Just noticed there’s a new release out (today) v0.3.4. No email, but noticed it when downloading the Hawk and 146 from my JF account.
Release notes here -

Off topic - That’s interesting. I wonder if the the Propeller material tweak could fix the static aircraft propeller issue when the sun is shining on them and it looks like they’re spinning? Maybe an addon could fix that problem (or Asobo could).

Thanks for letting us know.

Both the Arrows were updated as well. It looks like there were some common changes among all the Just Flight planes, so all of them got updated at once…

Good to see they are still updating regularly. This is one of the better GA aircraft in the game.

I got the mail today. Have to say the Asobo avatars look so much better. 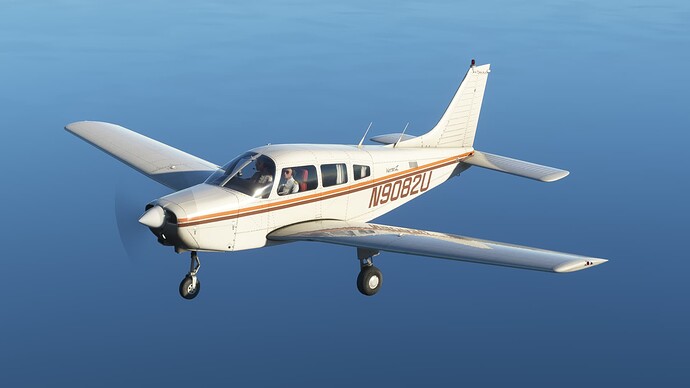 I picked this up on a whim as I had a code for 25% off as I bought the Arrow bundle (as predicted, Justflight are bankrupting me, I have all of their MSFS aircraft now and I built the PC three weeks ago haha) and you can see why it’s a favourite of flying clubs all over the world. It’s incredibly forgiving, and very easy to get to grips with. And the developer has managed to convey this ‘feel’ into the sim. It’s a great product.

I love the Warrior.

If you get bored with the red seats there is a mod (posted above) to turn them blue. 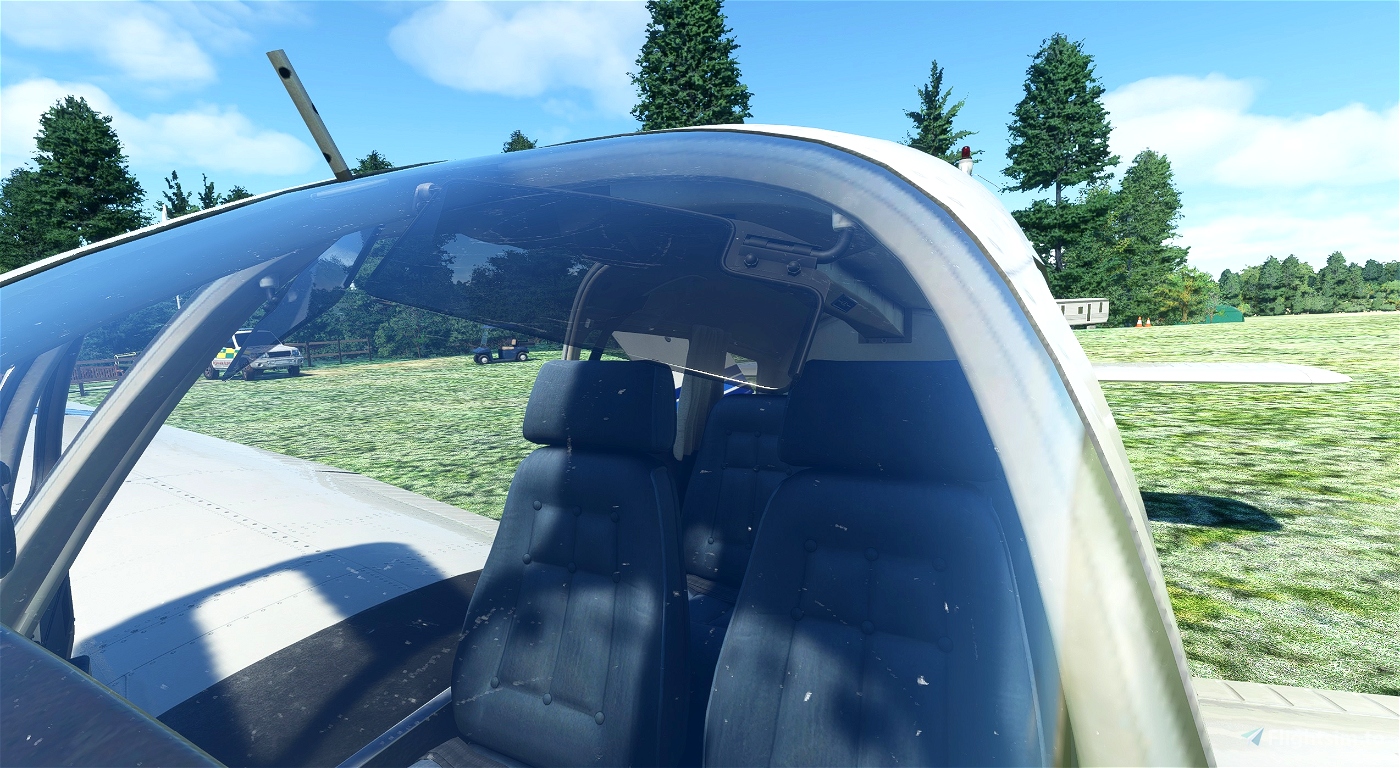 I don’t mind the red personally but I’ll give this a look as it does look very good. Thanks.

It seems a bit of a rocketship sometimes, but given the current state of core “physics” I can well understand. Generally a nice aircraft though & generaally well behaved.

What is bothering me is that for some reason I can’t use the default bindings for pitch trim - they work in the turbo Arrow III ( and the Hawk & 146 ). Using the trim wheel with the mouse is all sorts of awkward.

I’m holding off flying the Warrior until they fix the flight model after the next Sim Update. It’s still one of my favorites in the game, but right now climbs and stalls seem off. Haven’t noticed problems in the Arrows.

Climb rate at MTOW seems about on the money 600-700fpm at about 80kts ( over the sea to rule out atmospherics ), but start unloading it and sometimes I feel I could fly it as a glider. Perf keeps changing every SU and even between SUs ( it’s not alone! quite a number of aircraft seem to keep changing feel ) so I think it’d be a fairly pointless task trying to nail it down at the moment…

What’s up with the stalls? seems to just mush in PA-28 style in a level stall, at least. If you manage to get it in a spin it seems to flop sideways & rotate around the pitch axis, but given you’re not meant to spin one & it takes some considerable effort to get it there I think that’s probably a message

Last time I flew it climbed at over 1000 fpm with both front seats occupied. Seems a bit much.

Yes, out at sea again, default half fuel, copilot enabled from EFB & bang on 1000fpm at 79kts.

When I check the POH and this calculator PA28 Performance with that load, I don’t see any way the Warrior II can reach 1000 fpm at that weight. It’s calculating around 600.

Easy enough to pretend I am in a Cherokee 235

I’m hoping that they can fix those pitch jerks as well. Seems to affect the Arrow’s as well. Last I heard they were waiting for Asobo to get back to them as JF isn’t sure what’s causing it. I love the warrior but don’t fly it because of this issue alone.

The POH table only offers full payload performance, unfortunately ( and I think that calculator caps out at 620 too! ) - but half payload → double climb rate makes me a bit suspicious :p. Not a RL Warrior pilot but I know a few, I can ask ( although they’re mostly flying knackered school aircraft ).

Edit: some oohing & sucking of teeth later, opinion is 1000fpm constant-speed climb possible at low level with just one on board, but not for very long, runs out of puff fast.