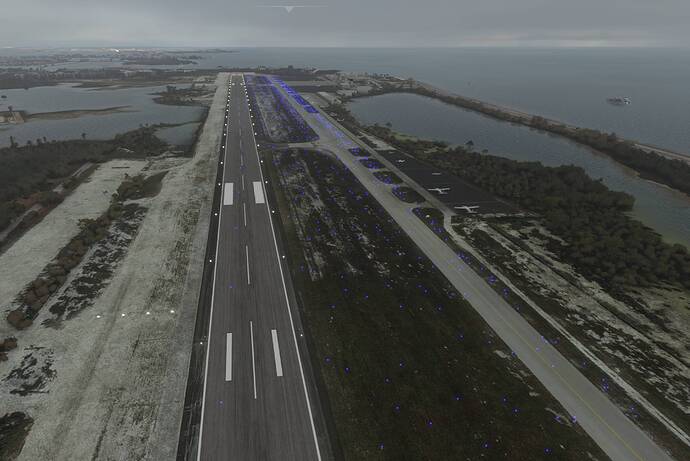 Guess that’s for FSDreamTeam to fix. Just send them a message with the picture. I’m sure they’ll fix that in no time.

I hope so, I fly out of KEYW more than anywhere else.

This is happening to several third party airport addons. Not exclusive to FSDT or KEYW. There doesn’t seem to be a rhyme or reason though.

Of course it doesn’t have anything to do with us, it affects basically every party airport which use the 100% standard “Light Row” feature of the Scenery Editor.

We already notified this to the proper channels, and it seems there are some default airports ( KFHR, for example ) which has been added in the previous USA update that shows the same problem so no, it’s not a “3rd party” problem, and I suggest the moderators not close the thread like they did with a similar one about KORD.

IT IS a simulator bug, no questions about it, go to default KFHR to confirm that.

I also did just see this. Apparently something in the SDK that wasn’t working (bug) is now “fixed”?

It appears the SDK update has fixed taxiway lights using light rows. The lights will now either be a distance apart or “Snap to Vertices” which puts the taxi light exactly where your red dots are. Great time saver! When using the distance option, the editor view and final view are now the same, with the first taxiway light appearing where you start the light row. BUT - &^(*@ Now the lights are PURPLE again! They are correctly BLUE at a distance and as you get closer they turn freaking pu…

The new “Snap to Vertices” option in the editor is great, and it has been added after following our suggestions ( and several other developers too ), and will be very useful to make better airports, since we can now place long rows of light fixtures with each light exactly where it is AND we can even use a custom 3d model, without using the horribly inefficient method of placing each light separately, which right now was the only way to achieve that, but with a large cost in fps.

However, we think it’s possible that adding this feature ( which enhances precisely the “Light Row” objects ) might have caused this problem.

In maestro Umberto I trust. If it’s made by him, it will get fixed eventually. I had windsock-related issues in this very airport and he fixed it.

Unfortunately, this is a problem we can’t fix, and it’s exactly the same for dozen of other 3rd party airports, see this thread here:

Howdy everyone- I just noticed that most of my payware addon airports have taxiway posts/lights all over the runways, just like we see in the default. This is new- didn’t see them before in the addons. KMIA, KLAS, KORD, KSDF, KSAN- so they’re happening across developers. The only airport that didn’t have them was Flightbeam’s KDEN. Anyone else seeing this? [kmia.PNG] [kord.PNG]

The “Light Row” feature in the Scenery Editor, which has been upgraded in this version, seems to have broken lost of existing sceneries that used it. I’m fairly sure it will be fixed soon, because the bug is quite severe.

Thank you for the update!

Can confirm this is severe lol 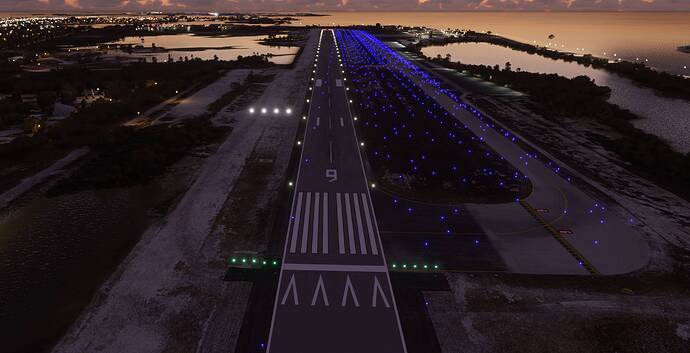 There’s no need to post further in this thread, because this issue affects hundreds of other airports from every developer, and there’s already a thread about it, in which it has been confirmed it can happen everywhere, including some default airports:

Howdy everyone- I just noticed that most of my payware addon airports have taxiway posts/lights all over the runways, just like we see in the default. This is new- didn’t see them before in the addons. KMIA, KLAS, KORD, KSDF, KSAN- so they’re happening across developers. The only airport that didn’t have them was Flightbeam’s KDEN. Anyone else seeing this? [kmia.PNG] [kord.PNG]

So, no use posting here, as if it was a “Key west problem”, which clearly isn’t: it’s a widespread issue with lots of sceneries.