Trim before take off (right rudder, left aileron to counter the rudder roll and nose down elevator - plenty if aft CG)

Smooth application of power. Do not exceed max indicated torque.

And as was already said, gentle rotation and be ready to counter any left yaw. Build speed in ground effect if very heavy.

I am noticing I cannot switch from com 1 to 2 and same with Nav 1 to 2. I am pressing the com and the nav knob for that. I have installed the garmin 1000 NX from market place.

Am I doing something wrong, or is that an issue of the garmin nx, or even in the sws kodiak?

I have the NXi mod and have no issues switching navs or coms.

Which button or knob do you press?

The outer knob for changing frequency. 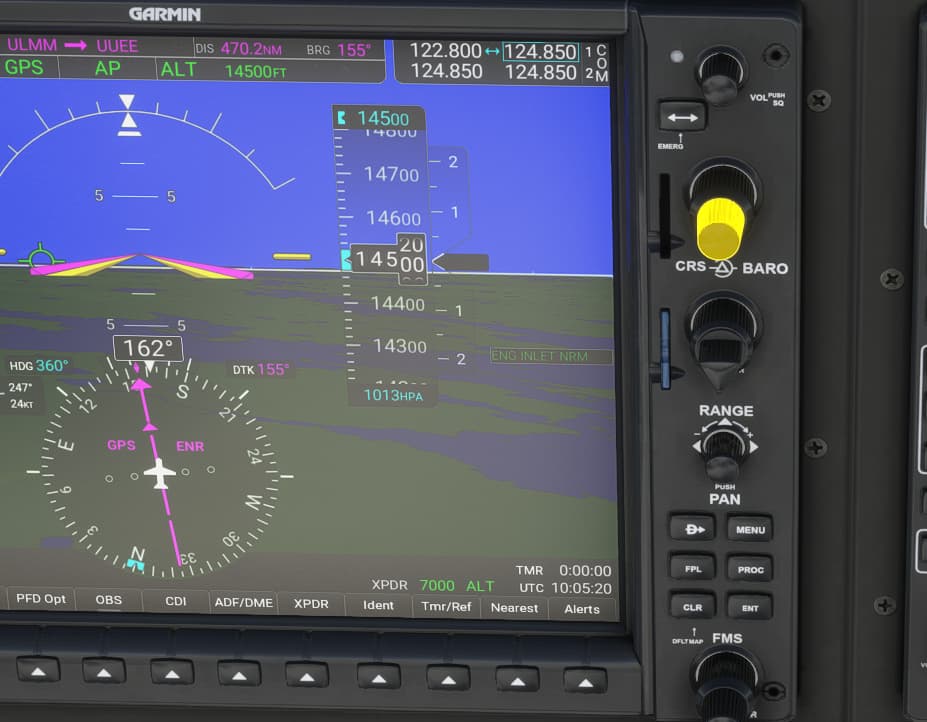 Yeah, I figured you were doing it right so it must be a bug. Maybe there’s a conflict with one of your other mods?

Maybe. Probably I should try re-installing the NXi - will do that later on. Thx!

Funny - I deinstalled the NXi, but having the same issue on the original Garmin. Re-installed the NXi and of course still same problem, I cannot switch between Com or Nav 1/2.

Maybe there is a setting in the Garmin, which I accidentally changed before?

Anyone, who knows the Garmin better?

hey there, does anyone know if the cabin bug has been addressed yet? i see there’s been a couple updates

What bug was that?

the one addressed in this very thread. the cabin always is 25c no matter what the outside temp is or if the doors or windows are open when sitting on the ramp.

Ah that one! Yes, that’s been fixed. Cabin temps will now align with ambient until AC is turned on

awesome. ill try it out