Emergency fuel is not available after the center 1 fuel tank has been emptied. The aircraft shows 16% fuel left – the amount of fuel available in both left- and right main fuel tanks. I cannot find a method of switching fuel tanks or feed it into the center tank.

On the left hand side in the cockpit, the yellow cover labelled “EMGERG FUEL” is inoperative and cannot be activated to gain access to the fuel in both left- and right main fuel tanks. Any help would be appreciated.

Which one of all the L-39s with wingtip tanks has this problem? Do all of them have this issue?

I experienced this problem with the “default” model of the L-39. Not one of the special Reno models, but the basic version from the expansion pack. The white and blue livery with number 39 on the wings.

Haven’t tried to see if the problem occurs with the Reno versions – will do tomorrow.

OK. I’ll check on my side in a few hours, I’ve done several flights on this plane, and they lasted not long enough to notice fuel problems. My problem with this plane is non-operational RMI (GMK-1AE is always OFF).

Firstly, I’d like to thank you for making me realize they are wingtip fuel tanks. I’ve only been flying for a few weeks – still heaps to learn. But now that you’ve mentioned it, it does seem obvious.

The only other L-39 aircraft that have wingtip tanks are the L-39C “Drop Bear” and L-39C “Sarance” models. Both models also have inoperative covers for the emergency fuel system.

I discovered the issue flying from LKVO, Vodochody Airport to EGTD, Dunsfold Aerodrome. 10 second before landing the center tank ran empty and the engine died on me. The 16% fuel was stored in the wingtip tanks, but not available because of the inoperative emergency fuel cover and switch.

I just discovered that there is a switch on the right hand side near the invertors labeled “Wing/Tip Tanks”, but that one is also inoperative/not interactive. So they somehow added the ability to add fuel to the tip tanks, but forgot to make them functional.

Once again, thanks for making me remember tip tanks were a thing!

Yes, fuel from tip tanks is not usable. Currently only manually, via the menu. In this model, if we start the flight with full tip tanks + center tanks, the center of gravity goes out of its forward limit (21%) when there are around 19 gallons in the central tank. 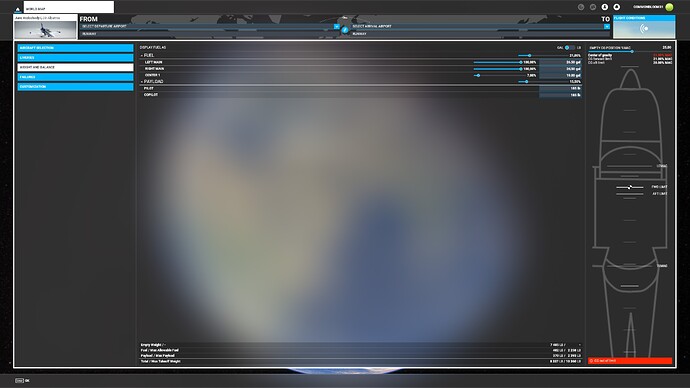 Today I experienced the same issue with L-39C Drop Bear. So I think L-39s with longer range have the same problem with the emergency fuel. 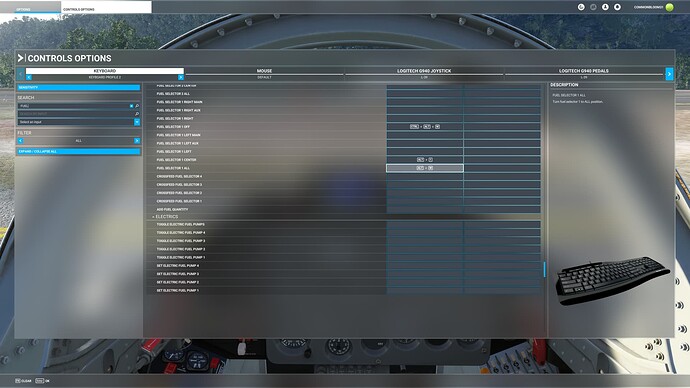 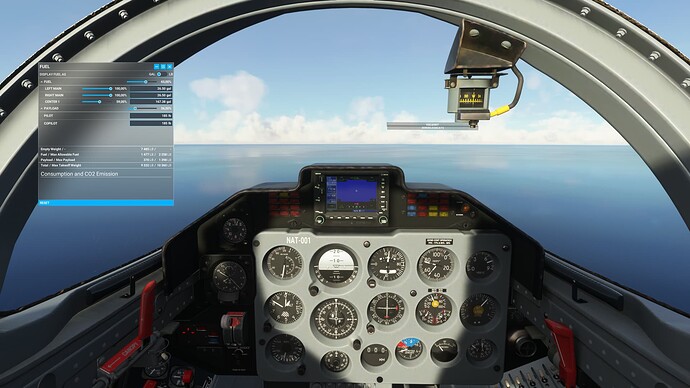 During my test flight, I emptied my wingtip tanks for 50% in 20 minutes. This is much slower than IRL (IRL you empty your wing tanks in 15 minutes) because our plane still consumes fuel from the center tank, and IRL this does not happen - IRL when they consume fuel from their wing tanks the fuselage tank (a real L-39C has 5 of them, including a feeding one) stops consuming. I just do not remember does the fuel consuming order regulates automatically or manually. Unfortunately in Asobo’s model the WING TIP TANKS indicator on the caution & advisory lights panel is not working (because the WING TANKS automatic circuit
breaker on the main CB panel is not operational in this model), so are not able (without opening a menu) to understand do we still have some fuel in our wing tanks or not. 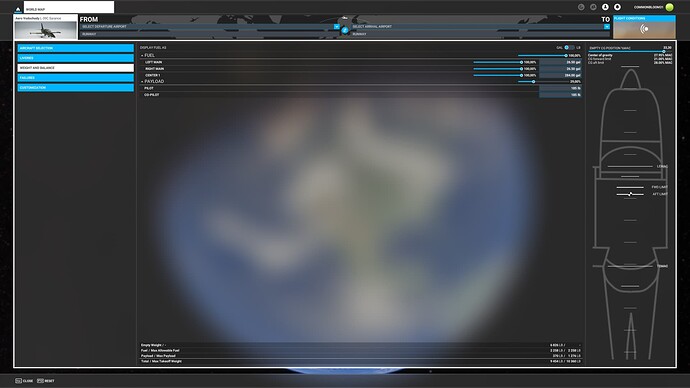 the plane spawns with 50% of fuel only (a bug) and the position of the CG does not present in the in-flight menu. SO, the question on “When to press Alt+W” to keep our CG is still open for me. 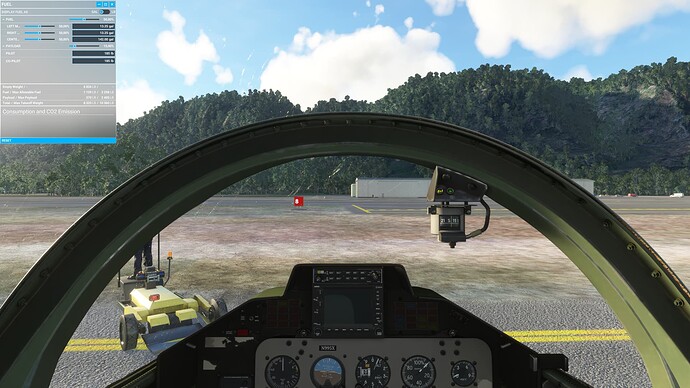 There is also a kind of workaround for External power and her External power indicator light which is always ON in this model after we start the engine not allowing us to cut off electricity fully at the end of a flight and not allowing the Logbook to appear after the radio is OFF (for those who likes to see that Logbook at this moment)
To get rid of this External power connection we shall assign a key here: 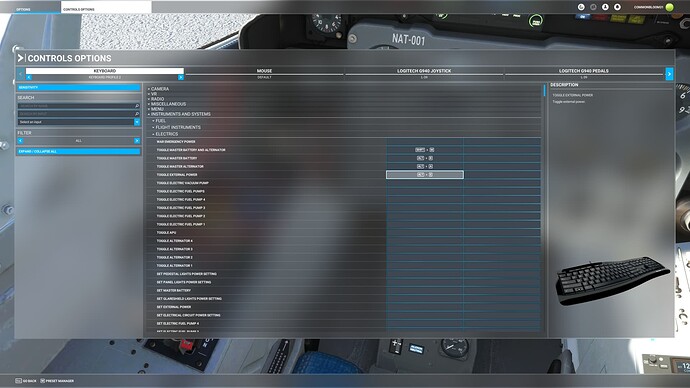 Thanks for the workaround.
I just crashed in IVAO because of this issue ¬¬
( I was thinking that I had more fuel because the indicator showed that there is 150kg aprox left, and no… the wing tips were full and not draining from them as it should.)