i rlly hope MS team can add lampost like Xplane have it will look so mutch better at night insted for round whit dot… Hope this will be added in the futere !

Anyone noticed missing lamp poles/posts? This is the first time I’ve been to this type of airport in this light and the lights come on but there are no poles. This 6S8, Laurel Municipal.

Also interesting is that there are no hangars, where as the real airport is covered in them in this area. They have a system which adds building and houses but does it not do hangars as well? 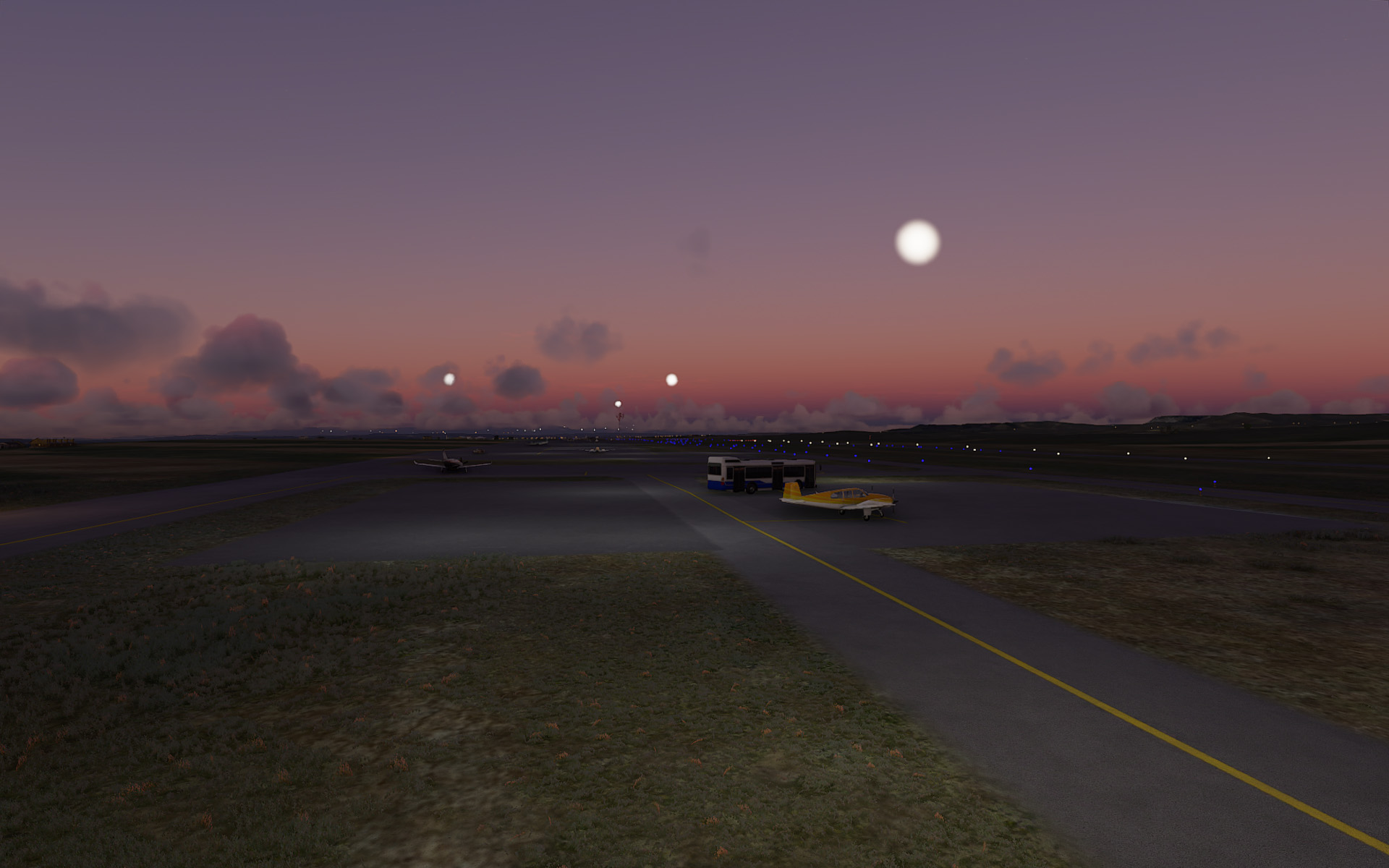 Lamp posts are probably missing for performance reasons. Unless you are at a very low altitute no one would notice.

But I’m talking about the ones missing at airports and they are very obvious when you are taxiing.

Part of the problem here maybe that the lights should be on hangars, but since there are none we have floating lights?

I suspect adding them at airports would be a manual job (where it starts showing poles and where it stops and goes back to the floating ball). Therefore I doubt they will fix this.

Well if they have an automated system to add the light sphere why can’t it automatically have it add a pole below that? I believe that’s how some other sims work. It just looks very strange like this, like the aliens have come to take over

The light poles are made of extremely thin and high strength fiber optic material. Don’t believe me? Either do I.

The reason it took 14 years is one guy manually placed every light source (no pole) in the entire world!

Lamposts can be added with the sdk not sure if they light up though haven’t checked it out.

i have installed SDK but how to start it up and whare to find lampost inside it ?

nvm found it but is to mutch work to adding all light pole… -.-

Agree. Biggest immersion killer of low altitude night flying. I am not sure it will be an easy feat to fix this stuff though. They will have to train the AI to place the light poles where those floating orbs are. But then again they will first have to fix the placement of those orbs because I have seen them floating at very awkward places.

But time will show

Yeah it would take forever to place all the lamposts.

Lamp posts are probably missing for performance reasons. Unless you are at a very low altitute no one would notice

Perhaps, but also, unless you arent very low and very close to said lights, they wouldn’t be rendered , and thus have no effect on performance. (thx to LOD. Very Close: Bulb&Pole, Medium/Far: BulbOnly)

Yeah it would take forever to place all the lamposts

They placed all the lamps?
Why not add a pole to the floating orb model? (LOD, only show pole when very close)

That would be nice if that were the case but at the moment they are just not rendered at all.

Absolutely, I just meant that performance should not hinder lamp posts being implemented, since they wouldn’t need to be rendered all over, just the lamps closest to you.

If it could be done via the ai then yeah that could work.