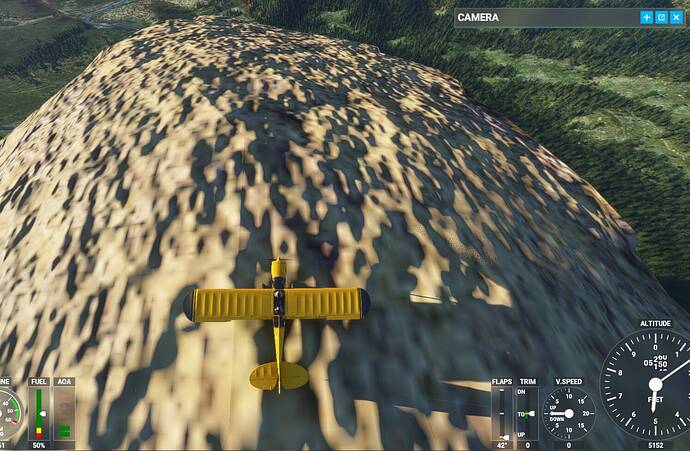 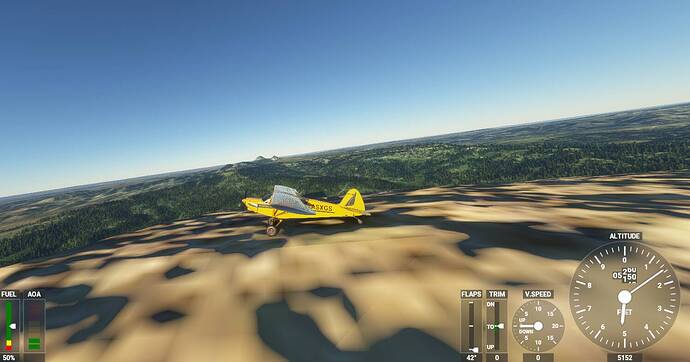 Yep, Did that the other day. How can one resist?

We have done a group flight and all of us tried to land there. Was a lot of fun !

For me it was much tougher than landing on the monuments at monument valley…not sure why, but wow. Took a few tries.

just needs all the folks up there who climb it every day to greet you with a pushback and fuel.

Little off topic, sorry, but does anyone else have issues with Devils Tower not appearing until you’re almost crashing into it? It just suddenly pop’s in only when I’m within about 2 miles. I run mostly high/medium settings.

Yep, came up very late on our group flight

Yea - I circle around until it appears.

Taking off was some white knucke flying…

thanks ATPL and JohnLocke for confirmation it’s not just my settings!

I also had the same problem, it only appeared when I was flying right above it. Annoying when you’re trying to locate the Devils Tower from a distance!