i’m landed without problem in Peretola its strange

Yes. Many times without problems

I experienced this as well in LIRQ and LIPE, not when starting on this airports but only when arrive from a distance.

See the screenshot there are cracks all over the Airport (screen only shows the biggest ive seen). 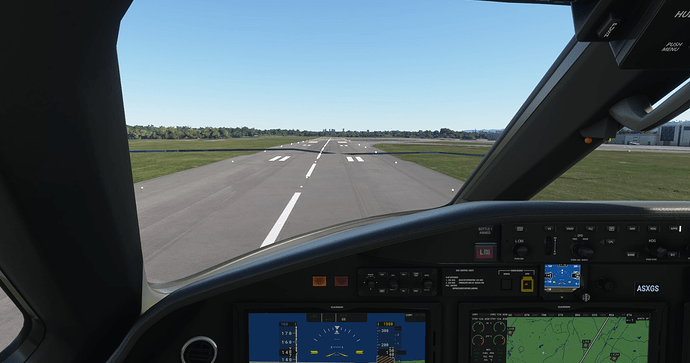 Happened to me too this night. Reported to Zendesk.

It happened to me in KMSP Minneapolis St.Paul, rwy 30L, same issue. Already reported to Zendesk too

confirm, same for me in Bologna LIPE

I believe what we’re seeing here is screen tearing. It can happen at many airports (personally, I’ve seen it at Daytona & San Diego) and the faster you’re coming in, the more likely you are to see it. Fly the same landing in a 152 and you probably are going slow enough that it won’t appear. Come barreling in a plane flying 140+, and you’re more likely to see it. If you’re unfortunate enough to hit it on landing, it will absolutely throw you off. The one in Daytona launched my King Air nearly straight up before crashing on the tail. If you use the drone camera or developer camera, you won’t see the screen tear as you’re moving too slow.