Fresh reinstall did not fix the problem…

That’s disappointing. I’m hoping it’s something server side that gets resolved when SU10 launches.

Could Somebody send His Traffic settings on working departures?

Maybe related to su10 not building a content. xml file any more? I’ll try adding AIG to it and see if it helps. I noticed that apparently the fenix a320 also has issues if it’s not in the content.xml file. It’s a long shot but worth a try. Something common to both our installs is causing issues.

What settings have you got? Vsync, dx12 / dx11 DLSS, locked framerate?

I have found a solution. It seems setting Airport Ground Vehicles off (0%) causes the issue. Setting traffic to 1% allows the supporting cast of vehicles including a working pushback truck to spawn with the traffic allowing it to push back and depart.

The pushback truck that spawns in when Airport Ground Vehicles are off needs to be fixed.

Issue is related to the Ground Vehicle slider set to 0%. When adding an airplane via SimConnect and add a flightplan the AI States PreFlight, Clearance, BeginPushback are called. When comming to Continue Pusback athe actaul ground vehicle is spawned but never connects to the Airplane. Traffic State remains and the airplane remains parked at the gate.
Steps to reproduce:
-Disable Ground Vehicles in the Settings
-Span Airplane via SimConnec and set a flightplan
-Check the traffic State of the airplane 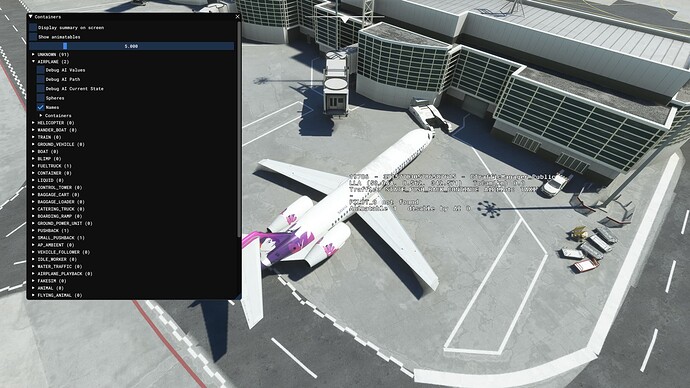 This is super stupid, I reinstalled everything for nothing

Or you can look on the positive side and say we eventually got a result. Glad it is working for you now. I know it can be frustrating when others dont seem to have the problems you are having.

Any further info on this?

I’m still finding traffic is calling for push but not actually pushing back even with ground vehicles set to 1%.

Sorry not sure what may be happening on your end. I’ve had 2 accounts of this fixing the issue so far.
It’s still a bug from Su9 of course.

Have you got any vehicle mods active? Do the ground vehicles actually show at all when you set it to 1%? maybe setting it higher may help?

Oddly I never saw this is SU9. Right now I’m using AIG with in the in-game live traffic, nothing else.

I’m going to pitch up at Heathrow and let it run for a bit. I’ve just tried the same thing at Edinburgh (with ground vehicles at 0% or 1%) and the pushback tug spawns, the bridge comes off but nothing then happens.

Whether this workaround ultimately works or not there is clearly something wrong here that Asobo need to take a look at.

Having seen nothing happening at all I restarted the game and it does indeed actually seem to work now.

I’m also seeing baggage carts & catering trucks but hopefully none of the stupid busses/forklifts etc that blight the game.

Thanks for the suggestion.

Short Update on this one:

Issue has bot been solved in the current Beta build. The WOrkaround via the Airport Vehicle Slider set to at least 1% still has to been done.
Besides the missing service vehicles the jetways also do not work with Airport Vehicles set to 0%

Like I noted in the bug thread this is still a regression. Su9 worked fine with the slider set to 0%.
We now have to deal with the fps hit from all the added vehicles if we want traffic to depart.

I have setup traffic to Real-Time Online again. Traffic is back 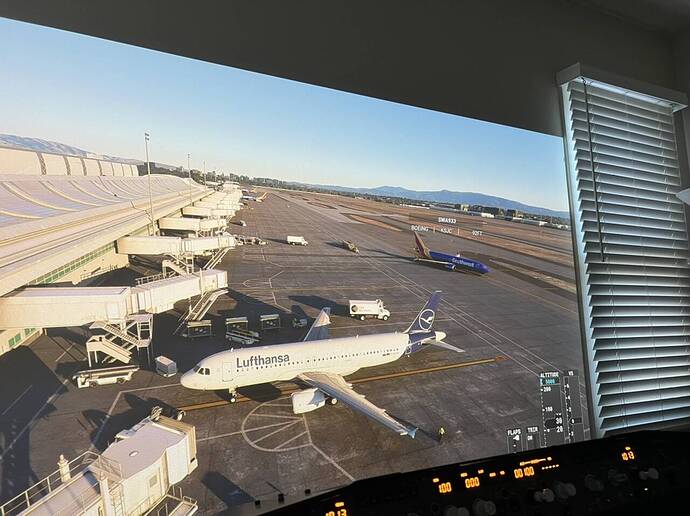