Hi, I’ve been flying nearly daily since the release. I have only the Live Traffic enabled and it has been more or less scarce during past months.
Today I made a flight KBOS-KBWI with the marvellous FBW A320N ( finished about 30 mins ago) and the quantity of live traffic was marvellous. Not so hurry in KBOS, but in KBWI there was over a dozen planes departing and some arriving. Ground services were difficult to obtain due to traffic jam taxiing…!!

There’s been quite a bit of traffic for me as of late. It also depends on where I’m flying, of course, but it’s been good. Still only 40-50% of the real world traffic at best though. Although I’ll take it.

This was my Garmin the last couple of days flying over Florida. It’s been nice to see busy skies. 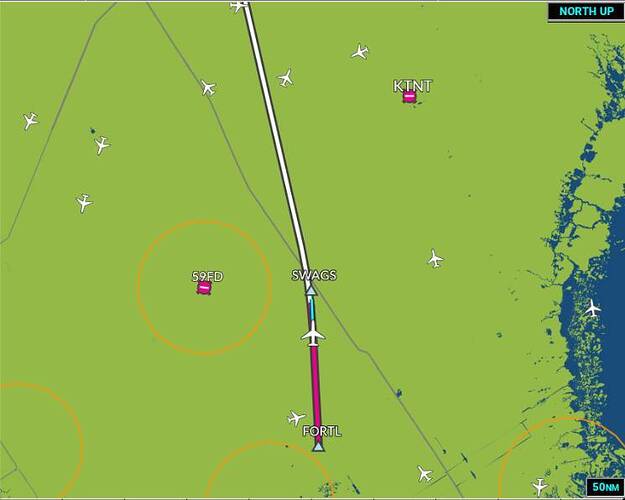 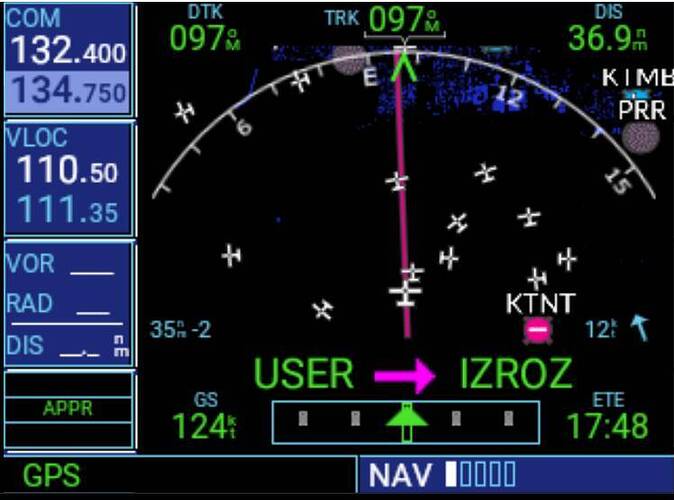 Earlier this week I was behind two big tubes on the taxiway in the Piper Seminole. The second one turned on to the taxiway uncomfortably close, right in front of me. Caution jet blast!

Just landed at eham and havent seen so many ai live.
Thought i was mistaken

Noticed that this morning in Miami.

I’ve also seen an increase in traffic for about 2 days now.

I flew out of Tucson and Salt Lake City yesterday morning and have not noticed any increase in traffic. Were there any adjustments made on Asobo’s end for this?

I was getting pretty down on Live Traffic since the last update. Then this happened in Vegas yesterday. 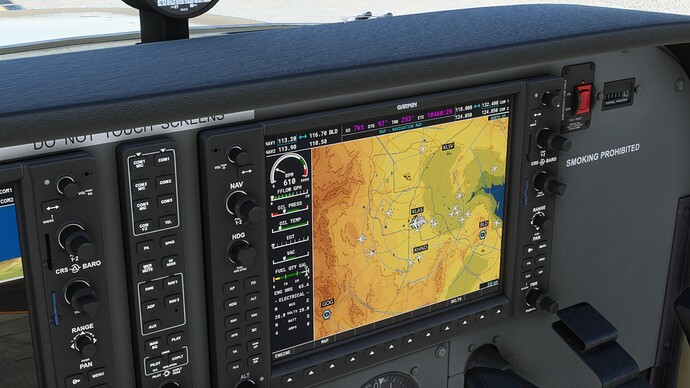 I think it’s still a little hit or miss, perhaps depending on region. Overall there seems to be an improvement, but I don’t think those changes have been applied globally as of yet.

Last night I was landing at CYYZ. FlightAware showed about 10 planes in the general area. I saw all of 1 in sim and LNM. But the flight right after that in landing in KLAS had a whole bunch.

The down side to this increased traffic is now we have to deal with the retarded AI of traffic on the ground where they taxi down the runway at 2kt and often just stop and do nothing, forcing all other planes to have to go around.

I have noticed this, maybe I’m wrong, do you think the traffic is denser than before?

Had the same thought today. But I’m not sure yet…

I haven’t noticed any difference. But then again, it seems to vary wildly depending on the part of the world you fly in. When I’m flying in Florida or SoCal, the sky is full of planes. And still that’s only 30-40% of the real world traffic.

When I’m flying around my own local area in eastern Ontario, Canada, I’m lucky to ever see more than 1 or 2 planes in the air at any given time, despite my area having quite a bit of air traffic IRL. FlightAware will show me anywhere from 15-20 planes in the air. The sim will show me 1 or 2 at most.

I noticed that last night around Vegas, too. Tons of flights, users and AI.

I flew some old routes almost around the same time, such as KSEA to PANC, so different now, almost the same density as FlightAware, I might be wrong but pretty close, aircraft were lined up for the final approach at both 07 left and right…

PS Some other areas are still kinda void of traffic, I don’t know how this works

I never fly with traffic on. Dips fps, and they’re often so far away or so small, it wouldn’t make a difference.

I was wondering the same thing when I was sitting on the ground at KATL…lots more traffic moving around on the ground.