Very bad issue. Clouds have no thickness in live weather. You get my vote. 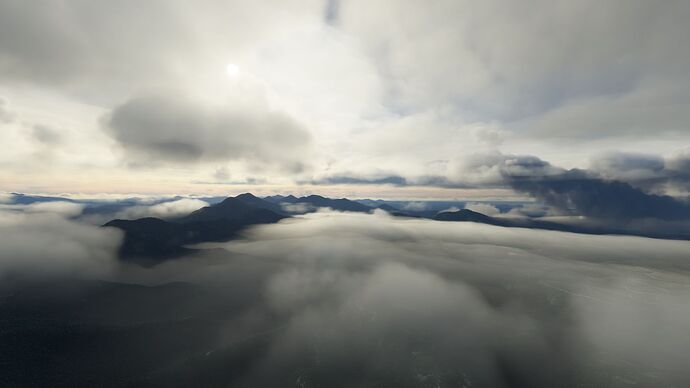 Can we confirm that adding density has minimal impact on FPS as I suspect this may have been reduced to give us a performance upgrade post SU7.

Good point!. I also have the impression that the original dev/devs of the weather system/visuals have gone, or something like that, and now others are trying to “figure out” how it works.

I have that feeling due to the lack of info about such a critical and key feature for this sim, the silence from the sim staff and the complete absence of any infimum improvement after a whole year, and what’s worse, the actual decrease in quality of the live weather clouds depiction.

I might be totally wrong though, but how come they haven’t managed to fix the issues introduced with su7 after so long?, why the radio silence?

Well, I agree it looks better than the puffy stuff we have most of the time, but even then. Still too transparent and fuzzy imho. Also, note the lack of detail in the distance. Previously to su7, far detail was astonishing!. Now even when the skies don’t look “that bad”, far detail is not there anymore.

Look at these examples of some of my old images, far formations look sharp and clear:

before, there was a real feeling that clouds detail was up to the horizon (600km as stated since first tech videos)

Capture of an example of this from the official " Feature Discovery Series, weather" video:

I just haven’t managed to achieve anything even close to that after su7. This is what we have now:

Please guys, vote for this!, I bet density/opacity has something to do with this.

This is incredible. I couldn’t remember old clouds because at that time I didn’t use MSFS that much because of other issues but … how is that downgrade possible?

Yes agree the clouds look rubbish compared to pre SU7. There’s now only ONE cloud type - Cumulus - which they appear to try and layer to make it look thicker. Doesn’t work.

This software has been out for TWO YEARS and they still haven’t fixed such obvious bugs. That should tell you something folks.

For me too it is a bug that introduced a regression. Unfortunately they merged the Bug I opened a couple of days ago with an existing request in the wishlist forum requesting more clouds tips More cloud formations!.
Since there was more cloud types at launch and they stated “native support of all clouds types” why do they now consider it as an enhancement and not a bug ?. I think we’ll have to wait a long time, wishlist is large and this topic only has 147 votes…
We are not requesting a new functionality but have the “native support of all clouds types” works as expected and have the weather works as it was prior they break it.

we can’t wait for too long , it’s a shame because weather and clouds are the most important features in the sim

Exactly.
As @CaptainMooreLBC said: TWO YEARS…and we don’t have:

And yes, like you said: the weather, the clouds, the visibility are the most important parts of flying.

Two years and with every update:

Somebody said in another place: we need a “just weather sim update”.
I agree that, we urgently need it.

Can we have a weather update only? Wishlist

Can we please have a weather update only? To fix the issues with mostly one type of clouds, different layers, the return of lightning (disappeared since su7) propper fog, realistc and varied cumuloninmbus? Needles to say that most of the time my flights are in a sea full of scattered cumulus, often too close to the ground and very gray! I know the next update will try to tackle clouds layers, but still, a weather update only could be very very useful in my opinion

THAT kind of sky is what I miss the most.

The regression is obvious

, please Asobo, fix asap cloud types and layers in Live Weather, bring us back the pre-SU7 weather engine and start from there to improve what was still possible to improve.

Yes, a “weather update” would definitely be awesome. Actually, i remember before su7 came out, that devs said, literally, that the weather improvements in su7 would “blow us away”. Well, there is no doubt that they ended blowing up something, the own weather.

Let’s see if this opacity thing could make a different, as for sure, clouds are pretty much never transparent but quite dense, specially cumulous: 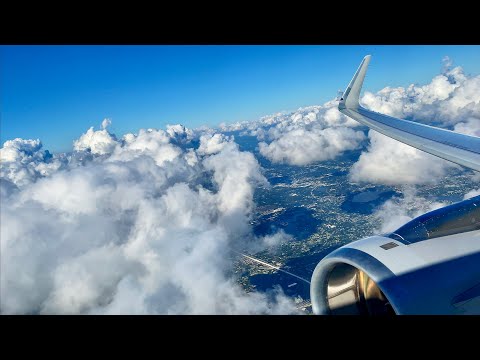 So please guys, spread the word and vote for this and other threads related.

they might have to improve the density, but until they fix the clouds that we already have, say for instance CBs are ugly still, they don’t look realistic and often form in repeated patterns too…the rain effects …so many issues that I am not so positive for a quick fix unfortunately…unless they will grant us a weather update only…

Glad to see this is included in the “under investigation” tag. 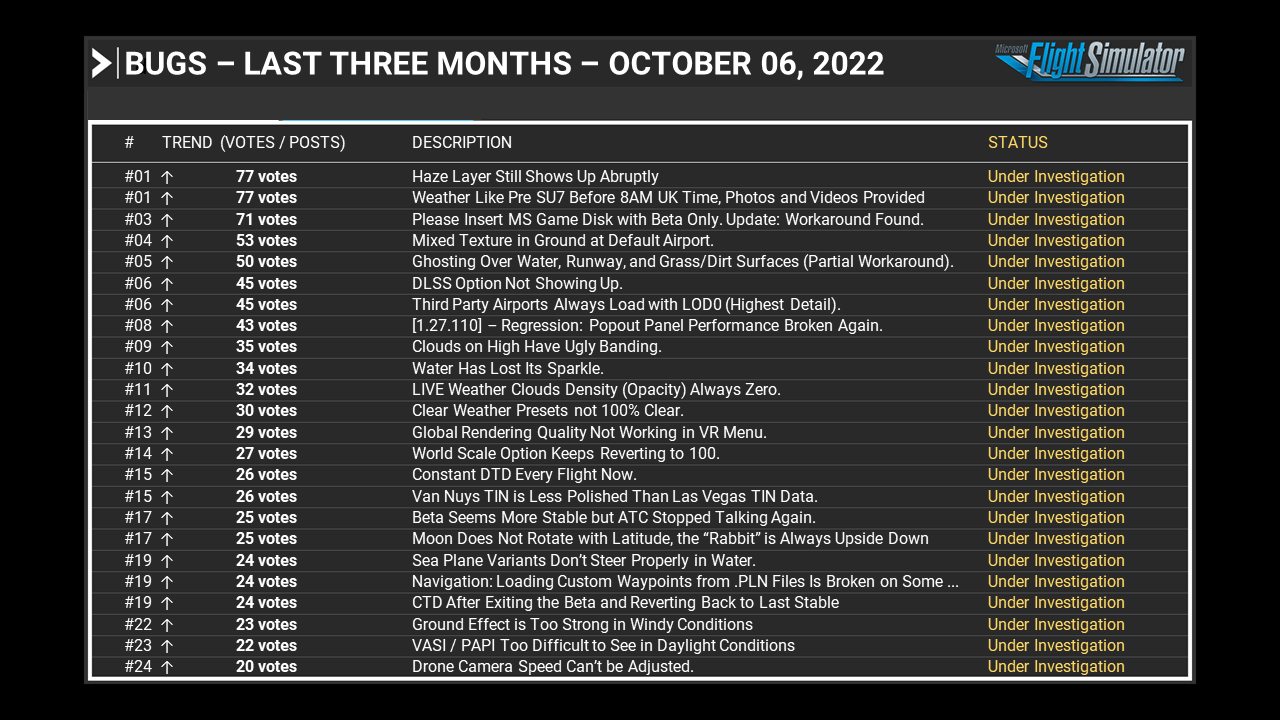 Hope the devs can take a look and make all the clouds much more dense. The smaller the cloud, the denser it should be (unless very very rare conditions), otherwise, the visual depiction of cumulous, thin flat layers of clouds and many other clouds looks quite bad.

In general, small and/or thin cloud layers tend to be quite opaque, and tha’t what I hope to see in a future when using live weather: 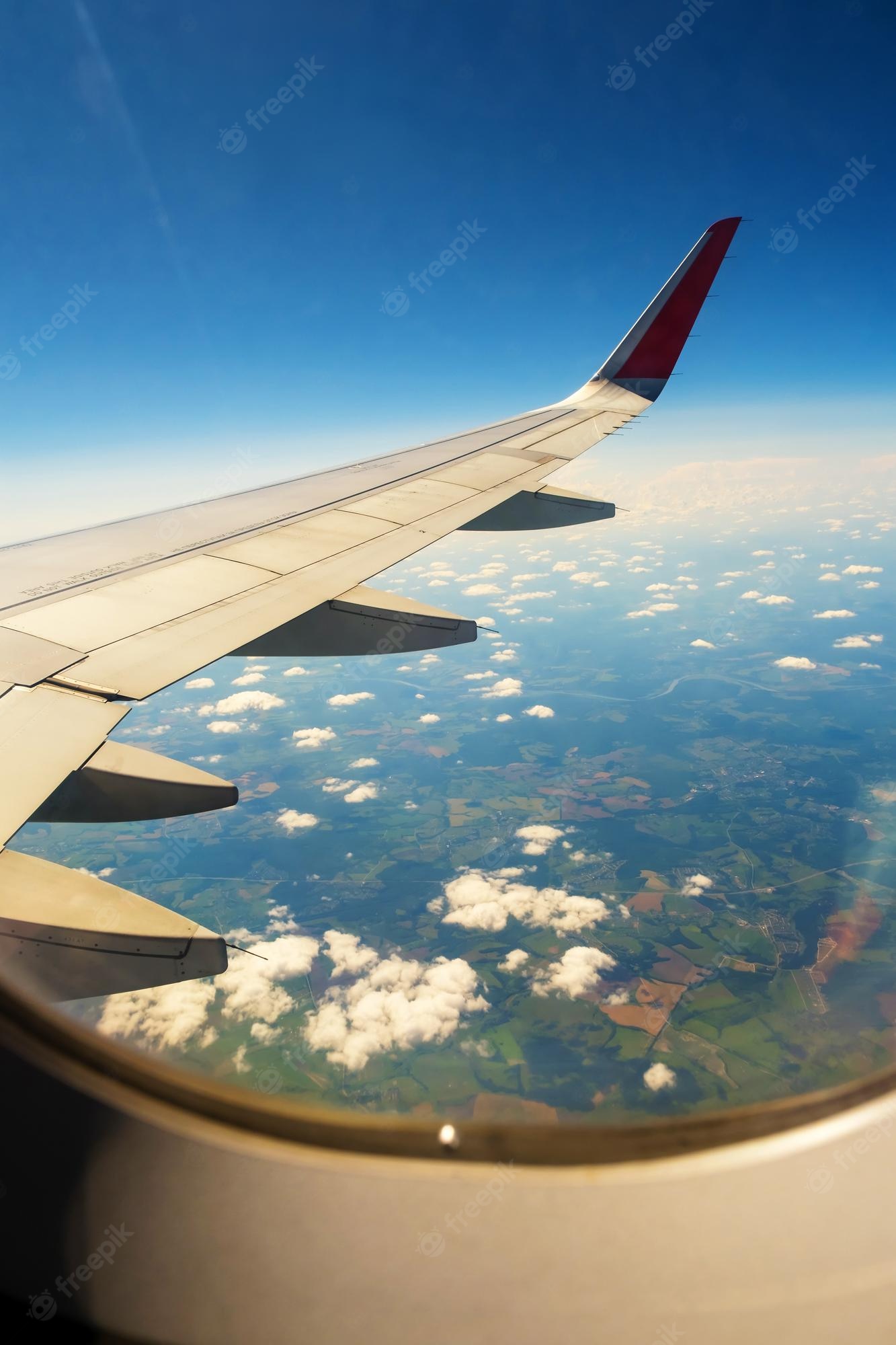 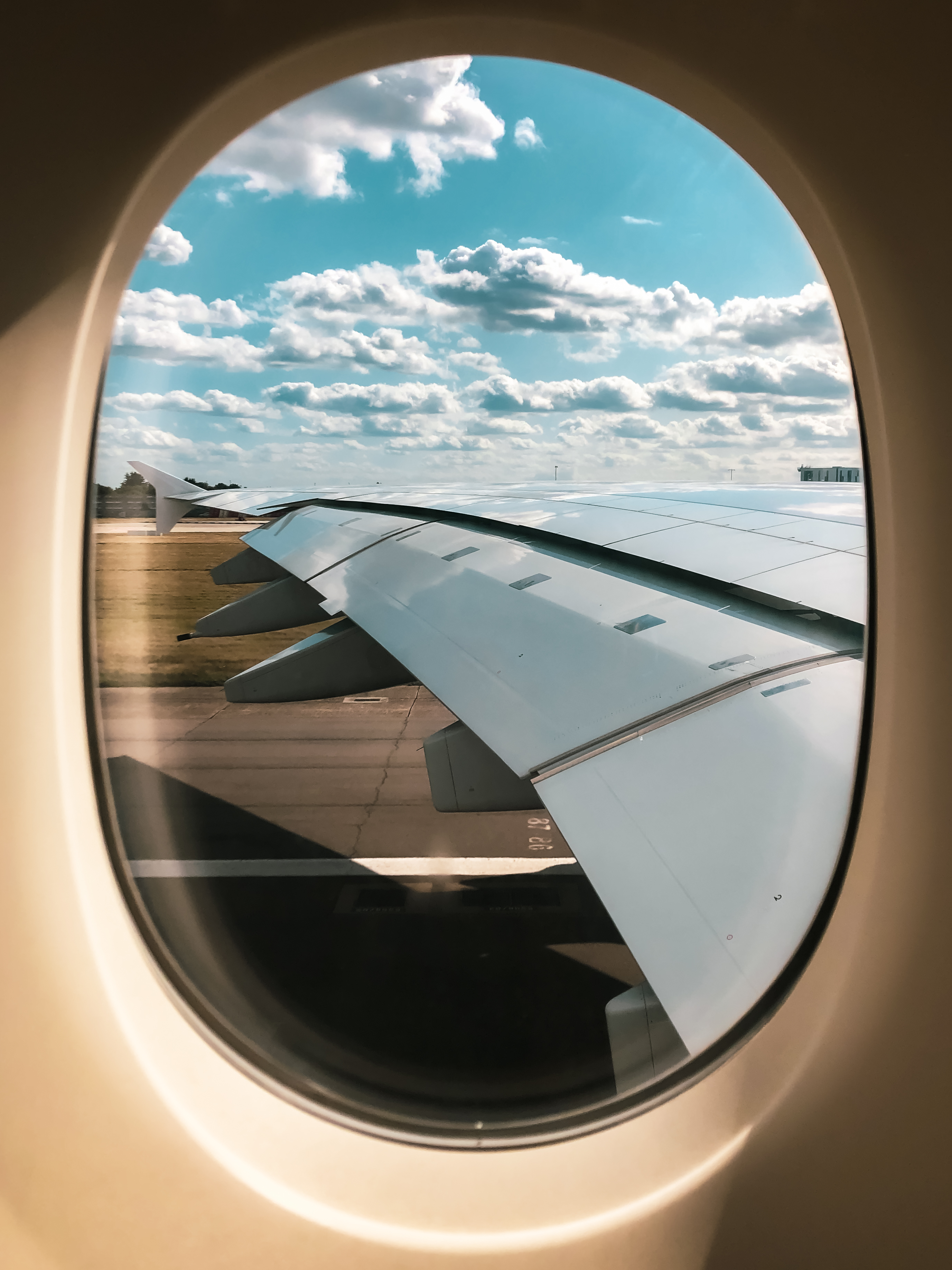 Using the Scattered Clouds preset, I must admit clouds are really nice (Ultra), like pre-SU7 and very good frame rate 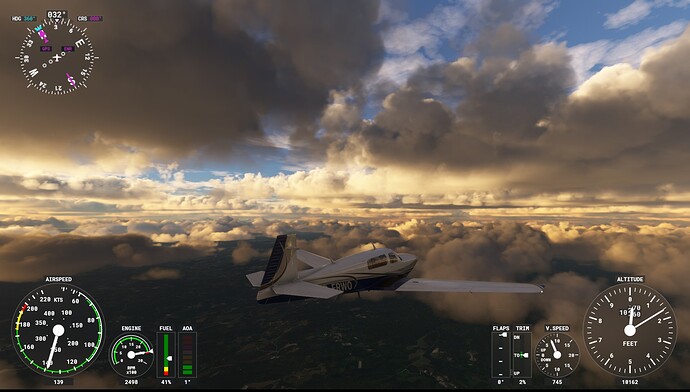 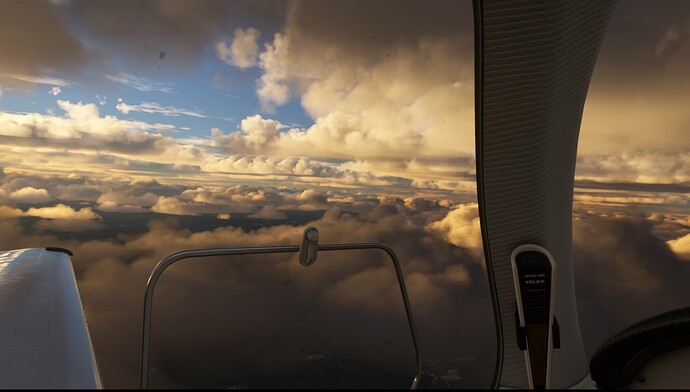 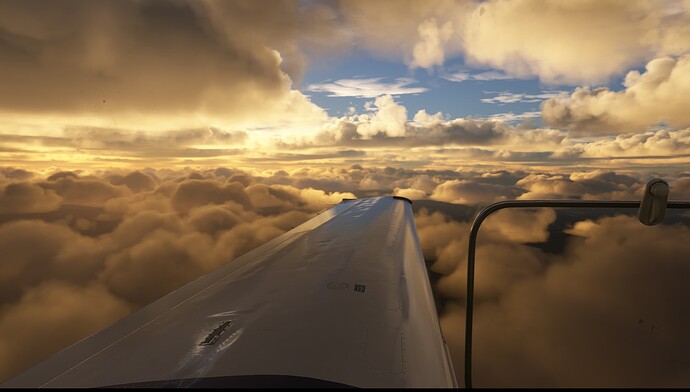 What would I give to see such a sky again. It actually hurts to see this.

I find this changes depending on the time I fly, like right now 2200z, the cloud density looks higher. Typically though this will change around 0700z and become less dense and generic cumulus, like reported in this thread here: Weather like pre su7 before 8 AM UK time, photos and videos provided!2 - #226 by utd4life12 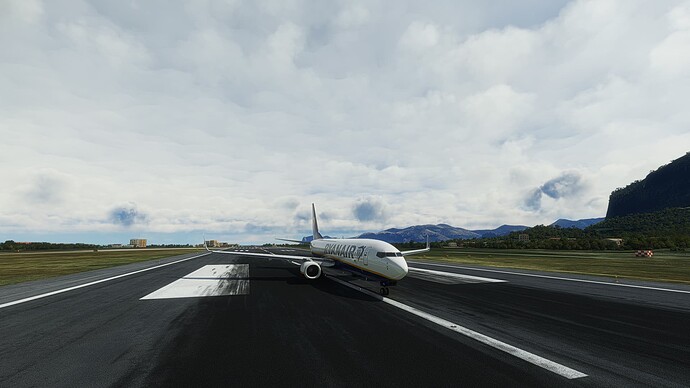 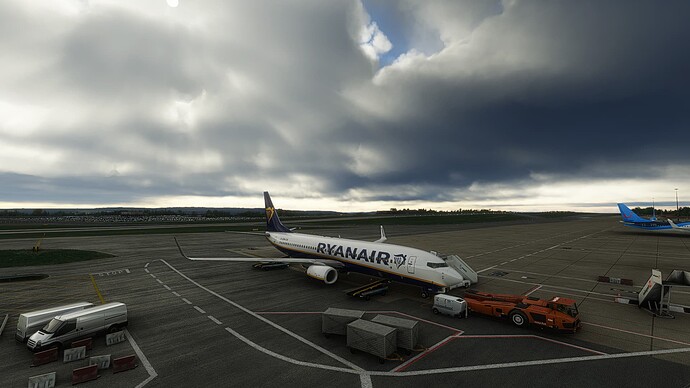 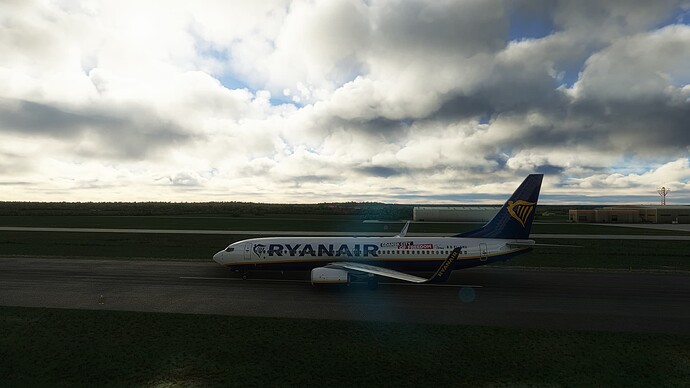 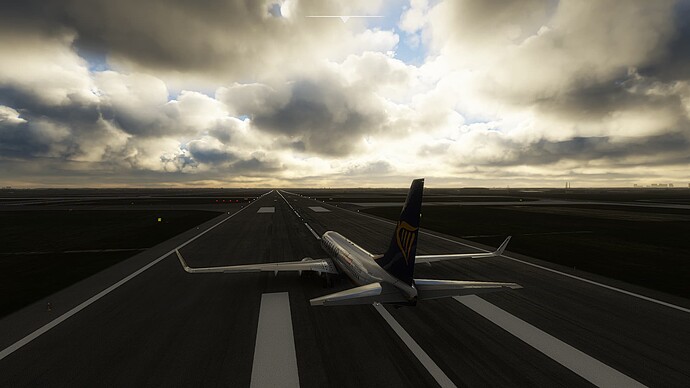 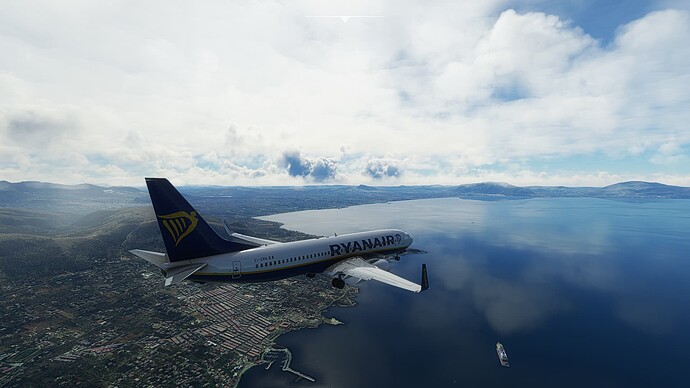