Flew from CYQB to CYBC this morning and had beautiful, mostly accurate, weather. Go to continue my flying just now, in sim METAR reports: 9sm BKN022 OVC048 less than 30 minutes prior to my flight.

Load up the flight, there is ABSOULTELY ZERO CLOUDS anywhere to be seen. Set weather to clear skies, then turn live weather back on, NO CLOUDS AT ALL. What is this nonsense?

It is not current real time weather.

My limited understanding is the game does not use current METAR as that would result in drastic weather changes once you left an area covered by METAR, instead it generates some sort of semi-current world wide weather model which can be up to 12 hours out of date.

That said, it can be buggy and possibly your game is not loading the live weather at all.

My limited understanding is the game does not use current METAR

The live weather for some time now has used winds, temperature and pressure from METAR. Sim update 7 sought to increase the reliance on METAR data and now also uses that data for clouds too along with the METEOBLUE data but so far it’s been a total failure in many areas.

What now? The live weather doesn’t work during certain times of day? Why? I swear if it wasn’t for the visuals in this game I would just go back to XP 11… I might anyways. 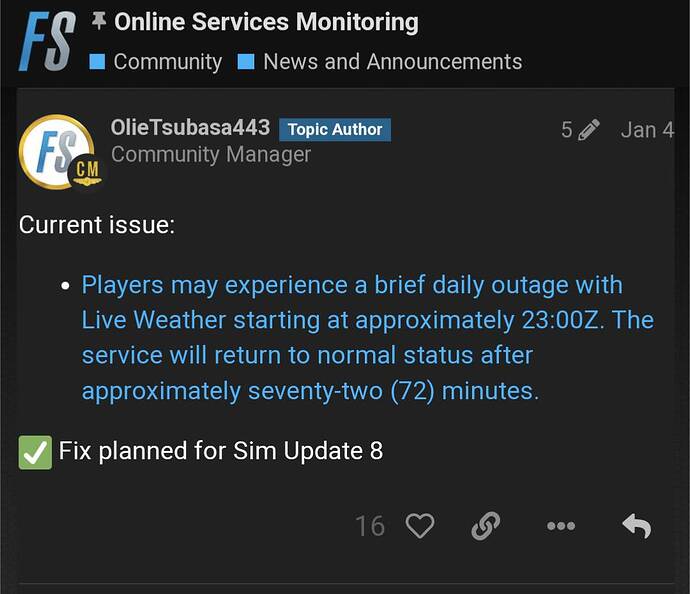 Closing thread because it is a known issue and being addressed in SU 8.