I decided to create a separate topic for this to the other weather threads we have here already because 1) I believe this to be a new issue introduced with this BETA and 2) I don’t want it to get lost within the chatter of the other threads as I believe it deserves some attention.

In regards to inconsistency and unreliability what I mean is that since the BETA, I keep seeing the weather ‘shift’ and ‘change’ in front of me. The best way to describe it, is like it changes from one weather system to another. The weather seems to change from a really nice and accurate depiction much like what we saw prior to SU7 and this BETA, to a more generic inaccurate mish mash of clouds that are almost always towering in nature. I’ve experienced this happen whilst sat on the ground and I will post below some examples which hopefully show this.

Just to be sure, when I talk about weather changing, I am not referring to smoothness of transitions from one weather state to another, such as FEW clouds to OVC. I mean the entire picture of the weather changes.

First example you can see is Bristol EGGD.

Here in this first screenshot, take note of the area of cloud in the red circle that I’ve highlighted. You can see it’s shape and form looks very nice and also accurate to the sort of cloud being reported in that area. 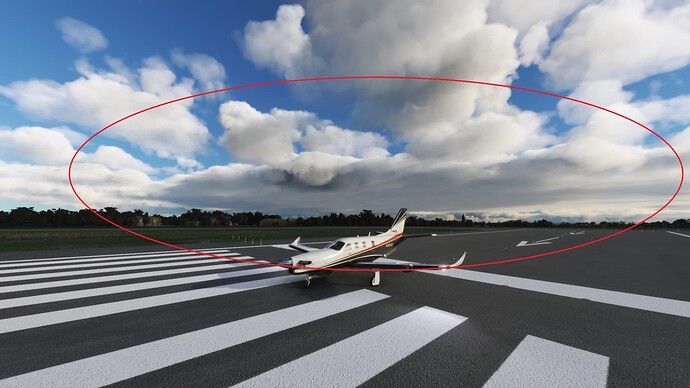 As I was sat there watching this, it instantly shifted and the clouds changed to this: 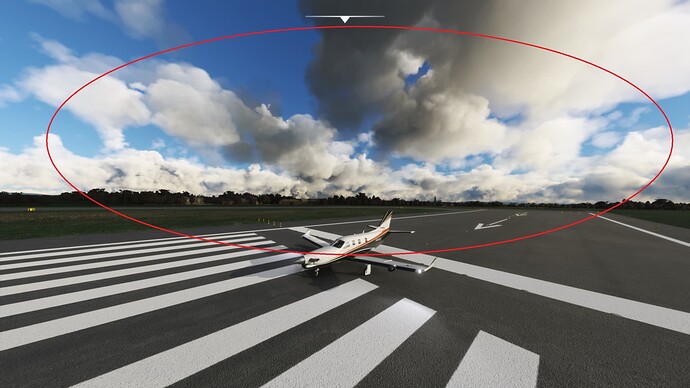 Notice how the weather itself hasn’t really changed in a way of FEW to OVC, the picture is largely the same. But instead of the nice cloud layer in the first picture, it switched to this mishmash of clouds that look rather odd and unrealistic. Not only that but in the first picture, the sim was doing a much more accurate job of simulating correct type and coverage as well as density and bases/tops.

Another example I experienced yesterday was on the ground at LEMH where Broken cloud around 500-600ft was reported and had been reported for some hours. 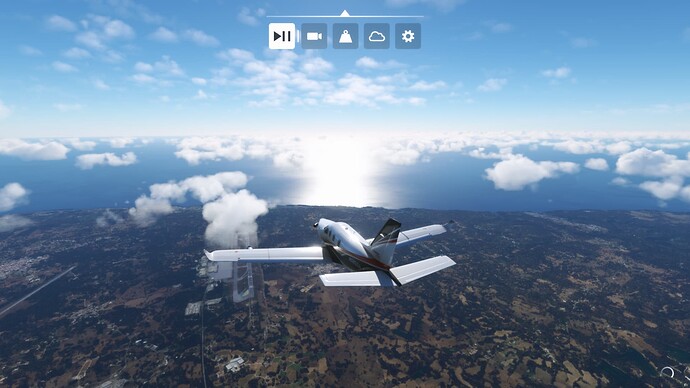 Notice now in this second picture, only maybe 20 minutes later with cloud still being reported as broken, it’s like the weather system switched again and that towering cloud was introduced: 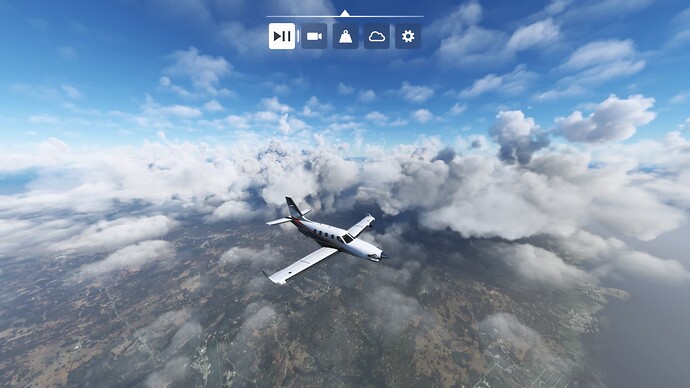 I will post one final example I experienced just this morning at Dublin, EIDW.

As you can see METAR reported layers of FEW018 and BKN060, but no cloud layer was presented at Dublin airport. Just to note, cloud and weather had loaded in as you can see cloud on the horizon further out from the airport.

I will post the previous METARs here too, just so you can see it was not in transition from clear skies: 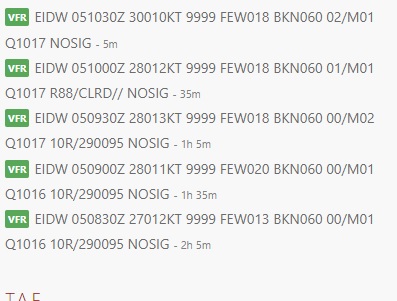 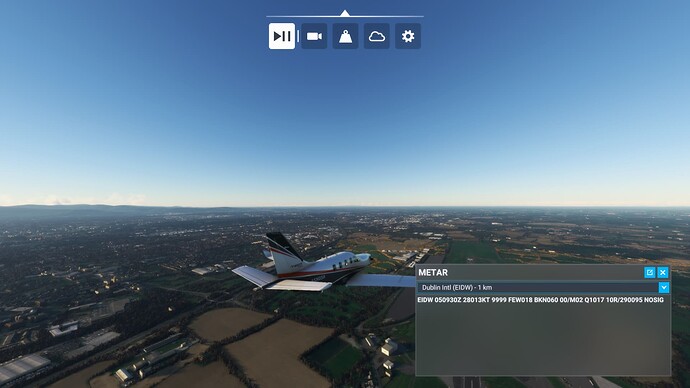 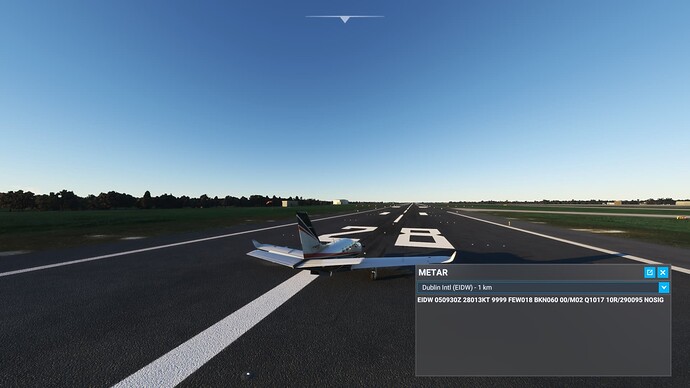 I tried a few other locations then came back to Dublin some short time later, maybe 10 minutes and now met with a totally different picture:. Again though, not the weather we became accustom to pre-SU7, just the mishmash of varying cloud to try and create what we should see. 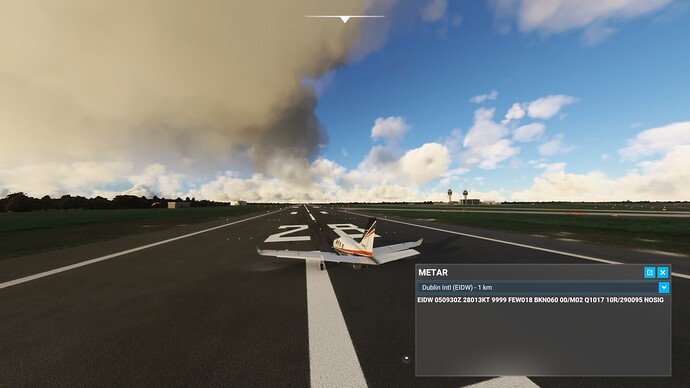 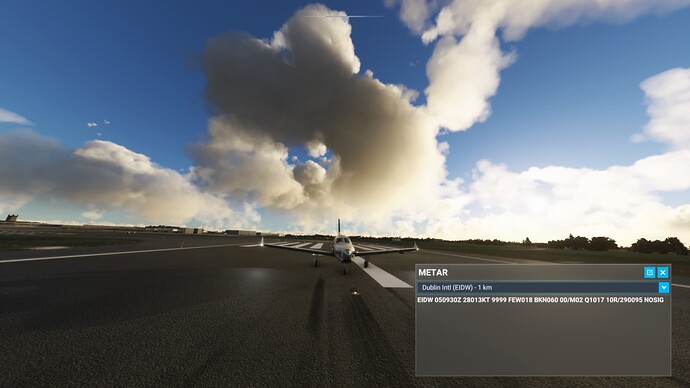 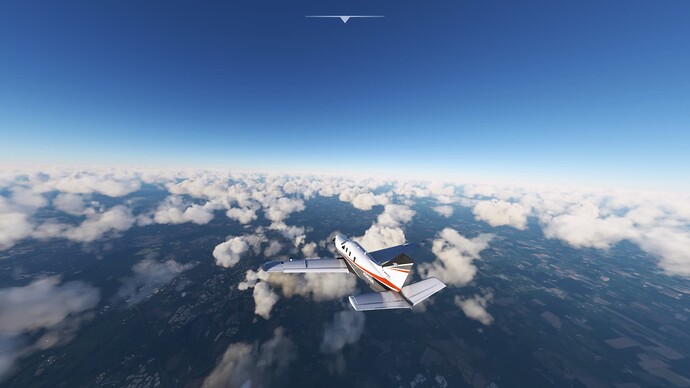 Even when the weather in Dublin had loaded in, it is not showing what it should be. Cloud bases for example reported at 6,000ft, but in-sim the broken cloud bases are around 2,000ft so around 4,000ft too low. This is not consistent with METAR. 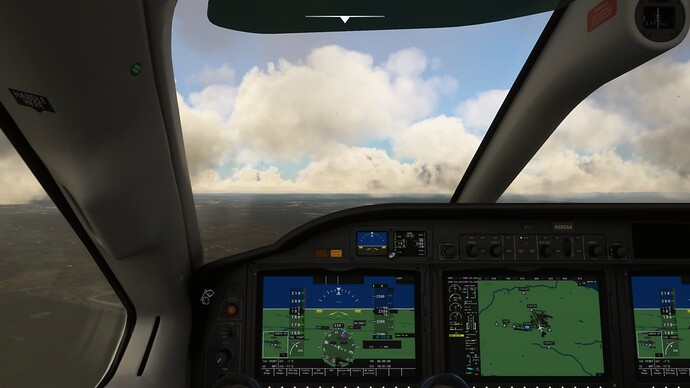 So to conclude this post, the weather as it currently stands is inconsistent and unreliable. I am not sure whether this is a bug, work being done on the server or something else. But I wanted to highlight it as it’s a new issue I’ve seen only in this beta.

+1
Seems to happen on occasion when transitioning from one metar to another with different data and it doesn’t blend the transition well. It happens periodically to me as well, but not every flight.

Alas, this was one of the changes with the beta and the reason for testing. Thanks for making the post.

A lack of smooth transitions is what worries me the most about the ‘new’ METAR based clouds. I remember this issue in previous flight simulators and was amazed with how smooth the meteoblue transitions were. It’s a shame the sim has stepped backwards in this regard. let’s hope Asobo can fix it. I just hope they don’t settle for clunky transitions as it destroys immersion

I couldn’t notice any transissions at all before su7. Wasn’t they introduced now with METAR blending into meteoblue weather? I don’t like transissions in the weather. I also noticed that issue with changing into a complete different weather system. It happened exactly at 10:30 CET. 9:30Z AM if that will be for some help.

Just had my OnAir flight crash because the winds YEETED me to an overstress situation, from a 15kt tail wind to a 50 kt tail wind to a 50 kt head wind… crash, w-t-f, honestly, no communication, best I got was someone told me to get the open beta which is just the whole sim again, it’s beyond frustrating, fff me man. QC, does that even exist, clouds in the ground, fkt temps, winds murder you, wrong weather all together, SU7 is a complete and utter disaster.

I’ve just flown LCPH-LDSP-EGNT today and for the first time in ages the weather was the best it has been. Hopefully not a one off!

Make note if it changes in front of your eyes to be worse again and report it. I think it will be for some help fixing it to be stable.

SU7 is a complete and utter disaster.

for the first time in ages the weather was the best it has been.

As per my title, really inconsistent as you can see by you guys reports. One person it’s great the other it’s not.

I get the impression that the weather depiction is better in Europe than other places, for example Souteast Asia. Can this be?

I’m flying mostly in europe. And mostly it’s wrong in Sweden and other places in europe.

Since SU7, what I tend to find is that the weather depiction is better if different variables match up. By that I mean if METAR and Meteoblue are saying the weather should be the same thing, it tends to look better. If METAR says Overcast but Meteoblue says clear, then we see incorrect and often towering clouds in these areas with incorrect coverage - usually these locations are a mess.

So to answer your question, yes and no. I think it really depends on the data available and if all that data matches up. I primarily fly in Europe and I wouldn’t say it’s particularly any more accurate than other places.

There are still elements of the live weather which seem to be seen globally, such as over-reliance on convective and towering clouds when they should not be present.

Not in my case, I’ve had clouds stuck in the ground since they released this flop of an update in LSZH, the closer you get to the ocean the ‘‘better’’ it gets, no idea if they just use above sea level for all clouds or what, but then again, just outside NY the clouds where in the ground too and that’s what… .150ft above sea level, if even, it’s completely buggered, the best thing they could have done is revert back to SU6, but no, let’s push the Reno air races, you’re not gonna race jack*** if the wind jumps 50kts all over the place.

I noticed it’s more accurate depending on when we fly rather than where. Somtimes it’s better then after that transission you mentioned it’s worse everywhere after that.

Somtimes it’s better then after that transission you mentioned it’s worse everywhere after that.

Yes it does seem that way, I’ve noticed it too. It’s as if it switches from one weather system to another, really strange and hard to pinpoint exactly what happens though.

this is another example of absolute inconsistency of the weather (let alone the clouds type that are very wrong in this photos) during the same flight, same spot, the first photo is looking to the north 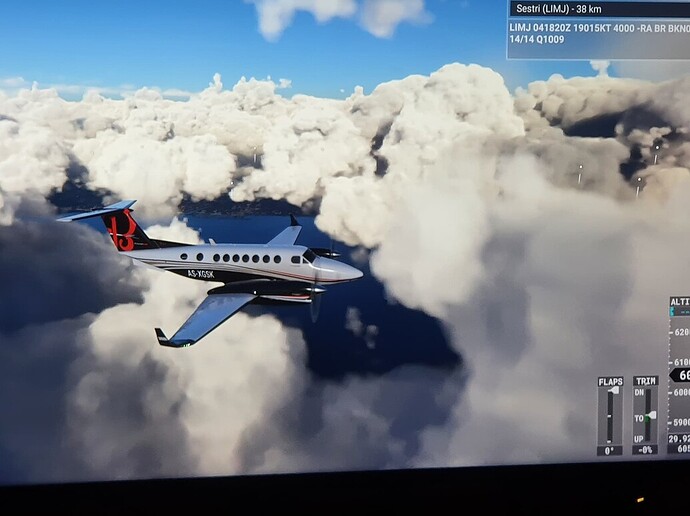 and this one to the south 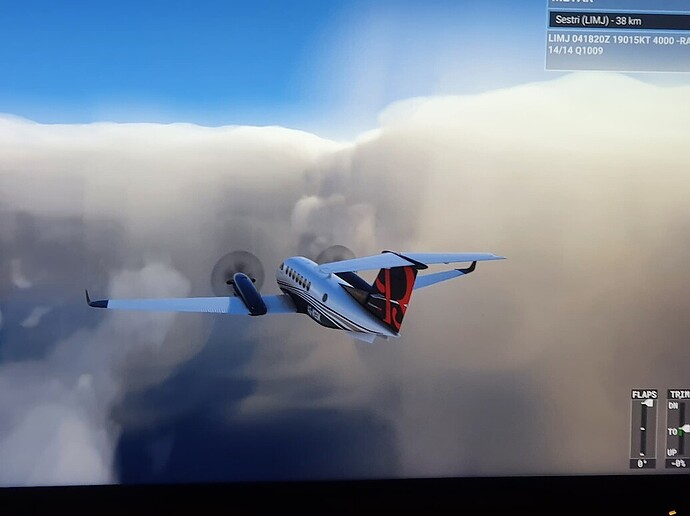 In my personal view, two things would make this sim perfect: high-quality weather and extensive water masks. Let’s see what comes our way in 2022!

Check the title of the forum category you are posting in…

Note that this is where the users running the BETA discuss the testing. It is fairly obvious that you have not downloaded the beta. That is fine, it is your choice, but the complaints you are posting here, have been, largely, addressed in the beta and as such are not relevant. If you choose to opt in to the beta, (recommended), then you are most welcome to join the discussion.

Bug complaints that are based on v1.21.13.0 are better reported in Bugs & Issues - Microsoft Flight Simulator Forums.

my live weather is broken again is anyone else having trouble

Apparently this is a new normal:

thank you so much