Having the same issue with weather not loading now, too. It seems so hit or miss and I cannot find a fix despite searching for the last few hours.

I am having the exact same issue.

Weather is a Joke and Asobo just can’t admit it… SAD!

Live weather worked perfectly yesterday. Today, clear skies. Even tried the workaround by starting with clear skies then loading live weather. Still not working. Very frustrating that it shows accurate weather when planning the flight, then goes to clear skies. I wish they would fix this.

3 posts were merged into an existing topic: Snow Cover or No Snow Cover

Had is working for a few days after once again removing addon liveries. This morning after a successful flight with correct weather, tried to fly again, had it tell me that my “packages were out of date” and it dropped me to the dreaded “press any key” screen which was unresponsive. Restarted, took me to the initial preferences screen, it messed up a few settings and, you guessed it, live weather not working again. Looks like it is during the planning stage of the flight, then it loads clear skies. This was all within a 2 hour span of time. C’mon folks, fix this.

Same problem here - setting up a second flight in the same FS session does no longer provide live weather but clear skies.

this sim feels like an indi product…a lot of half done features,…no QA

LOL I know really, not like they didnt have a 30+ year old product to base this version off of.

Well, just when I thought Live Weather was starting to work correctly … Today in Van Nuys, CA USA heavy rain and even hail at my local airport. In game, partly cloudy skies. I don’t know what to say. It’s very disappointing that this can’t seem to get fixed. 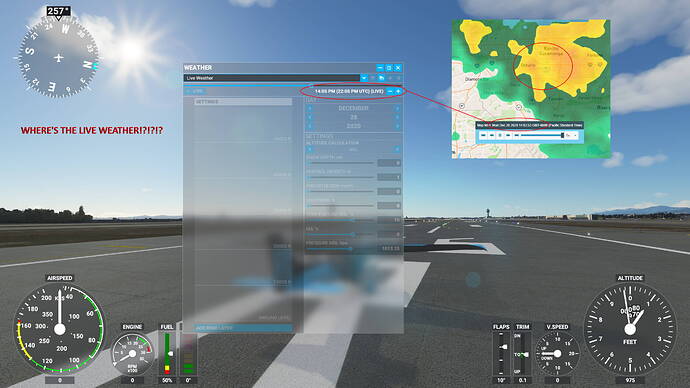 It’s a rainy day here in Southern California. No matter what I do, the game loads up with clear and sunny skies even though I selected Live Weather. No clouds, no rain, unlimited visibility.

in Europe i have less problem with the weather. In USA is often only “clear sky”.

I’ll add my comparison here- in this case the altimeter and temperature were correct but that was about it. I did try the workaround and every time it came back to this. 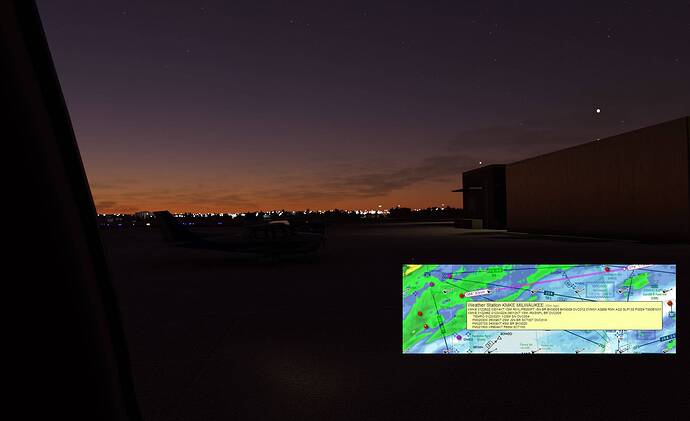 At the moment, the live weather is 110% broken. Meteoblue has honestly been…yikes…

Just landed in LFKJ and weather does not match different sources which are all the same and match (IVAO, allmetsat.com, windy.com, and not even MeteoBlue).
So I think again that live weather is broken

They’re in no hurry to fix ■■■■, they think they’ve done more than enough thanks to articles like this: 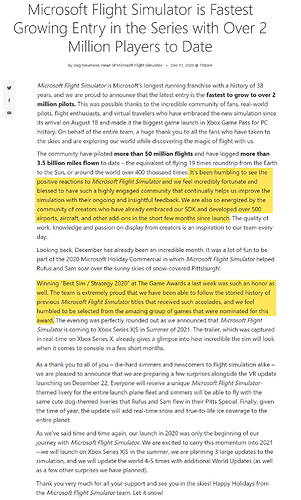 How do we upvote the desire to have the Weather API opened to 3rd party? This was never an issue in previous sims once the API was opened up…but for some reason the development team says they have no plans to open the API for weather - WHY!!! If it worked that’s one thing…but it doesn’t…and 3rd party developers can have this fixed in short order. This isn’t rocket science.

For a slew of reasons I mentioned in many threads in the past, 3rd party weather programs are continuously METAR based. Take Active Sky and REX: if the METAR is reporting winds 270/15 and ceiling at 400’AGL, they will insert the exact reported conditions for the full hour. And with that, we go from transient and spatially variant weather conditions to…well…blocks of weather.

There needs to be a better engine, based on both forecasts and live weather reports. MSFS today uses a bit of a combination of both, but it could definitely use improving.

And honestly, I say we shouldn’t need 3rd party weather developers; I’m sick and tired of opening up 5 different programs every time I want to go flying. One for vPilot, one for Active Sky, one for FSUIPC, one for an ACARS if I fly virtual airlines, one for Hoppie CPLDC. Don’t you think this is all pretty stupid?