Please tag your post with #pc and/or #xbox.
PC
Are you on Steam or Microsoft Store version?
MSStore
Are you using Developer Mode or made changes in it?
No
Brief description of the issue:
Liveweather is accurate in term of wind but put eveywhere the same few cumulus and don’t provide any snow in the nortern hemisphere (not completly true since after a lot of tests I could see snow one time).
I did Helsinky - St-Petersburg, flew in nothern Quebec today and had no snow, no proper clouds (same few cumulus) and no snow. Only wind was accurate compared to Meteoblue. Now leaving Vancouver to Juneau. It supposed to be overcast and light rain but nothing except the real wind. I think it’s been like that since a few days.
I did tests also with Community folder empty and reset online services. 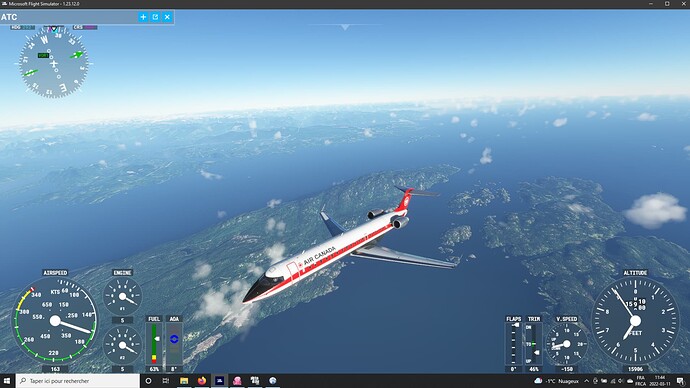 PC specs and/or peripheral set up of relevant:
Laptop I7 RTX2060
Build Version # when you first started experiencing this issue: 12.23.12.0

Hello, the live weather is unfortunately in a terrible state at the moment.

The cumulus clouds are a result of this bug:

Since the original thread got locked and nothing seemed to be done about it, I opened a new one. Sim Update 8 introduced a new type of clouds: popcorn clouds. Small clouds everywhere as far as the eye can see. [image]

Unfortunately there has been no progress on Live Weather since November. Asobo confirms the errors but finds no solution. No end in sight.

Looks pretty plausible if I’m honest. I wonder if they are busy making changes in the background. 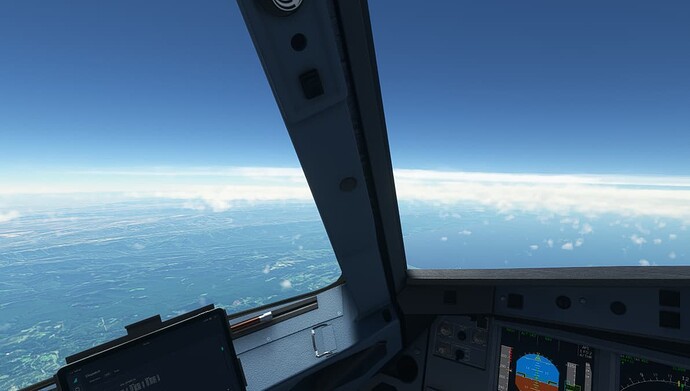 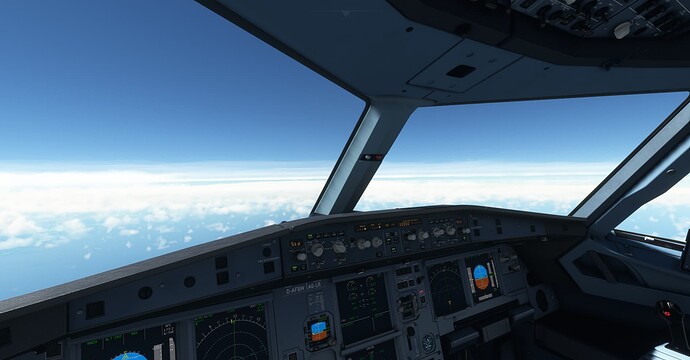 and a little later in the descent: 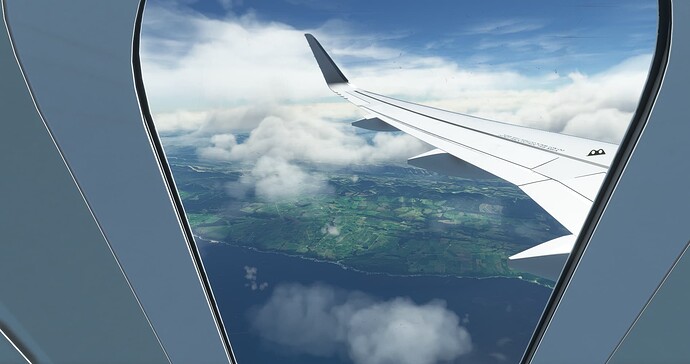 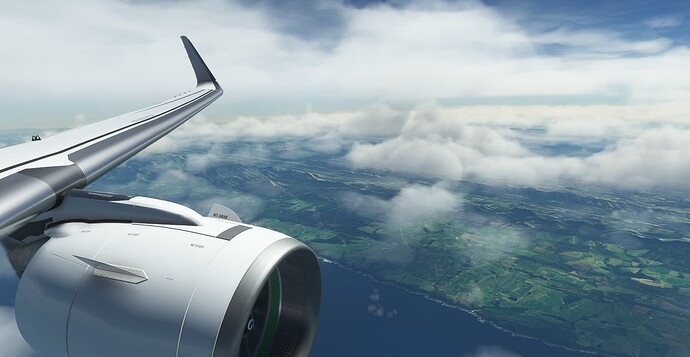 This seems better. But I’m not getting excited too soon…

Had to add this one too:

Not seen this in a long time

( minus the popcorn clouds off course ) 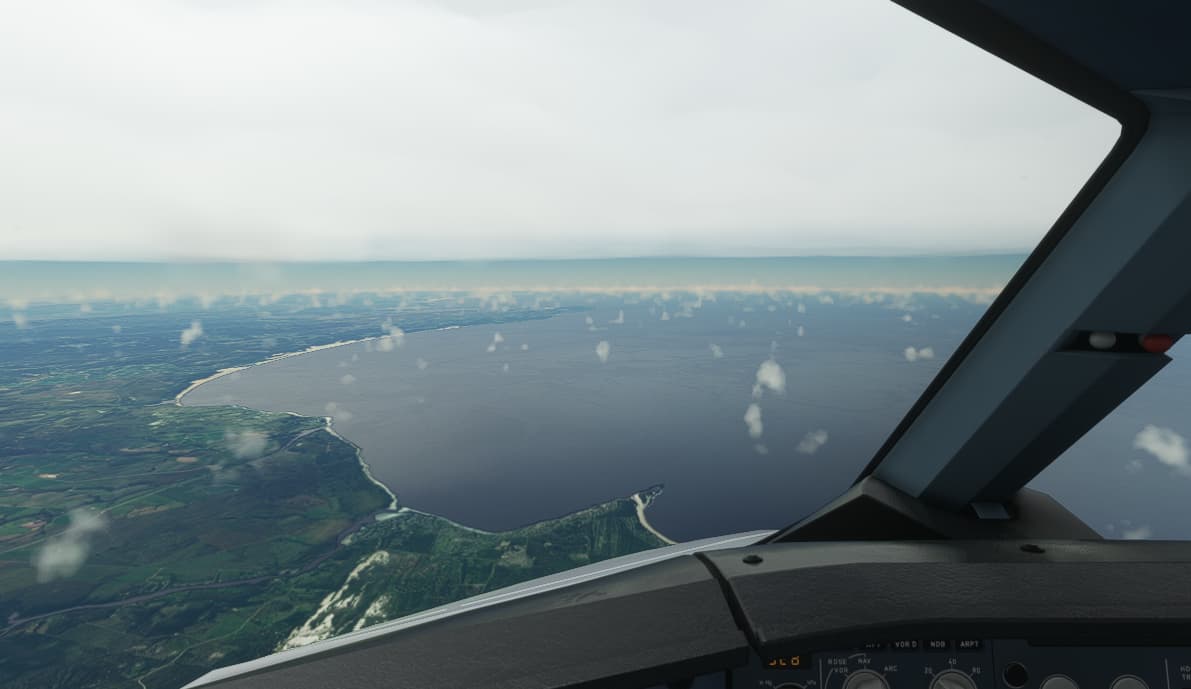 Yes this happened to all of us, in some places it looks better but as soon as you encounter a proper weather front the all cloud thing becomes a mess…

Popcorn cloud looks to be the seeds of proper clouds that don’t get built sometimes in Live Weather. If you see the actual clouds suddenly appear in the air then the popcorns look to coincide.

The weather at the moment it’s showing too many clouds even where there should be none. Where we should have clear skies we get the popcorn clouds, and where in the world map shows what it should be a few, when you actually load in there too many, and of course of the wrong type as well!

Ok, so I put a name on this now, thanks. However, it does not after just cloud but absence of snow too. And another phenomenom too: Weather cut clear.
I flew Juneau PAJN to Anchorage PANC. Live weather was accurate in Juneau and about 75 NM from Anchorage, weather cut clear, back to popcorn clouds and no snow… in Alaska. I saw this cut in Quebec a few weeks before.
Alaska: 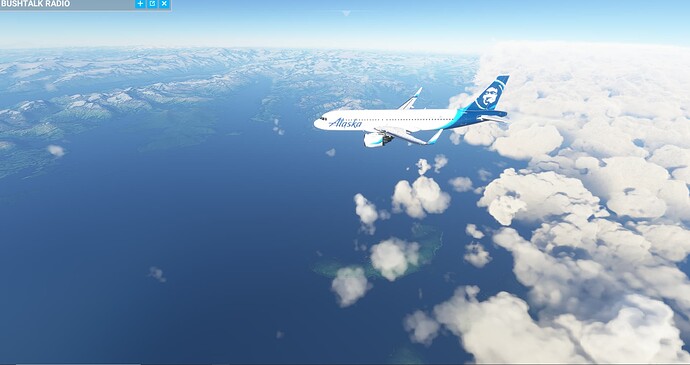 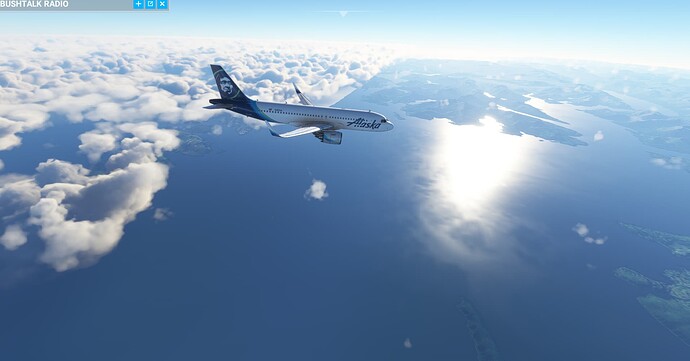 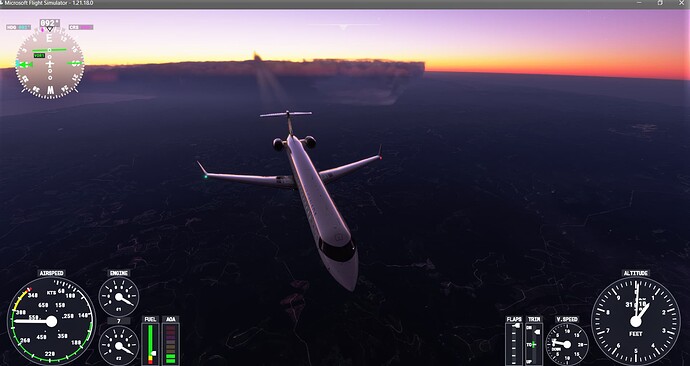 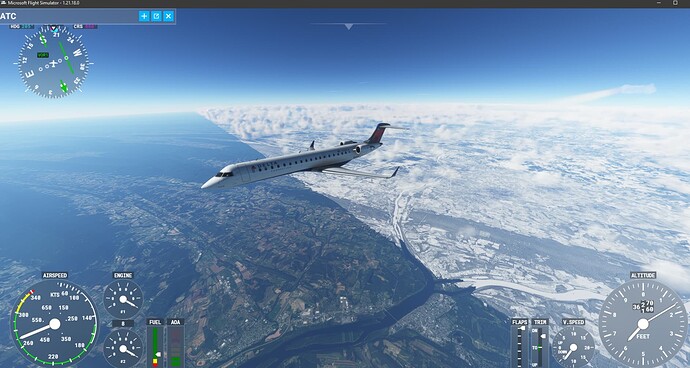 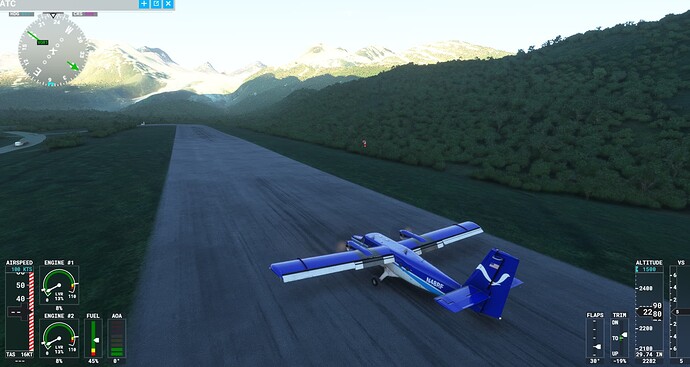 Leaving Shangai, weather was accurate. No popcorn clouds. But about 100 NM later, popcorn again and enroute toward Frankfurt, over Siberia, no snow, wind is accurate, popcorn clouds all around. Sad. 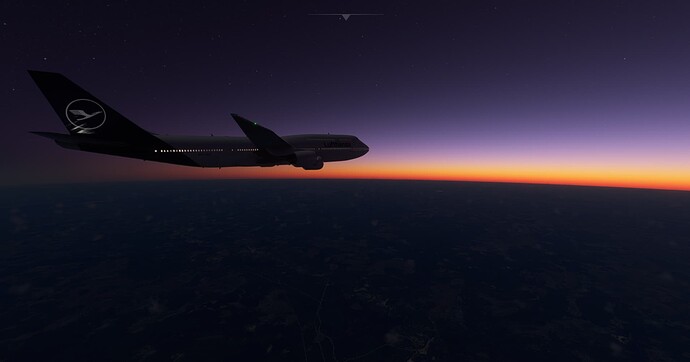 Been flying round the top of Norway recently. Was supposed to be heavy snow and next to no visibility but the weather was just scattered cloud and clear.

Oh! I did put my skis to play in the snow but… no snow today in Quebec in the sim! Popcorn clouds were there but wind was still accurate…

We have about 4-5 foots deep of snow here IRL… 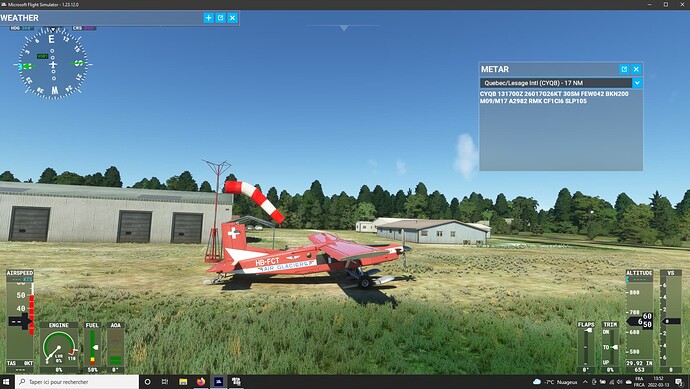 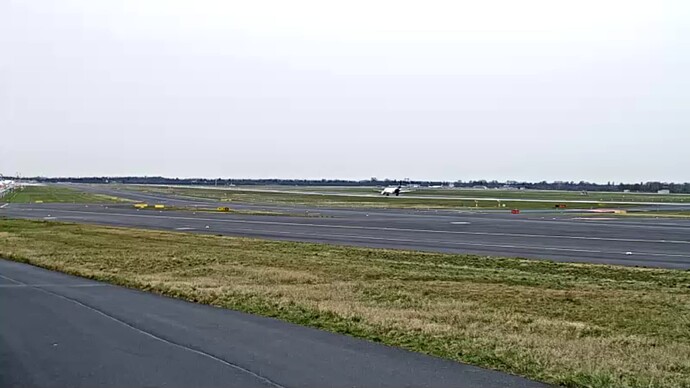 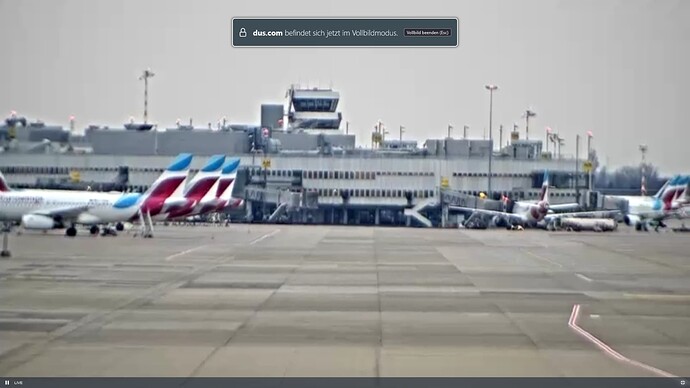 grafik1920×1080 86.1 KB
as you can see its overcasted
Satellite image from Meteoblue 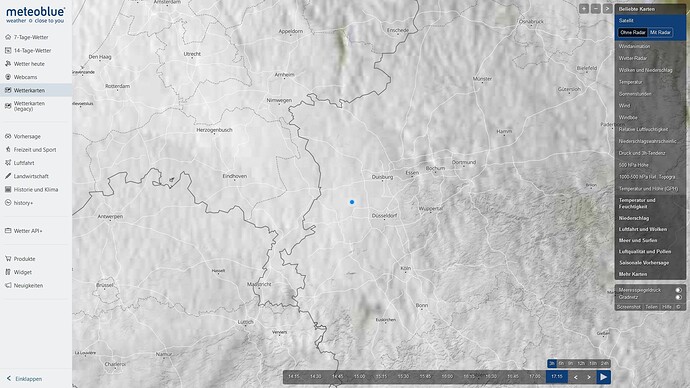 as you can see sometimes its overcasted (as i am looking out of window and webcam of EDDL shows it too) but not recorded by METAR, because clouds are too high
Don`t blame the Live Weather in sim then even real METAR doesnt show every information you need for weather at any point on earth

I think the METAR thing is pointless. We can’t get the real world weather into the sim even if it uses METAR. Both METAR and prediction is fantasy weather in the sim. METAR is only an observation of weather nothing more. METAR isn’t a report meant to create weather with. Meteoblue is more of a tool to create weather with because thats what Meteoblue does (simulates weather).

Yeah, I’m still having the same problem with no snow being depicted even though in the METAR it shows snow

A painful solution i guess is just to restart your sim from the closest waypoint previously. clouds should show up then

I know it’s not as good as it used to be, but I think they’re going in the right direction…
I took these photos today flying in the south of Chile (SCQP, SCIE, SCTE) 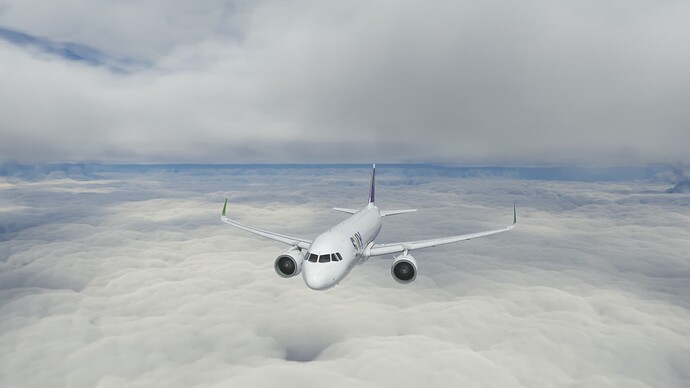 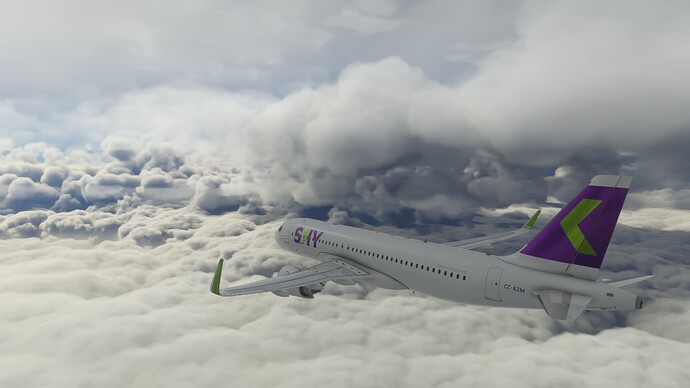 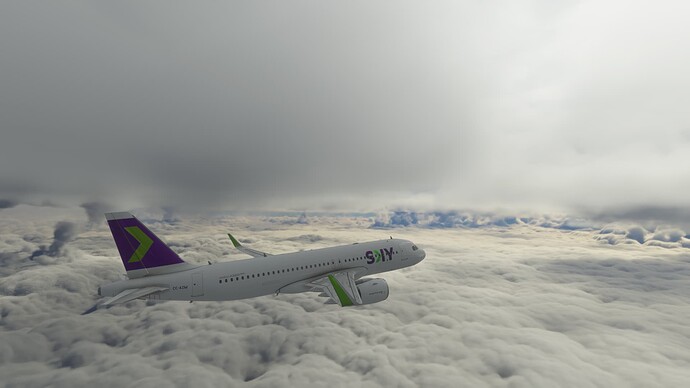 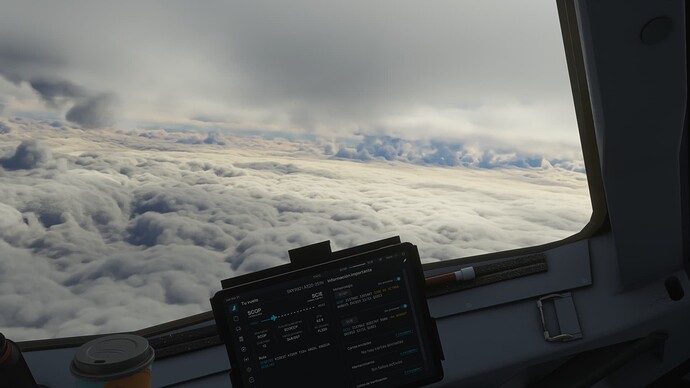 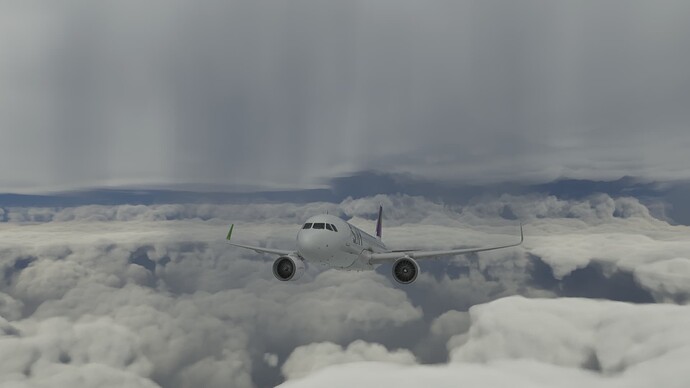 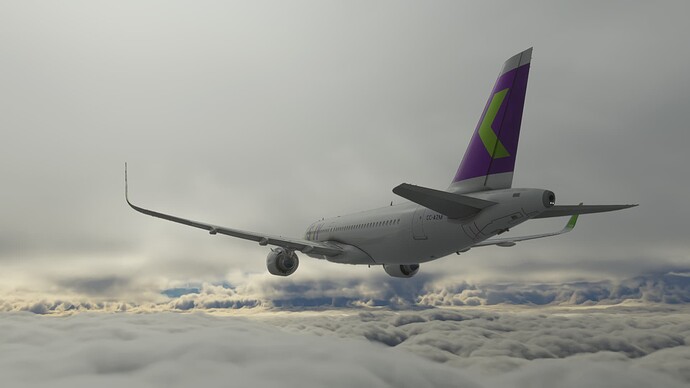 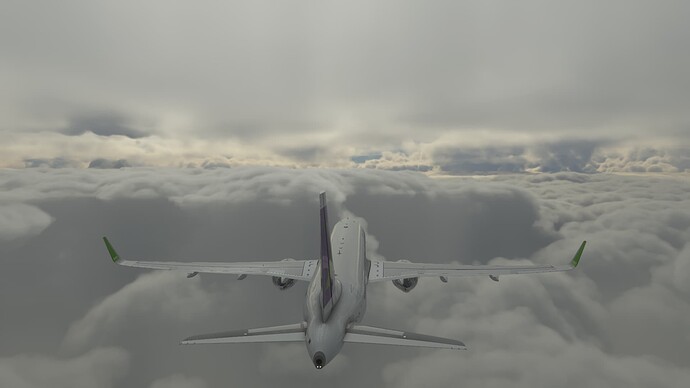 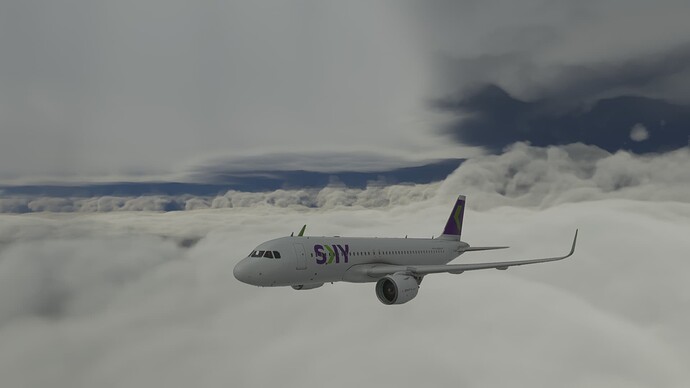