Yeah, that’s what i think makes this sim great ~ the ability to make it whatever you want!

The friend i play the most with pretty much only modern planes/military jets (anything that goes fast), while i rarely fly anything that goes over 150knts. Just looking at our screens when we’re both in parking, it almost looks like a dif game because of the different sets of planes we’ve chosen to go for XD

Also, the HALO, Top Gun, and Reno expansions were a hit with everyone i’ve played with (even if they might not be as ‘serious’ as what some people are looking for). Defs love the Local Legends and Famous Flyers series and can’t wait to see how they progress in the future \o/

Those are S.55 Series 6’s I believe, and surprisingly accurate. They were the last version produced with the standard hulls before the ‘X’. I need to see those movies.

Porco Rosso is a classic that has achieved cult status.

Wind Rises about the development of the WWII Zero is a masterpiece, one of Hyaho Miazaki’s best animated film’s.

It is important to note that Studio Ghibli animations are Japanese but are not anime. 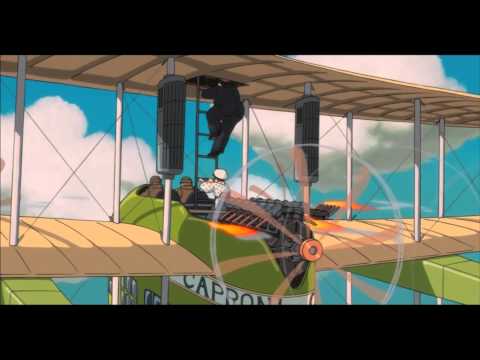 The autopilot cold be a static pilotfigure in the right seat. poke him in the ear, and he will say " My plan, straight and level. Yess sir!

In your post a handfull of days ago, you mentioned an upcomming update. I was just wondering, is there already a time-horizon in view when it will be released or is it too early to being able to tell?

Yes, there is indeed an update coming, with lots of fixes and some nice improvements. I’m nearly finished with it, but I need to wait for the release of the sim update 10 beta, and test it against that for a few days.

SU10 will be bringing many changes I think, perhaps more than any previous update, and to almost every aspect of the sim, so I want to make sure everything on the S.55 works perfectly with that first.

Thank you so much for your feedback!!!

Besides this update, already one of my favourite planes

You can start it up from cold and dark no problem.

Can you please share how to do this? Every time I start a flight (regardless of where) the engines are already running. Thanks.

The water runways that come in the game by default lack parking spots so they always start you out with everything switched on.

There are a bunch of mods that add seaplane bases with parking spots for cold and dark starts over on flightsim.to and return to misty moorings website, although if you’re on Xbox that’s of no use to you.

The other thing you could try is starting at a land airfield on a parking spot and then using the slew commands to dump the plane in any body of water you want. I know it works with amphibian planes but it might not work with pure flying boats like the S.55s but it’s worth a punt I guess.

The other thing you could try is starting at a land airfield on a parking spot and then using the slew commands to dump the plane in any body of water you want.

This is what I do every time I fly this wonderful plane. Perfect for immersion? Nope. But the moment I hop back in the cockpit and hear the water lapping against the hulls, everything is right as rain. It also allows me to start cold and dark in the water, wherever I want

We will be releasing an update to the Savoia-Marchetti S.55 today. Please see below for the release notes:

Hi everyone! The first S.55 update is now available, and here is some more detailed info on what is included. My apologies for the long delay in getting this to you but as you will see in the notes below there was quite a lot to do and test.

This update contains several bug fixes, but is primarily focused on bringing improvements to both airplanes.

Changes in this update…

The above issues were discovered too late in the test cycle to make it into this update unfortunately, but all of them have already been fixed and submitted. They are now in testing and an additional update with these items fixed should be available soon.

Many thanks again for your patience and I hope you all enjoy the changes, additions, and improvements to the Savoia S55s! If you have any questions or issues please let me know and I will do my best to address them.

Wonderful. Thank you very much for your attention to detail and dedication to improve the experience. One of the most charming oldies just got better!

Great support for this aircraft I think.
Thank you.

Great job! I love it when developers improve/fix their products.

anybody else having trouble starting the engines? i haven’t changed anything with my setup and i can’t get the engines started for nothing. battery → apu motor → fuel pumps → mixtures full rich → mags to both → let the apu build pressure to 3.5+ → hold the starter down → blades spin a little, apu pressure goes down, no start

what am i doing wrong? this worked for me in the past.