The main issue for me is that water looks flat and shine-less. Setting to high

now, here actually you proved your point. About the waves, nothing else

@Asobo Yes it is a low blow because some of us did not have performance issues before, or some of us would trade off high volumetric clouds for ultra trees etc.

We want more flexibility. If you fly above overcast you can tone down tree quality and vice versa.

Give us back trees.

I guess Asobo have proven they can deliver an unbelievable level of detail; and/or performance.

All we need now is the range of settings to choose which suits our hardware and ‘flying’ style!

I’m starting to think it has to do with caching and managing the rolling cache. Maybe the ‘look ahead’ area has been reduced which would explain the more visible pop up and lower quality in the distance. Unless you already have that area cached either manually or from it still being in the rolling cache.

Today I experienced some server issues pulling the pop up and lod changes to right underneath me while tanking my frame rate at the same time. When it cleared up again, better detail and better frame rate.

The cache might update more ‘just in time’ to save CPU cycles by doing less cache management. Free up the CPU, GPU gets more used, frame rate improves for those that were CPU limited.

Comparing places I’ve taking shots from before I can’t put my finger on differences in tree density etc. However to line up those shots I used a slow plane, circling around to get in the right spot and fiddling with the camera and time of day / weather. Plenty of time for the sim to fully catch up (I did still see pop in and detail changes while paused to line up the camera)

However there are some other differences. (This comparison is at 1080p with high settings) 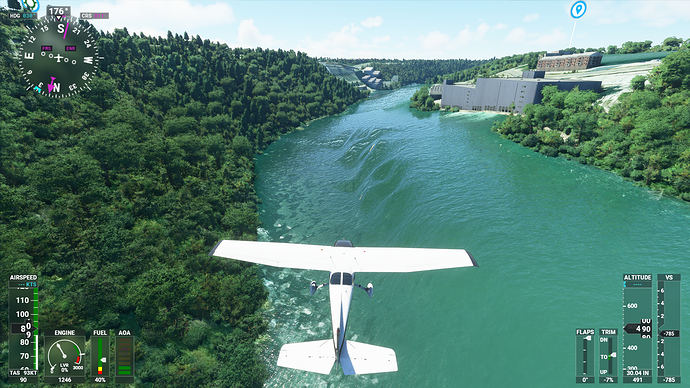 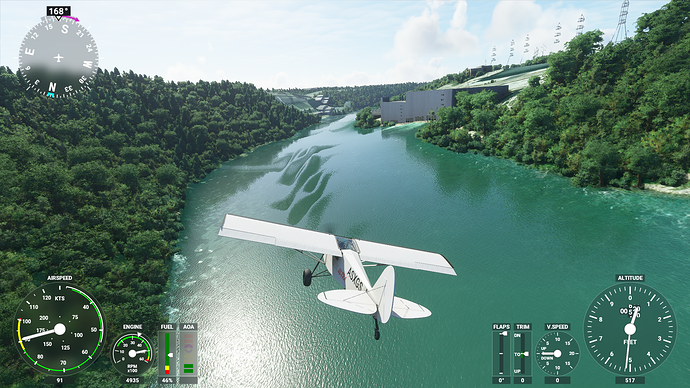 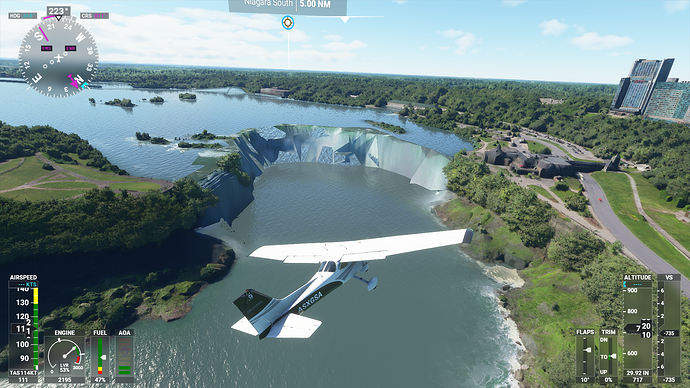 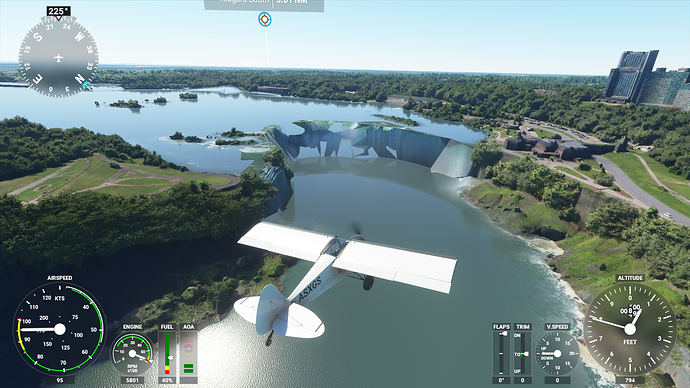 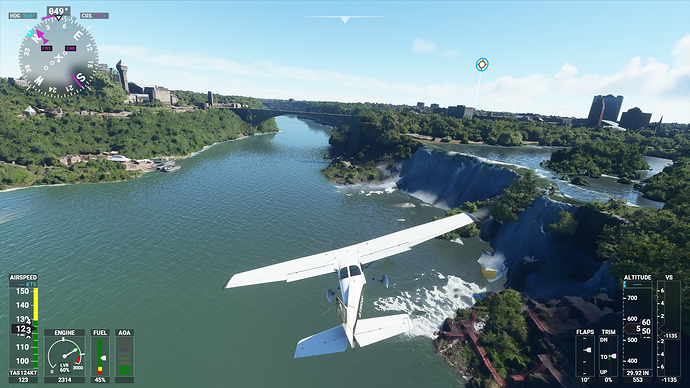 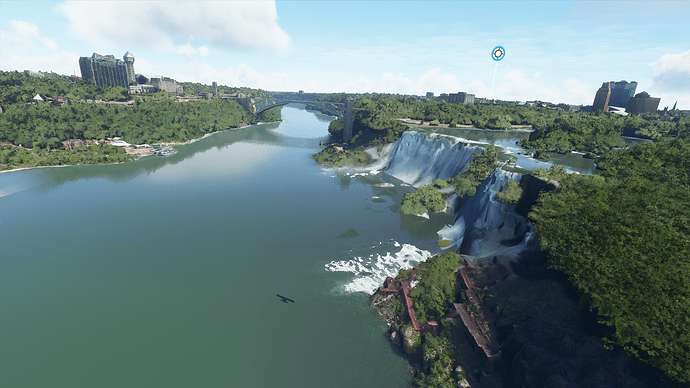 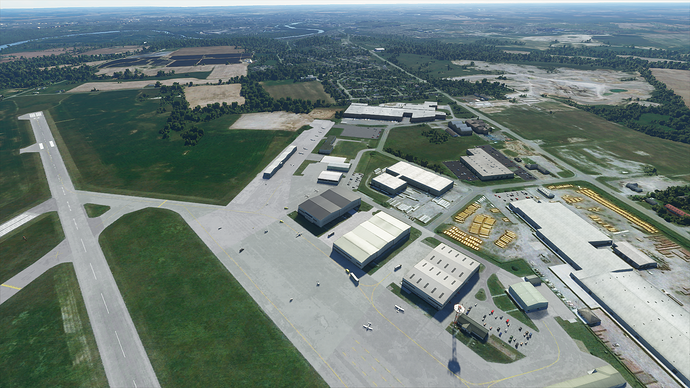 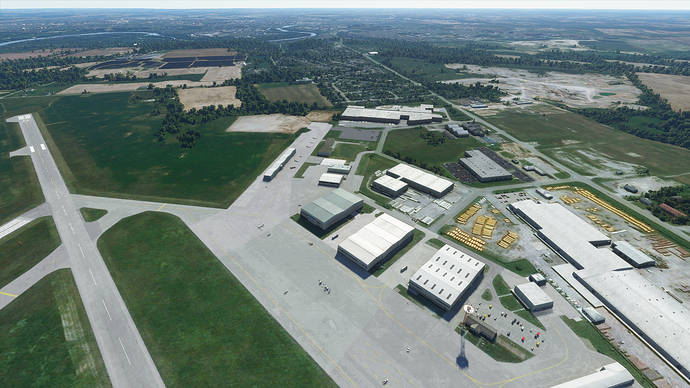 And one very curious one, my house changed! Pre-patch 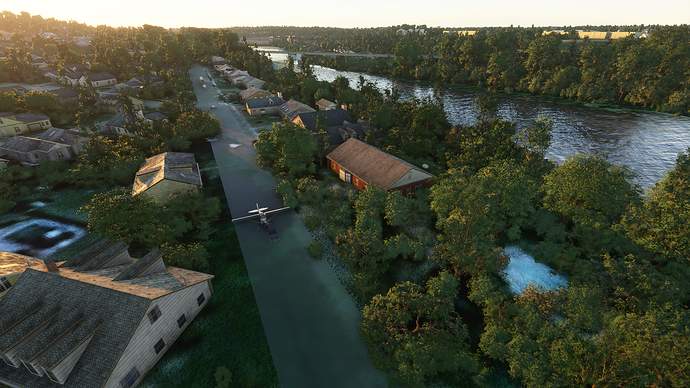 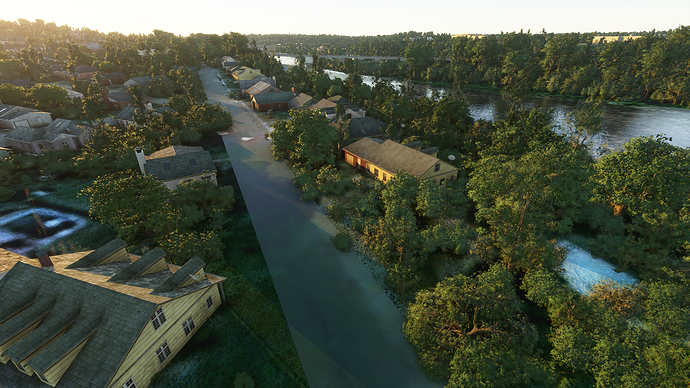 ParisLanding3B1920×1080 3.89 MB
Not that either are really representative, but still odd that the auto-gen trees are like for like while the houses changed.

Anyway, it seems when left enough time to fill the rolling cache (or pre-downloading an area) gives the same result in tree line etc. You can up the terrain and object detail sliders to force the game to grab more detail from further ahead / farther away from the player to compensate for the cache grabbing stuff from less far ahead.

I agree looking solely at this screenshot! Feels like St. Maarten hills on FSX launch!

I agree, not as good as before. This patch was not an improvement for me…

Definitiely happened to me, but i was trying out a lower settings preset. I eventually settled on a higher setting that didn’t have popping in too much and trees actually existed pass a few farm fields.

Now it seems like this lower setting optimization is being applied to the highest settings.

Go to your windows settings, search for xbox, bring up like xbox network settings or something, then click FIX IT. see if that OPENS your NAT and resets the connection

the top one looks way better

look at 0:44 water and reflections nice a crisp and alive on old patch on new patch flat and no detail .

Love the power of the internet.

The main thing I’m noticing is how bad the roads and towns look when higher than 5000ft. Previously I could fly at 10000ft and look down and see crisp roads and fields. Now they are fuzzy, blurry and generally look like a$$! They’ve definitely done something with the rendering level distance. Either that or their servers can’t handle the strain?
As for the pop-in stuff…I kinda always noticed that.

Hi,
Have those of you with problems checked this:

For me the status was Restricted/Moderated and I had to open some ports in my firewall to have it change to Open/Connected.

which port, in the firewall did you open ??

If anyone else, like me, has been stuck on “Nat Type - Moderate” forever for Xbox Live (Windows 10), I finally found a fix. Ever since I got Gears 4 at launch, it annoyed me that it always showed up as “Moderate” in the Xbox App for me. I tried...

It helped me, but I don’t want to tell everyone to start opening up ports in their firewall…

Yes mine says open and connected running 1gb ethernet spds running ultra thanks for the tip…If anyone is having nat type problem look at this from google … Failure to establish a Teredo IPsec connection to the QoS server can occur when the Windows Firewall is disabled, when security software has altered the Windows Firewall configuration, or when required Windows services have been disabled or stopped.