The higher resolution terrain is loading in way too late on Svalbard. There is a very small radius on what is loaded. Surely something is wrong here. 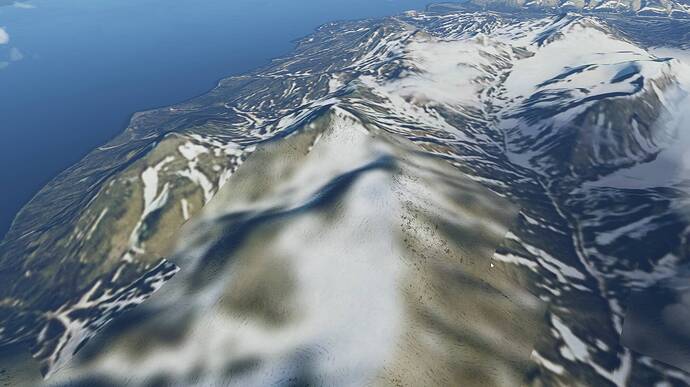 I am having the same problem in the area that I normally fly SEQM-SERB, until yesterday the photogrammetry was correct. Only the highest mountains were covered as is in reality with snow, but after the update many elevations have that low textured snow cover. 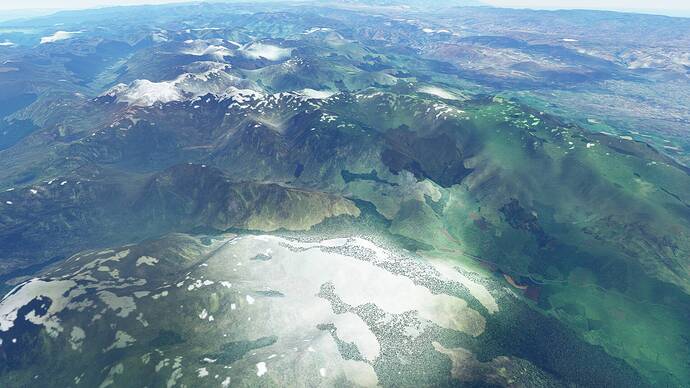 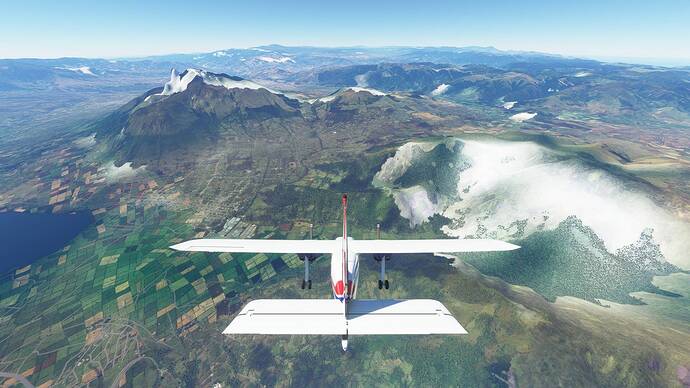 Regarding the ENSB LOD issue, I can confirm it. I just landed there and the only area that loaded somewhat higher resolution textures at the last minute was the immediate vicinity of the airport.
I think it’s possible that this issue is somehow related to this other issue (which I also experienced):

Svalbard flight (ENSB) - what a MESS! (FBW A320 and world related) World Discovery

Hi all, Second time ever attempting a flight into the northernmost commercial airport in the world. I remember it being weird the first time, but now I have confirmed something strange that isn’t happening elsewhere in the world… Left from Oslo, Norway, and eventually made my way to Longyear airport (safe landing and all)… First things first, I REALLY appreciate how good default weather is when it comes to showing things like delineated snow coverage. I was flying from the “green” part of Nor…

As you get very far north, some parts of MSFS seem to stop understanding where you are. Since the loading of higher resolution ground textures is probably triggered by your A/C position, it’s probable that it simply doesn’t happen if the sim is not interpreting your position correctly.
Any thoughts on this?

As for the snow in the ecuadorian valleys - that’s a pity. I grew up there and I would be really sad if something like this kills the immersion of flying there. Nevertheless, I believe that to be a separate issue from what happens at ENSB.

As I said on a (now deleted) previous post, this issue has always existed in northern areas. I used to see it a lot in Alaska several months ago, closer to launch. The new aerial imagery at Svalbard probably brought it out in this case.

What WernerAir said above could be true. There are several other LOD issues when approaching the poles, the reduced tree draw distance for example.

If that is the case I find it strange that they choose to make a custom airport at Svalbard.

What is rather strange to me is the fact that they choose to make a custom airport at Svalbard and before its release nobody notices that you can’t actually go there from anywhere else. I have the impression that IFR flying is not part of any pre-release testing.

After loading in the gps and vfr map were showing the wrong location, in the middle of the ocean. After moving the map for a bit it started to show the correct location.

Interesting. I couldn’t get the VFR map to show my actual location no matter what. I just can’t pull it further down. This is what it looks like (notice the little bit of land at the top, which is acutally the southern tip of Spitzbergen): 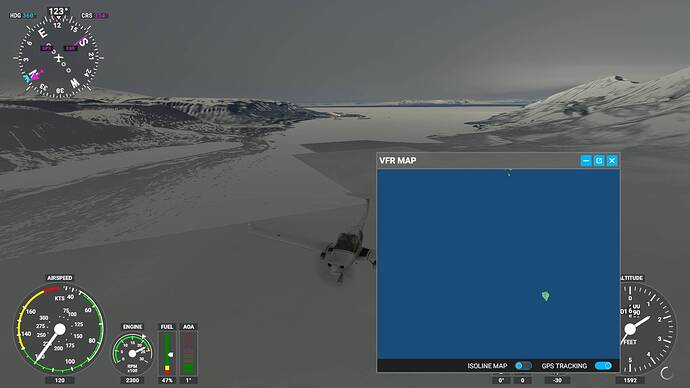 I think i took off from Svalbard, landed, moved the map around a bit in the Garmin GPS and then the plane icon snapped to the right location. Very strange i will have to try it again.

This comparison by ObsidianAnt shows off what happened with this World Update (watch until 2:34). 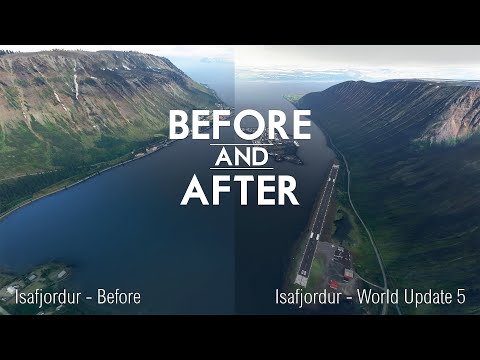 Previously only the low-resolution imagery existed, but now the new one does not draw out very far. I imagine that this could be because they haven’t compiled the new imagery at lower LOD levels, or it’s just bugged in areas closer to the poles. Something similar might have happened with Alaska in the USA World Update.

As to why they chose to make a custom airport at Svalbard with this glaring issue, perhaps only the high-resolution imagery was loaded into the scenery editor/developer build, and when testing it in the simulator, there wasn’t much point to just cancelling all the work they’ve done.

I guess they’re aware of it, but they did say when it comes to cosmetic/visual issues they rely on the amount of reports in order to prioritise them, so I would urge everyone to send a Zendesk report.

I guess they’re aware of it, but they did say when it comes to cosmetic/visual issues they rely on the amount of reports in order to prioritise them, so I would urge everyone to send a Zendesk report.

…and to upvote threads like this one to increase the visibility of the issue.

I am having this issue as well. I actually took a video but the forum won’t let me upload or link to it

It’s strange, it seems that the texture quality actually goes DOWN when you get close to an area. Very frustrating.

I did submit a bug report to zendesk. Seems odd that they would place a fancy new airport in an area that looks so bad.

I think this will be fixed on SU5. They found a bug with LOD that was linked to latitude, the longer north in the world was worse drawdistance.

I think this problem is affecting other areas all over the world. Today, I was flying over Mount Kenya, and there are some points with low res texture that doesn’t load, as well some “white bug areas”. I really hope that they fix this with next update!

I agree that the problem is not only linked to latitude. I just made a flight in Colombia and had the same issues: In some areas, the resolution seems to get lower when you approach, especially at high altitude, and when you’re directly above it looks really bad. By the way, there are a lot of places in northern Colombia where there seem to be clouds in the satellite and/or aerial images (looking a lot like the screenshots from walterdog9598 above), and a little bit it looked like the lower resolution appears especially in these places - perhaps as some sort of algorithm to disguise this. Now I am still convinced that this behaviour was introduced with WU5, as I have flown in the same area before and I never observed it before. I really hope it gets fixed in the next update.

You are right. I used to fly through all those areas: Colombia, Ecuador, Peru and some Central American countries, since the world update 5 many of them are affected with these white spots.

Hey guys, I’m curious. This “terrain popping” effect is nothing new. It was in P3D and FSX. So why is it an issue all of a sudden in MSFS? I’ll admit I never played those other flight sims. I come from X-plane and it wasn’t an issue there. I’m not saying it’s acceptable or not a problem. But since it was in the older games, it is completely understandable that it survived into MSFS. I just wonder why it was never talked about in P3D or FSX and fixed back then?

So why is it an issue all of a sudden in MSFS? […] I’m not saying it’s acceptable or not a problem[…]

Well I guess you answered your own question.

I think we can add the fact that seeing this in 2021 is quite bad when you see what can be done nowadays.

No I don’t believe I have. If you think so, then please tell me what the answer is.

To remind you, the question was why is [terrain popping] an issue now, all of a sudden, when the problem has existed in the base engine for decades? It wasn’t an issue in the past and now it is. Why? What has changed?

seeing this in 2021 is quite bad when you see what can be done nowadays.

X-plane did a much superior job years ago. Never mind about nowadays.