Problem: where is the airport ? 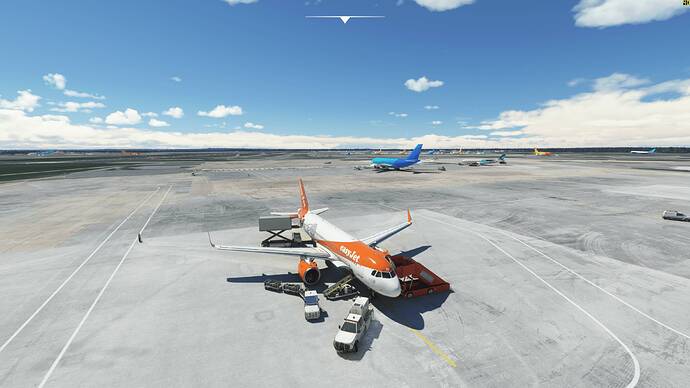 I can’t load directly into EGLL, or EGMC (or probably most/all other UK airports). The app just stops responding on the load screen, I have only tried a few uk airports since I got bored of constantly booting up the sim and trying again, I’ve given up.

But before I did give up, I fly from the water towards EGMC, and it was the same as this, probably worse actually, there was literally just the runway on a huge bland tile of landscape, and one or 2 small ‘buildings’ that were actually just roofs floating in the air.

I presume if you tried to spawn into EGLL it would die, and like me, the only reason you got there at all is that you fly there from elsewhere.

Thanks for feedback. I stop the sim’ for few days waiting for a new patch. Too many bugs for now…

Do you have any other mods installed?
Have you tried loading in without the easy jet livery in the folder?

Which Edition (standard, Deluxe etc.) are you running.

Have you downloaded the updates from the content manager?

Also just had this at Edinburgh EGPH

Hi all
My version : FS Standard
The only mod I have is the a32nx directly downloaded from FS2020 content management.
And yes, i downloaded all of updated content.
I will wait the patch thanks!
No worry I understand the situation the optimisation and the positive impact on the FPS is very huge.

I can’t load into KDCA either.