With lockdown in full force here in UK and my flight training cancelled for the foreseeable future I thought I’d start an epic journey from Cape Town, South Africa to John o’ Groats at the northern tip of Scotland. With family in Cape Town, it’s a journey I’ve done many times before albeit at 35,000 feet!

The Route: Following in the footsteps of Ewan McGregor and Charley Boreman I will be tracing the route of their motorcycle journey in Long Way Down. As the UK World update is delayed I will be doing this in reverse 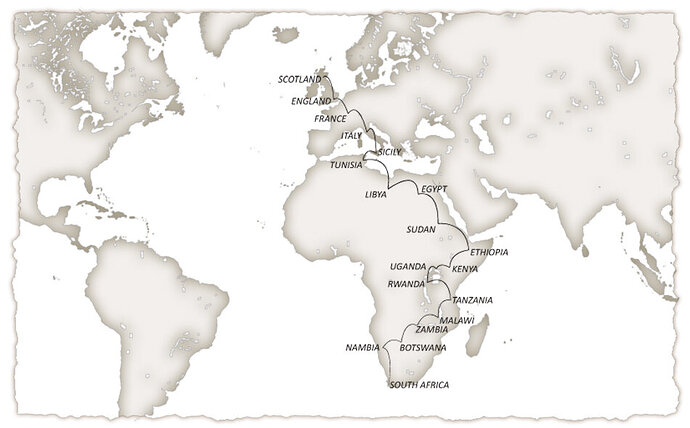 Aircraft: Flight Design CTSL, the closest in performance and flight characteristics to the Skyranger Nynja I’m learning on.

Flight Rules: VFR all the way, no autopilot (even if I wanted to the CTSL wont allow it!). Live weather with adjustments to time allowed to maintain VFR.

I will be updating a Little Nav Map flight plan as I go and will keep it attached to this post.
VFR Stellenbosch Airport (FASH) to Harar Meda (HAHM).lnmpln (24.7 KB)
Join me for the trip on Discord. Microlight Simming

Starting from Stellenbosch in the heart of the Cape Winelands, the first leg took me down the coast past the whale watching town of Hermanus to Cape Agulhas the southernmost point of Africa. A short distance inland Andrew’s Field gave me the gift of a 15 Knot crosswind (probably outside the limits for the tiny CTSL!)

The next leg will take me north to Ceres the citrus capital of South Africa. 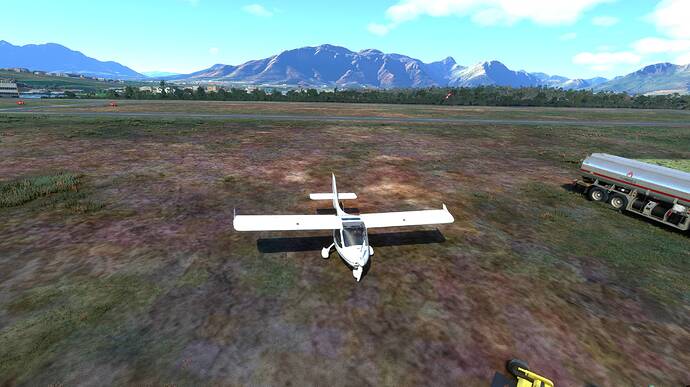 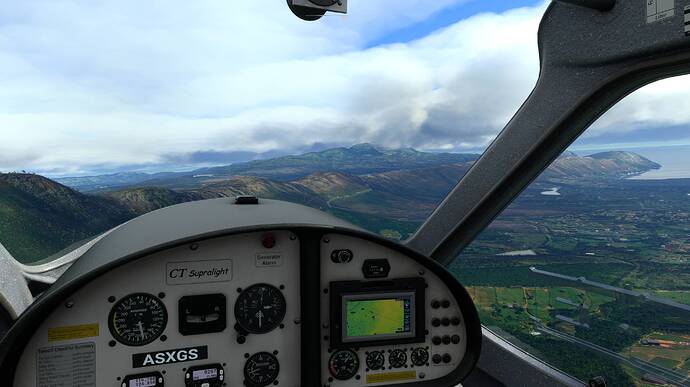 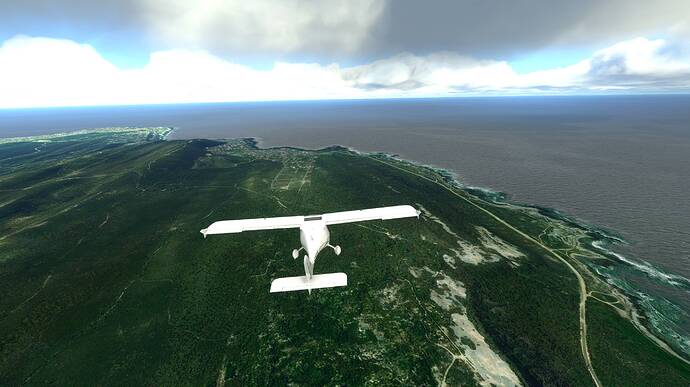 Later on in the afternoon the wind had died down leading to a smooth flight up north to Ceres with a few bumps summiting the Fonteintjiesberg before descending down to Ceres. 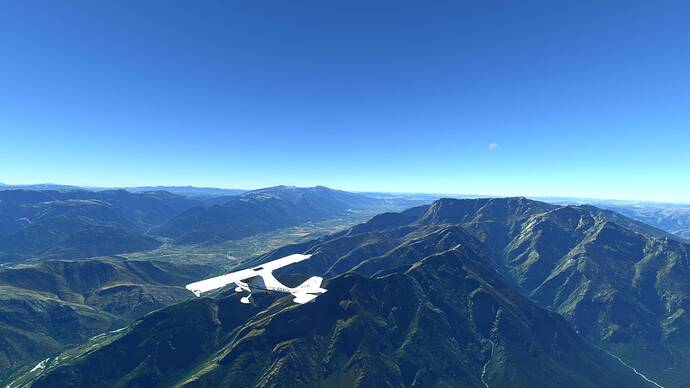 After sharing a few Castle Lite’s with the local Ceres fruit farmers, I managed to convince a gang of them to help me paint the old bird and swap out the ASI for one in Knots (kph was really getting to me!). With the Kalahari and Namib desserts only a few days away, hopefully the dark blue will help to hide the dust!

Finished the work with enough time to make the hop up north to my next calling point winding through the valleys and lush farmland which are slowly fading away to dusty plains. 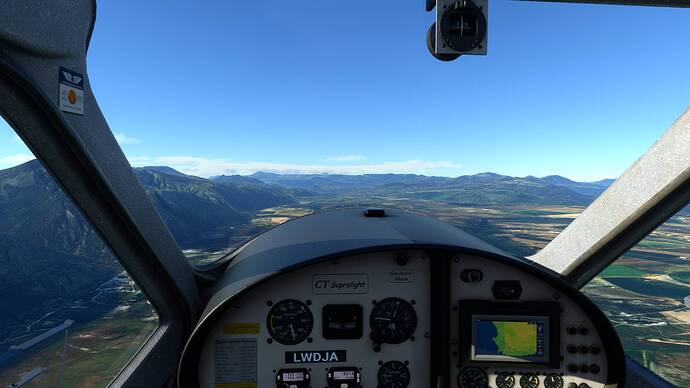 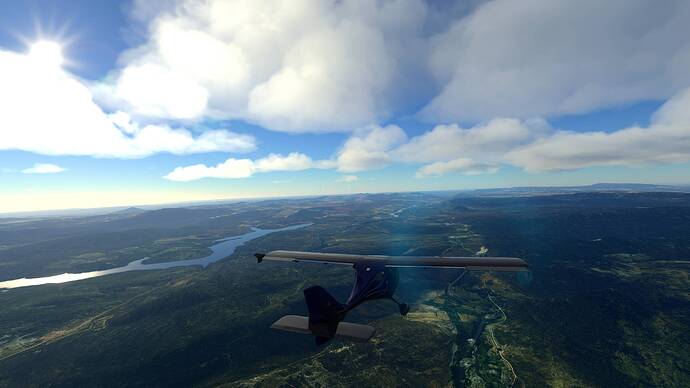 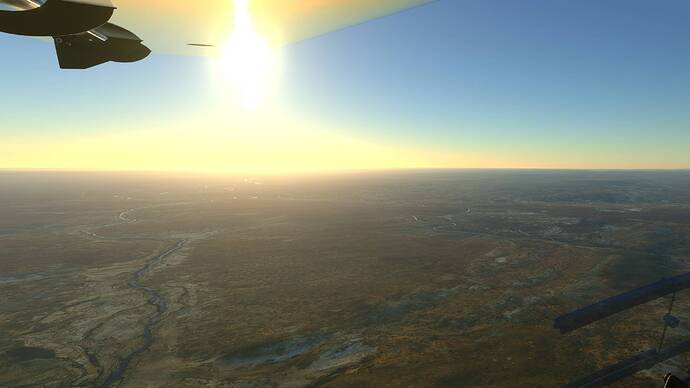 ✓ Aircraft ASI in Knots is a Microsoft Flight Simulator 2020 mod created by discman. Download for free to enhance your experience in MSFS 2020.

An early wake-up for a pleasant flight up north over barren mountains to Springbok, the South African Rugby team’s namesake and a very tasty steak. The small “dorp” of Paulshoek was the only sign of human life for the entire flight, it’s the wide open spaces that I miss about Africa. 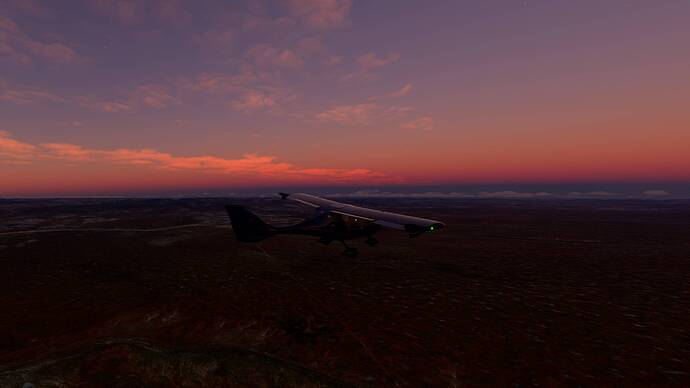 An easy leg following the N7 up north to the Orange River and my first border crossing of the route landing near the border town Vioolsdrif, Namibia. This is where the real adventure starts with the Fish River Canyon and Dunes of the Namib dessert to look forward to!

Struggling a bit with the CTSLs tendencies to continuously yaw left at cruise power, hopefully the Mechanics at Asobo will send me a fix soon! 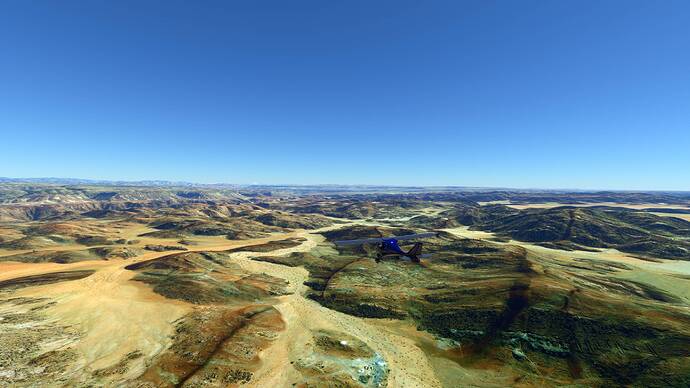 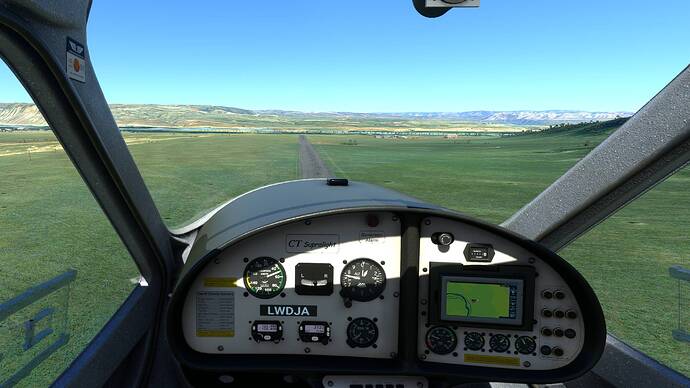 Leaving Port Nolloth, a short flight over lush green fields still showing the benefit of the summer rain before diving into a 40NM canyon run up the fish river to Canon Lodge.

The Rudder trim is still really bugging me cant seem to find the right setting on the “turnbuckle” to allow hands off at cruise. Rudder Trim is disabled on the CTSL and an offset to the rudder axis in sensitivity turns the constant left yaw into a right yaw

There’s a distinct lack of multiplayer traffic in Southern Africa, might set up a Discord Channel if anyone’s keen to drop in for a few legs? Will probably be quite short notice for each flight, but the times I normally fly are evenings GMT and some weekend mornings. Let me know! 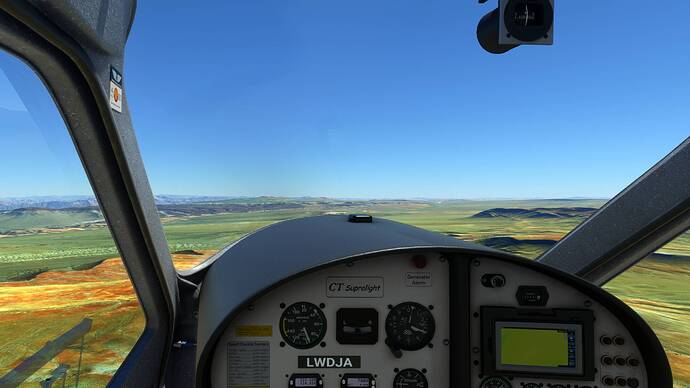 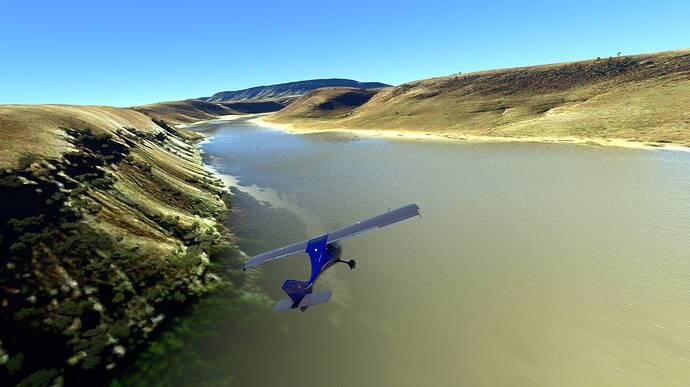 Yes, let’s fly together. I am retired so I have all the time in the world to fly around in remote places.
At the moment I’m parked at Port Nolloth waiting for Leg 6 instructions. Fantastic trip so far in my Xcub.
But, I know almost nothing about multiplayer, have tried it only once (Tell Tours, Switzerland). That worked terrific apart from Discord, which I never managed to set up properly.

@DenJyskeUlv great to have you along for the journey and glad you’re enjoying the trip so far! Sorry I got a bit behind with my flight plan admin, I’ll attach the latest version of the plan above shortly with Leg 6 and a draft of 7&8.

The Xcub is a great aircraft and have been really enjoying it with the trips around Idaho that @MikeBonocore has been producing over the last few months(http://msfsbushtrips.com/). It would actually have been my choice for this trip, had it not been getting me into bad tail-dragger habits! In any case the Cub is a good match for the CTSL in terms of cruise speed / performance.

It’s a busy few days at work for me (some of us have to do it!), but am planning to fly leg 7 on Wednesday evening (8pm GMT ish). Leg 7 will take us from Cannon Lodge over to the coast at Luderitz. I’ll post full details of the multiplayer setup here today / tomorrow, please to drop me a PM if you have any issues.

There is a scenery enhancement available for Luderitz (Leg 7). Not mandatory but will improve the experience.

✓ FYLZ Lüderitz Improvement is a Microsoft Flight Simulator 2020 mod created by Viktoren69. Download for free to enhance your experience in MSFS 2020.

Thanks so much for the tip! I have Saitek pedals as well so will give your settings a try. Just one point to clarify are you using Modern Flight Model and Assistance set to “real life”?

The left yaw for me is quite subtle, 1-2 degrees in a minute but it is really noticeable on long legs where I have to keep a constant right bank to offset it!

Yes to all,first time in this aircraft,although I’m new to flying!

I’ve set up a discord channel for anyone interested in joining in on the action live. Full details of flight setup and a calendar are included in the channel. Trip reports and screenshots will remain here

Check out the Microlight Simming community on Discord - hang out with 5 other members and enjoy free voice and text chat.

Reminder I’ll be flying leg 7 to Luderitz live on discord this evening at 8pm gmt, I hope some of you can join

The longest leg so far, a sunrise take off led us in a straight line over sandy deserts before touching down at our first international airport of the trip Luderitz in sight of the vast expanse of the Atlantic.

It was an absolute pleasure sharing the journey with @DenJyskeUlv in his Xcub. After 30 minutes of watching me veer off to the left due to my troublesome rudder trim we decided it was much easier for me to take directions from the AP equiped cub!

learning from this experience and with thousands of miles to go I’ve treated the CTSL to an avionics upgrade. Big thanks davux3 ad flightsim.to.

I plan to fly leg 8 at 1000 GMT Saturday morning. Updated flight plan attached above and full details will shortly be on my discord. 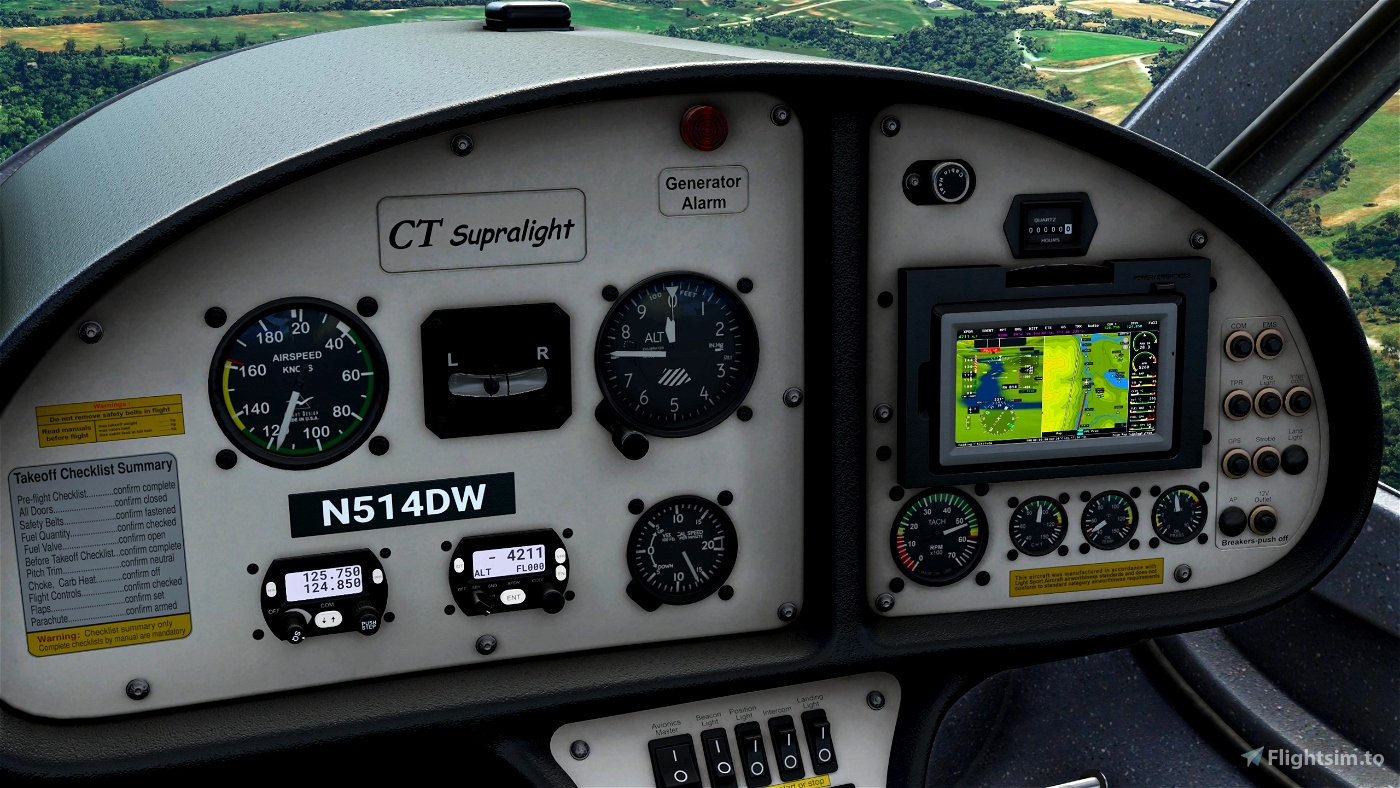 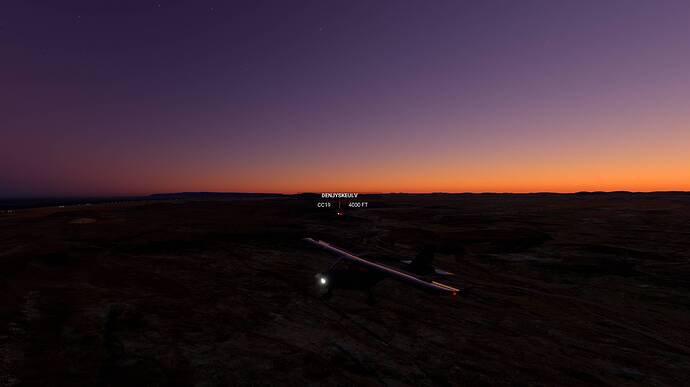 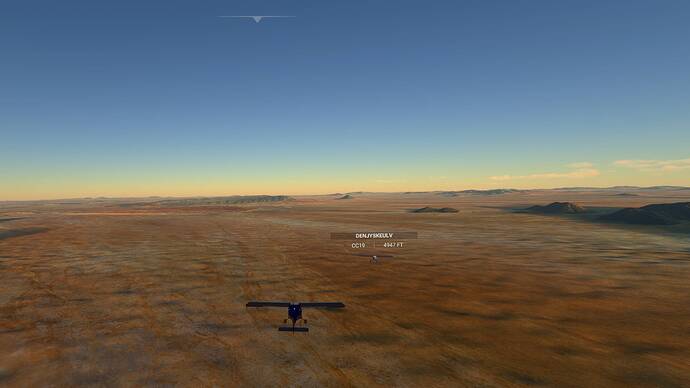 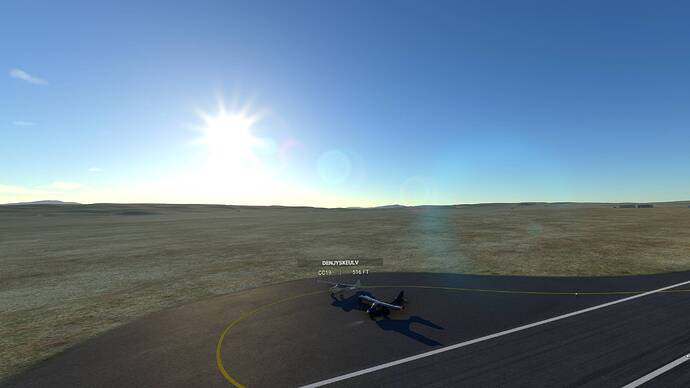 Leg 8 will be starting in 30 mins on Discord

What a great leg with @TicTocRock for company! We left Luderitz at midday and ambled up the barren coastline before turning inlands towards the spectacular dunes of Sossusvlei. It’s a part of the world that I visited before (a few pics below from back in 2011) and the sim really showed off its ability to bring the dunes to life.

The landing into Sesriem was a little bit shakey for me and I only had sight of the field at the last minute. Fortunately @TicTocRock was there to guide me in

I’m planning to fly the next leg to Windhoek on Wednesday evening. Flight plan and discord will be updated shortly. 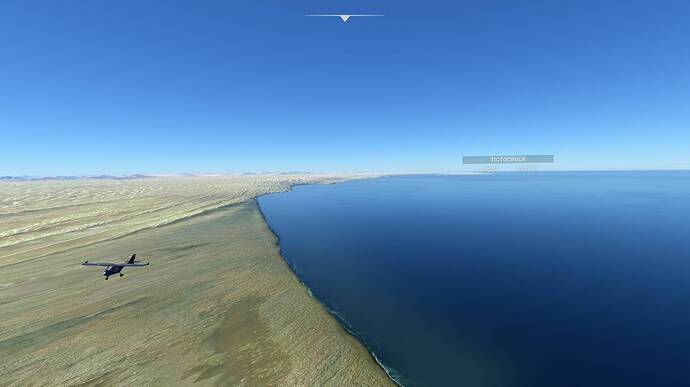 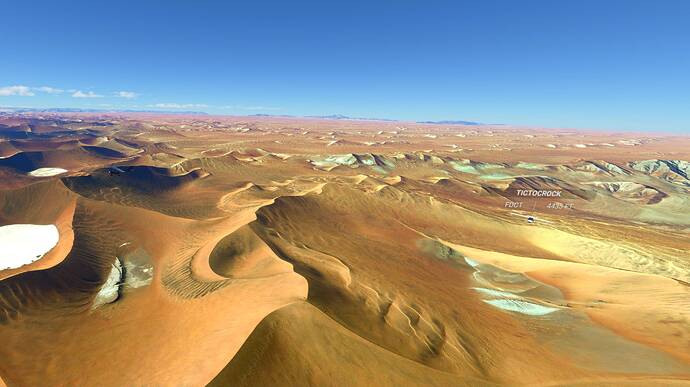 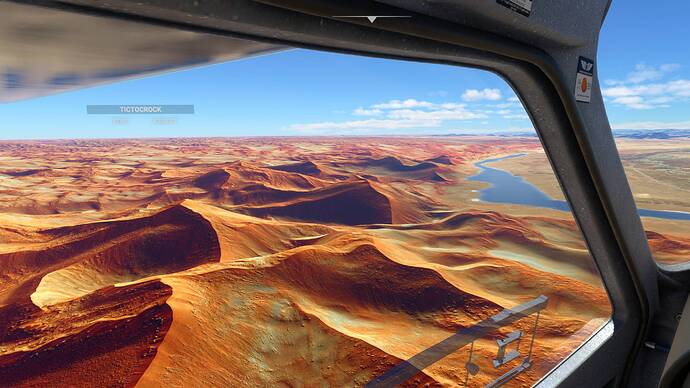 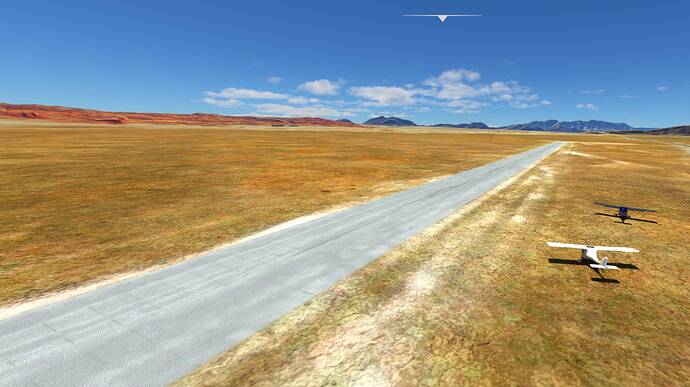 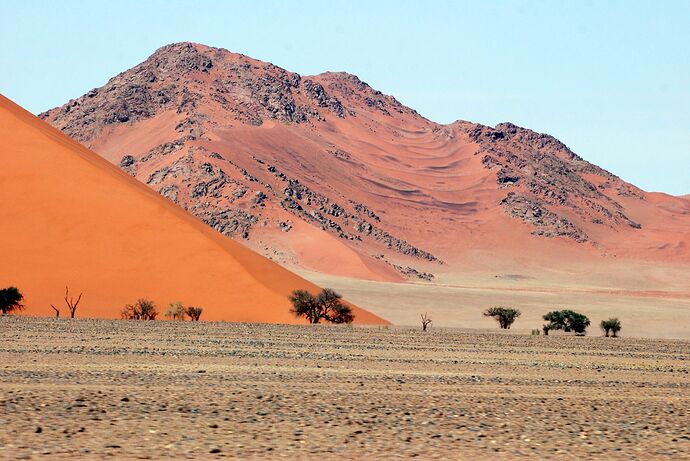 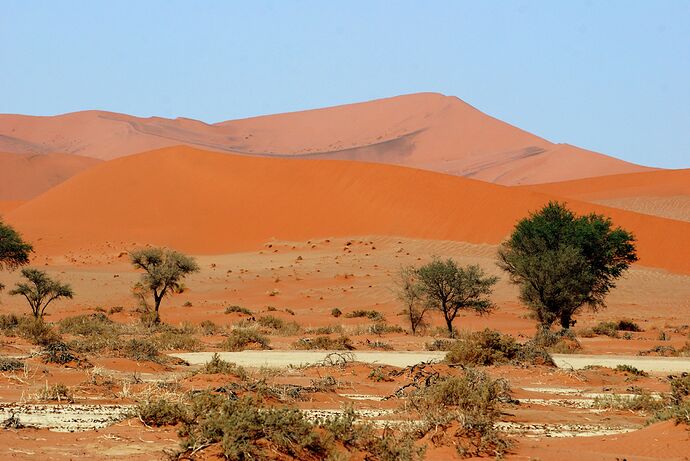 With the temptation of a cold beer at Joe’s Beer House in Windhoek @DenJyskeUlv and @TicTocRock joined me on this leg to Namibia’s capital. @TicTocRoc and I struggled a bit with the rising elevation and had to push hard to maintain altitude and keep up with @DenJyskeUlv Cub but we all made it in one piece with an “interesting” cross-wind landing into Windhoek.

Close to 1000NM travelled in the trip so far and many more to go! Great company, fantastic scenery and interesting flying is all helping to quench the lockdown blues

Leg 9 will be on Sunday morning our final leg in Namibia.