Manipulators increase in latency and FPS decrease at High Altitudes

Further testing, it seems that It’s only affecting aircraft with glass cockpits (airliners, G3X) with the exception of G1000Nxi,

Turned off the following:

while climbing, the Main Thread will bog down first, bring the FPS from 70 down to 51 as shown 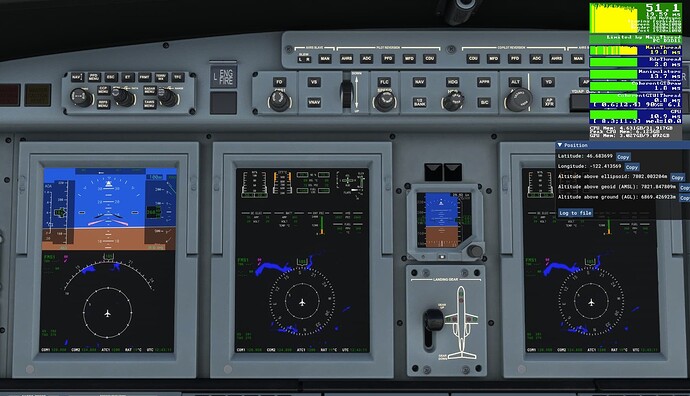 then followed by the Manipulators, bringing the FPS much lower 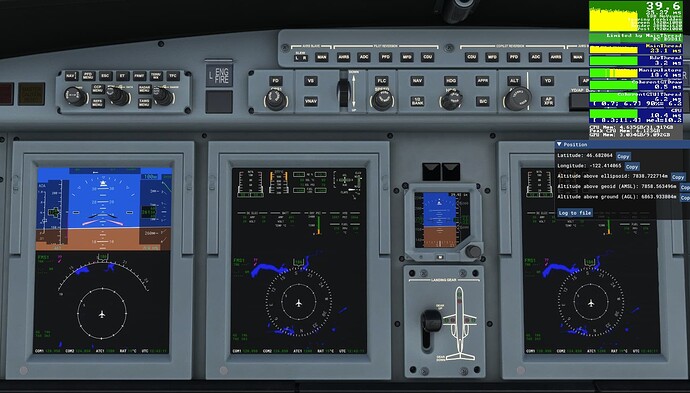 samething happen to me tonight with FBW the fps comeback to normal at loke FL200…before the update the FPS drop was at FL320. But now after SU8 a have lot better performance on the ground…the high altitude drop of fps is s very weird problem

where are you flying when you encountered this?

I tried to replicate that flight, here’s what I got

yes samethins…every route i fly a have the same problem…

Restored my PC to its previous configuration step by step (Program Installs and Drivers) after resetting Windows 11, and to test after each install to see what has caused it, but to no avail.

There’s another topic where they are enthusiastic about a registry setting, which seems to help quite some people. Could some of you try it out to see if it works?

Can confirm after doing this fix I’m playing flight sim as advertised, untill this new connection problem is now in play

Did this actually resolve the high altitude performance bug for you? I’m having the same issue and trying to avoid a full windows reinstall. So frustrating.

What fix are you referring to?

for me it is helping a bit but not enough, they realy have to fix that problem…

For the record, I just bit the bullet and upgraded from Windows 10 to Windows 11 last night and this resolved this problem for me and gained me a few more FPS in general. It seems Asobo is optimizing for Windows 11 now as 10 is being deprecated. I would advise anyone having this issue to upgrade.

it isnt happening at all when i fly SEQM-SKCC or vice versa, this scenery seams not “optimized” yet…

Thx again for the tip, i installed Windows 11 and the problem is gone now

Great to hear! I opened a ticket and informed Zendesk of this, such a strange issue but seems like they must be testing and optimizing for W11 at this point. Happy flying.

How was this solved if ever? @avgeeek

this is me after SU10 I experinced the same high manipulators today. After 40 minutes out of Bosten … Ahhhrggg … Wondering what the trigger is cause I had a lot of flights with the same aircraft after SU 10 and the other one ?!?

What are the manipulators good for?

We are the unlucky ones

I have uninstalled the simulator and these are my manipulators fresh from the store no addons no free content. 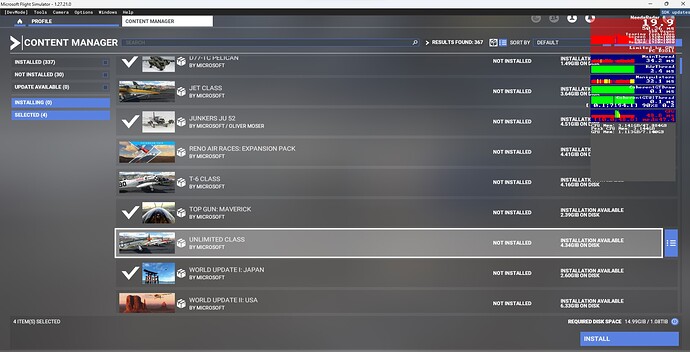