Brief description of the issue:
I did a small flight with the Kodiak von ENHV to ENMH with manual created weather.
First I sat a takeoff-wind of 19 KM/h from 190 degree.
But this was completely UNFLYABLE. In reality it should be no problem for a Kodiak.

Next try was 10 km/h from 190 degree, but even this was barely flyable.

When you see the wind-display in the cockpit, then you can see, the windspeed does NOT match to the manuel edited windspeed!
8.5 km/h is 4,6 knots !! and not 20kt 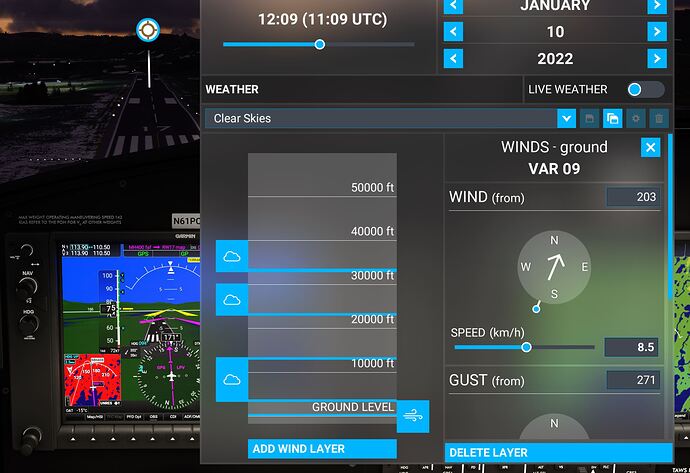 my guess is:
they MULTIPLIED the KM/h windspeed by 1.862 instead of DIVIDE, which would have been correct!

I had the same problem.

now I tried this with the stock Cessna Caravan and made a video.
Remember 18 km/h is only 10 knots, which sould be very easy with a Caravan or Kodiak.
But here… its completely unflyable.

Have a look at the final of this video. The aircaft flys more in crab than straight!

And the TORQUE behavior is very strange as well!! 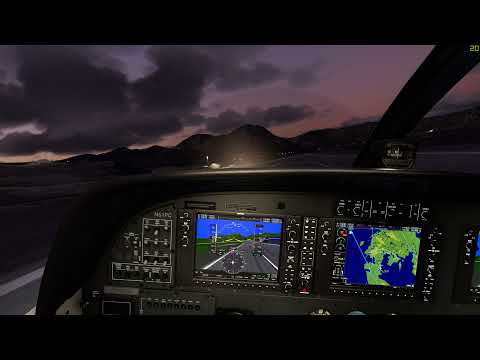 Had the same. Tried to input some manual winds to practice crosswind landings at my local. 20km/h wind and my poor Cessna 152 had a negative groundspeed flying into the wind (i.e. I was going backwards on full power!). Clearly not right by orders of magnitude.

The question is if this is something tied to the whole weather system and not only to manual weather. Yesterday I flew to ENSG in the middle of Norway. According to meteoblue the south had clear weather while there was a large front over the middle of Norway with windspeeds of 30 to 40 km.

Sure enough, I started at Torp with clear skies an after a half hour there was this cloud front forming. The flight became a rough ride. Never experienced such heavy turbulence. Barely survived it in the Kodiak.

Clearly not right by orders of magnitude

Yesterday I tried out some strong crosswind landings with an ultralight after some time again.
I was pleasantly surprised to see how close to reality now the sim performed under these circumstances.
I can judge that after crosswind landings at Rostock (30 to 40 knots constant crosswinds are not seldom) with a Bücker 181 and at Speyer (here with a Dimona motorglider).

Any comments from MS/Asobo on this? Will it get fixed sometimes?

I think someone multiplied rather than divided.