About the only one I ever buy is Meigs, because I know it well, and some jerk of a mayor illegally closed it so he could make a park. It’s the only way I can interact with that airport now.

Other than that, if I add any airports, they’re freeware, and I may or may not ever use them more than once or twice. They either get deleted again if I ever need the space, or if I actually like one, I base out of it for awhile.

■■■■ i was hoping there was more to it, but i guess jerk mayors is a fair enough reason.

I meant my add-on was the first I ever made not that the orbx add-on was my first.

Obviously not every single airport. Just some. And yes it does look good when your environment looks realistic and not just a generic brick. Anyways, we all have our preferences. High quality airports for $15 not even including the discount price for previous version owners which would knock like 30% of that or points system like Flightbeam uses? I’m sold. Genuinely exciting to watch how these guys will utilise the new features of the sim.

Some of the terrain issue’s yeah, literally get a polygon or rectangle tool out in the sdk editor and flatten that bit of terrain, especially easy when in real life the area is pretty flat makes it easier.

No offence but you went onto the ORBX forum and ranted at them about how bad you think their addon is and how it messes up your work. As a result you have been greeted with a stony silence. If you had told them politely what you were doing, how the London addon affected your work and had asked if they would be kind enough to mod their scenery I suspect they would have obliged in time.

You are a clever guy and very helpful with great work which we all benefit from but sadly I think you have probably shot yourself in the foot with a lack of diplomacy when dealing with ORBX.

4 Likes
Orbx London city pack is a joke and Microsoft should remove it from the marketplace
LincolnSixE September 10, 2020, 4:44pm #43

The definition of ‘handcrafted’ is down to interpretation. I can handcraft a sculpture but it doesn’t make me Michaelangelo. Likewise it’s also down to interpretation and opinion whether they are of sufficient quality. Personally I am happy with them as they are on par with a lot of payware you get in other sims, if not better,
and I got 10 of them (3 of which I fly from regularly) plus a bunch of aircraft for $60 which for me is good value. Others may disagree and that’s fine too.

I guess I’m just not one of the people that demands the best of everything (especially given the reasonable cost) and have got their tape measure out nit picking everything in this sim.

I actually bought KDEN because I liked what I saw, Flightbeam are new to me as they were sensible enough to steer clear of X-Plane and they seem like good devs making good products so why not support them, rather than throwing cash at the rehash quick buck merchants that have begun flooding the Marketplace.

While I understand you’re not satisfied with the Asobo “handcrafted” airports, keep in mind that the airports in the marketplace aren’t sold by Microsoft, they’re just providing the platform for third party developers to offer whichever kind of addon they want to sell, without MS taking much control over what’s on offer.

I also suspect that if you bought payware versions of all the extra airports and planes if they ever become available that would cost considerably more than the upgrade price. If the payware ones are better quality, it is of course your choice to buy them. Difficult to know in advance what airports will/won’t get made into payware and what the cost will be though.

I just downloaded the free airport but don’t see where it was installed on my PC. How do I find it?

this is what i have noticed the prices are very low compared to the same products on FSX/P3D/XP11 i am guessing because the developers do not need to do ground imagry for miles around the airport to make it look better there main focus is just the airport itself this is reflected in the price.

To be honest I don’t care if Orbx are upset it’s there work not mine, I will see if I can learn to add objects myself I had never planned to as I knew of the orbx add-on and hoped it would work seamlessly but appears not.
If they don’t like it don’t release poor work they will lose out not me.
I was doing it for my own sim and offered it out to others for free Not looking to make anything from it.
I hate poor quality work my moto is “if your gonna do something do it properly or don’t bother.”

I guess I’m more frustrated than other because I probably spent over 40 Hours on my Thames fix.
I don’t want to add anymore posts in here about it.

(all said in a calm way and appreciate what your saying)

i bought via steam, and the prices in marketplace are very different for who purchased via microsoft store… why this? I’ve just confirmed this with my friend that bought via MS (i get it via steam and prices for me is so much highter in marketplace .i had intention to buy denver and some orbx…but i did disapointed)…some help please

Support gave us an automatic response and I have very little hope that this problem will be fixed. Since Microsoft does not appear to be willing to solve it, I don’t condemn people who use ‘illegal means’ to obtain this content. No one is going to be crazy enough to buy content that is more expensive than it should be.

Could we please have discussion without this constant drama?

The OP informed us about an update. And people here exchange their opinions and it seems some say that the handcrafted airports are not up to their expectations.

Good, so now everyone can make a decision wether they buy the Premium or not. And those who already bought it must ask themselves why they didn’t get gamepass and wait for the peer review.

This topics seems to have turned into you boasting about your work.

well that’s your opinion, far from boasting it I’m an amateur when it comes to these things and still learning my point is that if I was able to fix the issue’s discussed so easily then so can a company being payed.
Nothing posted above suggests I was boasting

I was actually trying not to make multiple posts in here but then the trolls turned up.

nice editing. look at the trees in distance 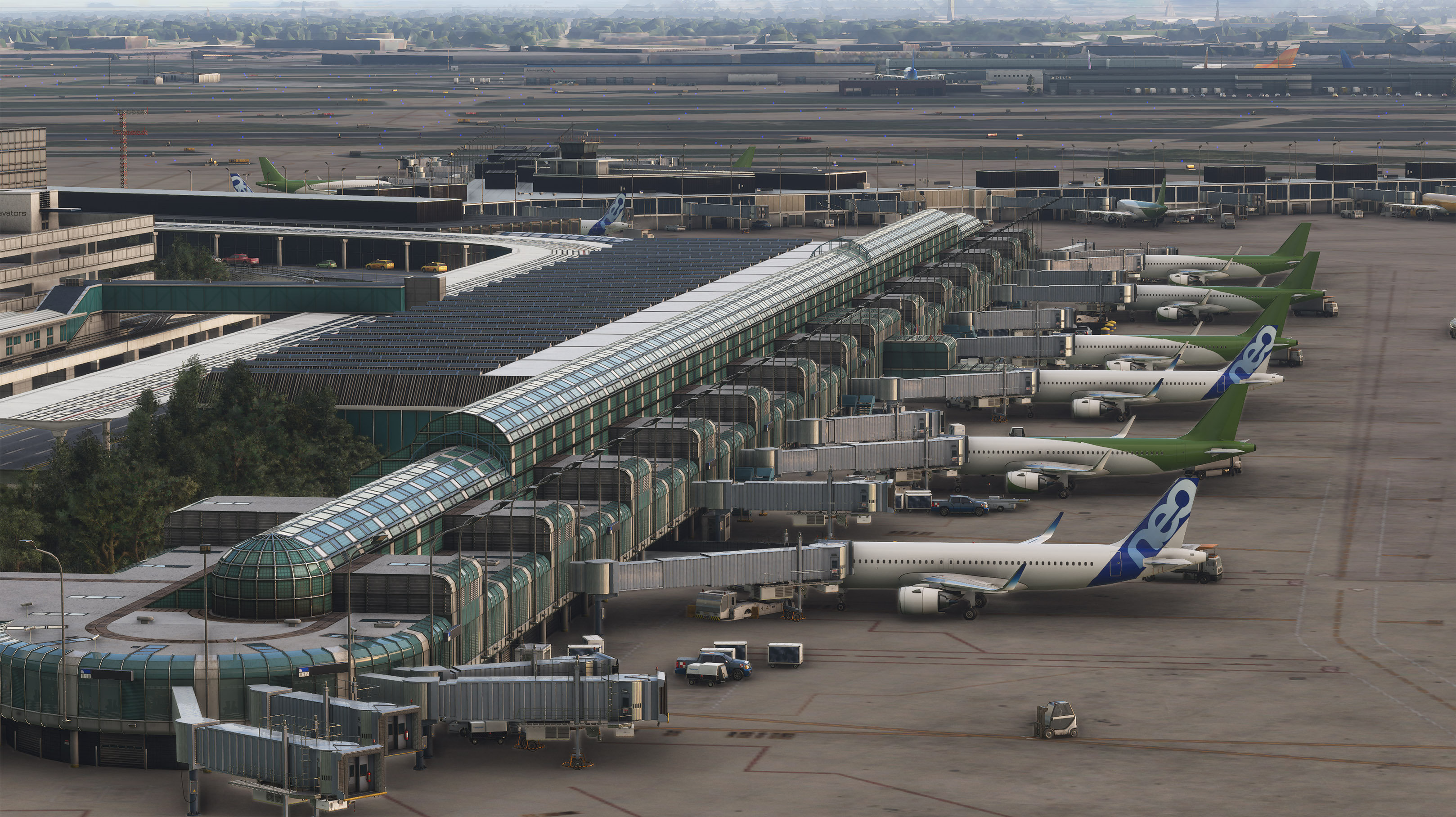 Can be improved with increased LOD. I wouldn’t put it on the developer though since that is the photogrammetry from Chicago and not related to the airport at all.