Because stutters and performance drops are not caused by 3rd party addon. It’s a actually caused by some faults in MSFS’s core.

Yes but thats what they will say is causing the poor performance. At least this would prove different and that the root of the issue is with them.

If some would read what was allready posted here, it is not happening in South America for ex. if flying SEQM-SKCC for ex., but for shure for those affected, will happen if flying in Europe for ex. LIRF-EDDH. Seams to be a non 3rd party scenery problem.

We already had many of those area specific problems, whitch got solved over time…

If using less or non 3rd party content (planes, airports, scenery) the problem is likely more mild and or may occur later in flight.

I fly a lot of time over South America and the stutter close to ground still there.

On cruise flight, I have the “saving” icon every 5/10sec.

I don’t understand why panning the camera results in so many stutters. It seems like off screen caching doesn’t seem to work as good as it did before.

I am currently flying a long haul and have been fine for about 6 hours and now I am seeing FPS of about 15-16. I don’t think its a memory leak because I am only using 60% memory and my GPU (3070ti) is only at 36%. Is there anything I can do to fix this? I have tried turning off AI traffic and all online features, turning off and on the VFR map because for some reason that works sometimes. I have a feeling it has to do with toolbar pushback and if this is the only issue I am going to get rid of it for good its never done anything well for the sim other than make pushback a little easier.

At the end of the day, any major update that results in worse performance should never be released in the first place.

Exactly right. I’ve been saying this since the latest SU 8&9-induced performance chaos. They need to define a set of guaranteed minimum performance parameters and never implement any “updates” or “enhancements” that would degrade those parameters…at all.

I’m on XBOX Series X at the moment, and experienced horrible stutters and freezes after SU 8, only to be followed by a loss of all antialiasing, ridiculously short draw distance, and terrible pop-in, even right under the aircraft, with SU 9 (among its many other problems). I suspect that Asobo discovered the SU 8-caused performance problems and tried to compensate by dialing back image quality to the point that they wrecked it. Funny thing is, even with substantially worse image quality the performance problems are still about 80-90% as bad as they were after SU 8.

As many on PC have said, and it holds true for XBOX as well, performance was great prior to SU 8, with excellent image quality as well, so there’s no reason that the sim should be such a mess now. They need to just figure out what changed and get rid of it. If that stops some marketing department-pushed DLC or “upgrades” then so be it. There’s no point in continuing to push out new stuff if the foundation they’re stacking it on top of is crumbling.

plz understand that this thread here is not about stutters, it is about frames per second drop (over time ?) after SU9 (last hotfix ?).

Here again is the threat title:

When the problem occur (for me) it is completly without stutters in Europe or South America (i did not tested it elswhere).

It is much likely that Your stutters come from a different problem.

can someone with the same problem (fps drop over time) confirm, that the problem isnt happening when flying SEQM-SKCC or vice versa ?

I can’t understand why, it might just be a coincidence. But it’s the second flight sequence I’ve done over mountainous places and the simulator completely changes its performance.

Until this moment everything was fluid and normal, after going over mountains my FPS improved a little only in the short final.

The rest of the flight was a total stutter going from 50 to 5 FPS, sometimes 1fps totally crippling the simulator. 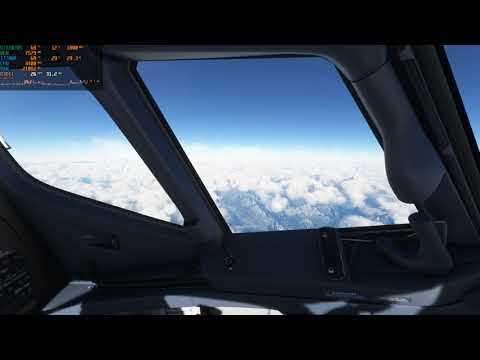 My sim runs perfectly smooth and that started happening to me up to yesterday during cruise with PMDG. Restarted the sim and it went away.

Is there anything I can do to fix this?

The short answer is no.

Hi everyone,
I had the same problem and no idea what to do. But after going through the various forum discussions, I finally found a solution for myself:

I think the problem was Yourcontrol! Now stable frames!!

Yes, when you restart the simulator it disappears, but the next day it will come back. It’s the 4th time that my FPS drops in Cruzeiro and I’m forced to finish the flight with 5 FPS

I’ve been having these fps drops and stuttering problems for a week now, probably after the latest updates. I’ve tried everything and I can’t solve the problem, is there any word on whether Asobo or Microsoft is going to release a new update or patch to fix this nasty problem?

It’s exactly the same for me everywhere and with any aircraft. I have done many tests with different aircraft but the problem is still there. It is impossible to make a landing in this situation.

No, there’s complete silence from Asobo. I think they do not even know what’s causing these issues, which is very embarrassing. They just can’t admit they have no control over their own product. So they are trying to ignore it.

in Fullscreen mode 5 FPS (Windows style avg 70 FPS), very slow and laggy App performance since Update to 1.25.9.0 with MS Store version. In window mode much better. Resolution 5120x1440 here. In fullscreen mode a delay in main menu of the app for about 6 or 7 seconds most of the time. you can move around with your mouse but the app is always behind it and you are the lucky one if you click at the right time.

what can i say… the problem is gone after installing Windows 11 !