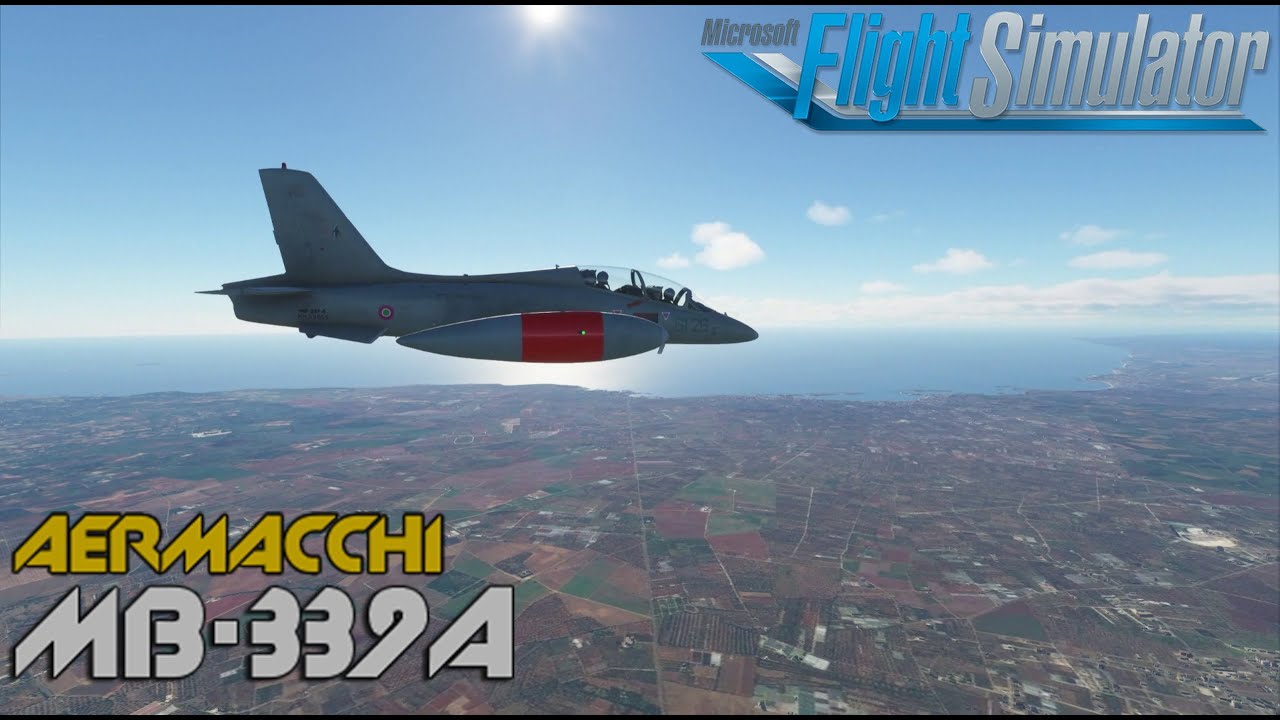 yeah i just bought the MB 339 jet, and its very nice. but when i took a small flight from MacDill AFB to Miami. i had it set to the AI Control to fly the plane, it did everything perfect except the landing part. didn’t even reach the airport before it crashed, that’s the issues with the AI control it doesn’t seem to read the runways correctly. Please Fix The Landing issues.

Same with me. Sometimes, it doesn’t even bring the landing gear down…

The plane’s speed must be below the yellow line in the airspeed indicator to extend the gear.

It didn’t bring the landing gear at CYUL when on autopilot on AI. AI should know better…

Thank you for the info anyway, I will take that in consideration when I fly the plane myself.

Why would you want to use Auto Pilot anyway ? Airliners I understand but the MB-339 is a plane to be enjoyed

Man you are a saver, I just to the plane and was wondering why i am not having gear go down. Is there a manual for this plane? or a site with some extra specs…?

Does anyone know how to map the landing or taxi lights to a button on the keyboard or HOTAS? The default keyboard commands Landing Light ctrl + L and Taxi Lights Alt + J don’t seem to work. One button in the cockpit controls both. It’s a 3 way switch which toggles from OFF to Landing Light to Taxi Light.

you can bind a joy button / keyboard key to the command “SET LANDING LIGHTS” that would toggle the landing lights
same stuff about “SET TAXI LIGHTS”.
Dunno in this airplane the two of them are made such that they would turn on/off alternatively (well it is that way how the cockpit lever works)

Anyone knows how to de-ice the canopy of this airplane? Anti-ice system works fine but as I fly into clouds this winter I got half of the canopy covered with ice and condensation. Landing is really trouble with such poor view

The De-ice button in the cockpit doesn’t work for the moment.
You have to assign a key command to “toggle windshield deice” in the control panel (Instruments & Systems → Engine instruments).

I did try with no effect. I found and binded the command and activated it. The winshield was still frozen…

Thanks! Forgot to mention those don’t work either. I ended up talked to Dino from IndiaFoxtEcho and he said the coding that makes them work as a 3 way switch in the VC doesn’t allow them to be binded to any buttons. Unless you delete a couple files in one of the sub folders, but since I purchased from the in-game marketplace, I can’t see those files, and Dino thinks that Microsoft might have encrypted them. Oh well…

That’s interesting… and would confirm my strategy to buy only scenery from the Marketplace but aircraft always via third-party platforms. I bought my MB-339 on Simarket and I get the windshield perfectly de-iced with this command. Hopefully Dino finds a solution (he willl…!!).

indeed.
should I report the issue to IndiaFoxtEcho?

Yes, I think that would the best thing to do.