Henri Nicollier, a young glider pilot, planned to build an airplane at the age of 16 after having discovered Henri Mignet’s famous book: “Le Sport de l’Air”.
He reviewed the few possible airplanes of the time, and decided to design (and build) his own airplane; he elaborated several projects, and his choice settled on an all-wooden single-seater, with curved shapes. Above the very first drawing of what will become the Minstrel. Henri launches into the construction of his prototype with confidence. His workshop: a corner of the hangar on the ground of Besançon/Thise, but he runs up against the general skepticism of the members of the local club. He will manage to finalize his construction and it is in the general indifference which will carry out the first flight of F-PKXO in Thise, on November 25, 1962. The plane has not been modified since.

The HN 433 “Ménestrel” will also be built in amateur with 6 specimens. Among the builders, two friends of work: Bernard Cintrat and Jean Claude Afflard who will build the n°37-PYJZ and n°43-PYKA (which is modelized). They completely modernize the plane to make it very attractive to the eyes of the amateurs of the time (1982). Thus modified the plane will take the name of HN 434 “Super Minstrel” (F-PGRB of Roland Lamglait included in the pack). It will be more comfortable with an enlarged cabin and also simpler to build by removing several useless wing reinforcements.

This plane, I started it in 2010 for FS2004 and then transformed it to be FSX/P3D compatible. Nevertheless, it remained unfinished in my eyes because I could not go to the end of my ideas.

With MSFS, I decided to take it back completely and make it a native addon. So here is the current version, which I call a Beta since there are two or three little things missing (radio) which should be solved in June 2021

You can find 5 livreries in this release :

Sorry, this presentation video was made for my french forum www.pilote-virtuel.com
=> Presentation du Menestrel HN 434 - YouTube

Knows bugs, in spite of numerous tests by my testers:

EDIT: if your plane appear with gears under the runway, edit the flight_model.cfg and in the TAB [CONTACT_POINTS] remove the two “;” before " the lines static_pitch" and “static_cg_height”

​ => The patch has been uploaded on French-VFR, archive for download is correct now !

Great! I will certainly check this out.

I would very much recommend to you that you upload the file on flightsim.to!

Sorry, but I have my own site: French-VFR (http://frenchvfr.free.fr) where I manage my creations since many years and I will continue on it not on third party sites. My aim isn’t the number of download or followers but the SAV quality and the advices that I can give to people who use my aircrafts and airports. A lot of them are on S-O-H, FSDevelopers and AVSim.

The Cessna C150 (of Fravin and Frankart for FS2004) what I have ported on FSX/P3D at their request, has been downloaded over 12 190 times and it will be ported as MSFS native as soon as possible.

Will try this one soon. Thanks a lot for your work. (speaking English since mods don’t like foreign languages here

)…
By the way, where is located this nice hangar please?

Do you read carefully my first post, I have yet given the direct link : French-VFR (French-VFR - Downloads)

Thanks I saw that, but I was asking about the hangar where the plane is located in your video. I would like to know where is this nice scenery?

Sorry for the mistake !
The hangar is a scenery for MSFS what I had published in December 2020. It is CYMX - Mirabel.

This scenery was my first native creation for MSFS. I have created this airport for FSX/P3D with JP Fillion (2018-2019) and decided to port it as native airport in September last year.
It is also on French-VFR, the direct link: French-VFR - Downloads 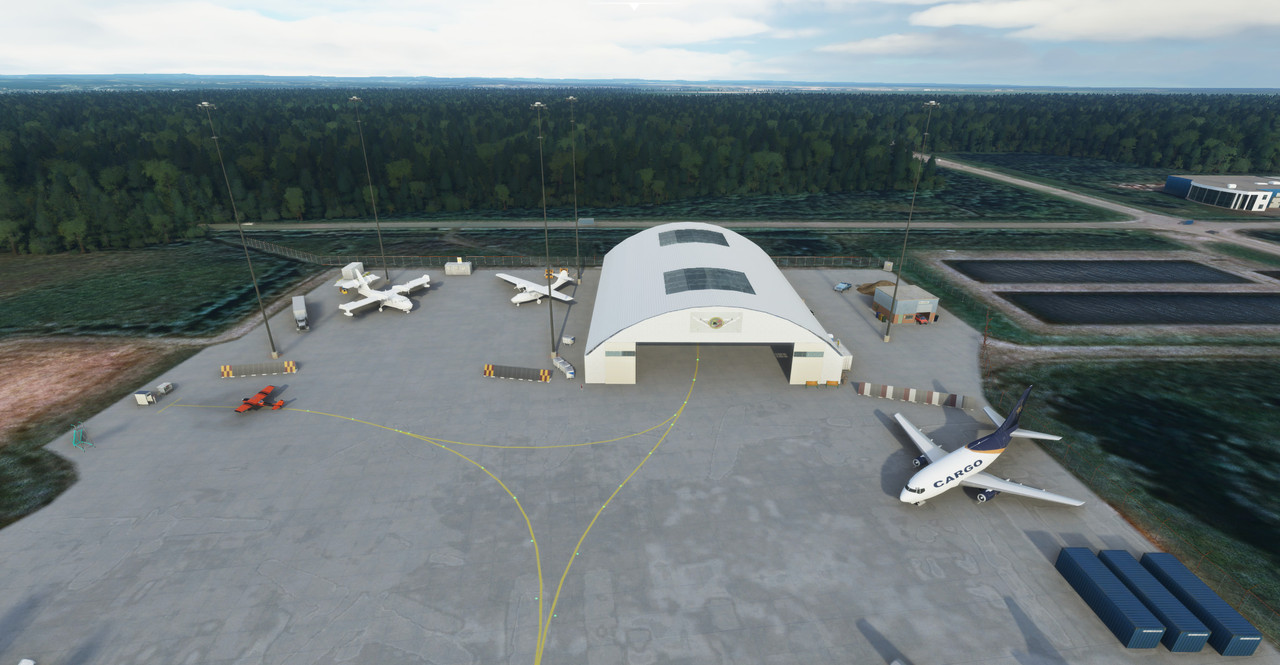 This hangar is fictional: it has been created for a Quebec friend of mine who love this airport. I have add also in this scenery, two creations of mine : a Canadair CL-215T and a Canso PBY-5A on the right of this hangar. Theses aircrafts are static for the moment but will be finished for 2021. Some pics of the PBY-5A were published on FSDeveloper ans SOH forums.
As amphibians are not yet fully supported by Asobo, I have put theses two addons on standby (transitions between earth and water are not managed).

Many thanks for your answer and explanations.
I will have a look when coming back home. And also check all your work on French-VFR… It’s been a while since I didn’t visit your place ;).
Keep up the nice work.

is that a cat on the backseat ? that is cute

Yes, it is a CAT … but it’s on standby for the moment … waiting for an improvement of ASOBO’s SDK 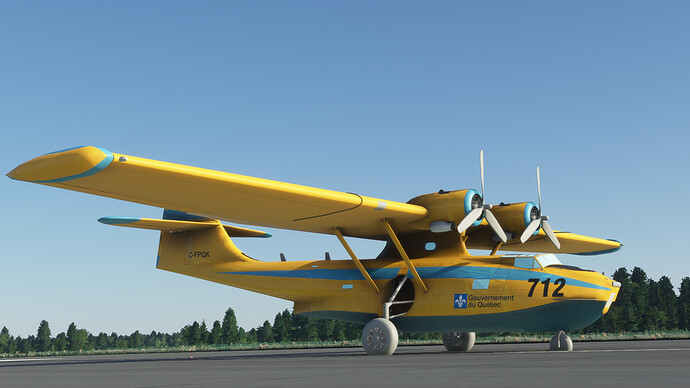 The cockpit in progress …

Some details on the engine … 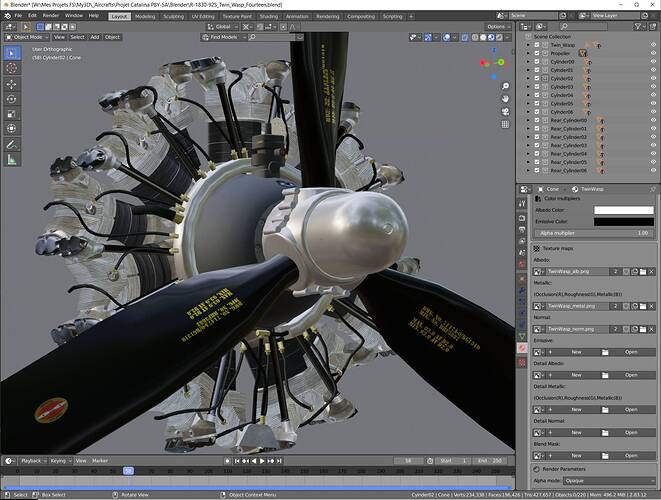 French-VFR took over the CANSO PBY-5A’s developments a few days ago:

The new 3D models for the engines (June 21) have been incorporated in this new test version.

Yes in the good post: Aircrafts from SAGQ : Canadair CL-215T and Canso PBY-5A - #19 by LagaffeVFR5476 . This version is in Beta test.
Currently, I am waiting a correct SDK to go ahead and add others functions.