I went and tried what you guys were talking about. I found my honeycomb/C310 combo to exhibit the same thing. The control surfaces exhibit 1:1 movement from Honeycomb, but the depicted yoke in the VC is off on pitch. I don’t really care because I have it hidden 99% of the time, but it is still off. The roll is accurate in both yoke to control surface and yoke to VC depiction (for me).

I’ll read up on the MilViz manual, but I just went through all of my material including C310 POH and service manual tidbits. As long as the engine is turning there should be some oil pressure provided there’s no catastrophic oil leak. In fact, the feathering should be able to be accomplished as long as the RPM’s are above a roughly idle on the ground equivalent (the flyweight latches that prevent feathering on engine shutdown on the ground would be disengaged with aerial windmilling). So, from what I’m gathering, the lift rod for feathering should still work to feather the prop even with no oil pressure really. Oil pressure is used to drive the blades to a finer angle so a loss of oil pressure would tend to drive the blades to a coarse angle anyways. Some 310’s are outfitted with a prop unfeathering system that utilizes an accumulator with stored oil pressure to basically push the blades out of feather so the engine can begin to windmill. This isn’t required for in-air restarts, but nonetheless the blades should stop on feathering and windmill when out of feather. I’ll play around some more in MSFS.

I was just informed by a RL pilot, that their may be a bug Feathering the Current Milviz C319R ON THE GROUND, but have not personally confirmed that … so who kn0w ?\

I feathered on the ground yesterday and couldn’t get the RPM back up. Had to completely kill the engine and start it again. Is that what you’re talking about?

Is that what you’re talking about?

Not really - in all fairness, this was my 1st day with the C310R … I should spend more time looking at some of these other more complex issues, before talking about them.

Wow…an excellent plane. The sounds are ultra-realistic. Flying “feels” real.
You can feather the props…excellent! 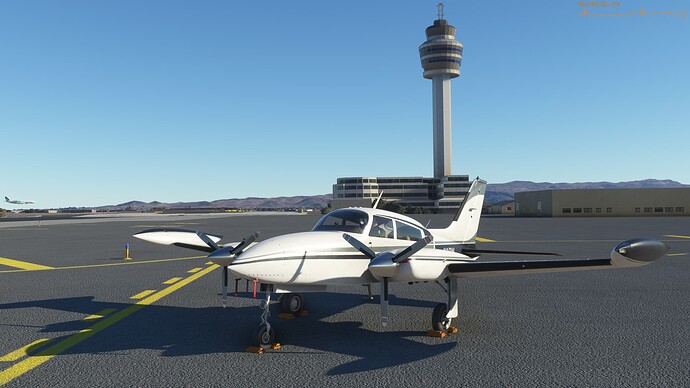 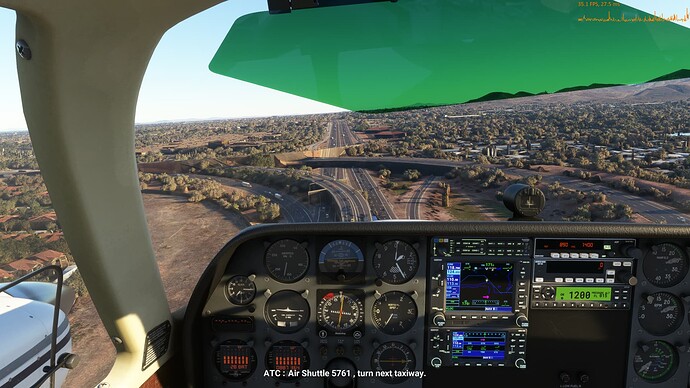 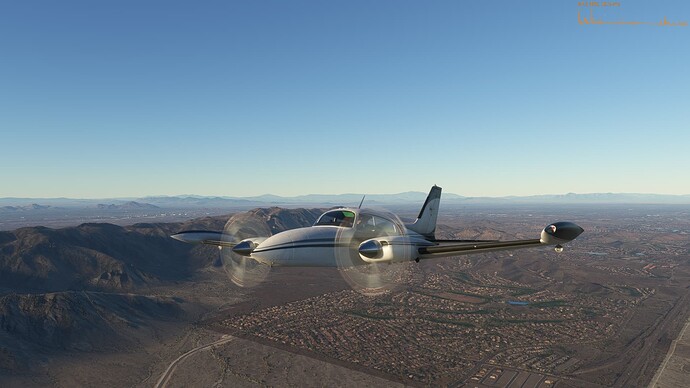 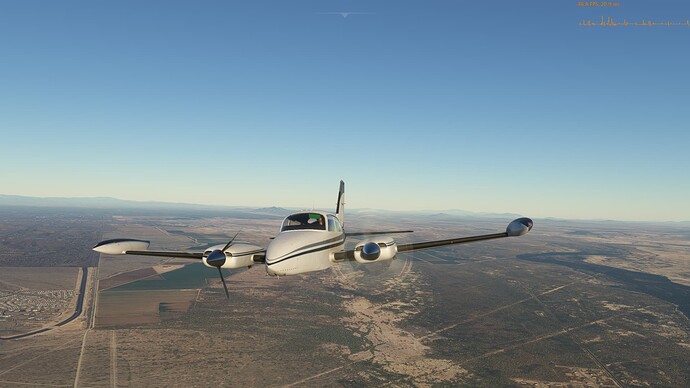 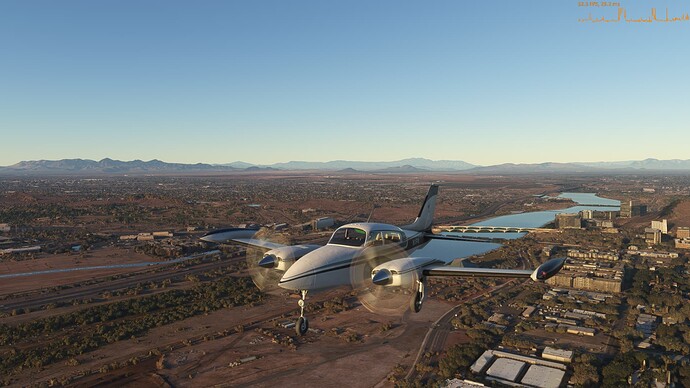 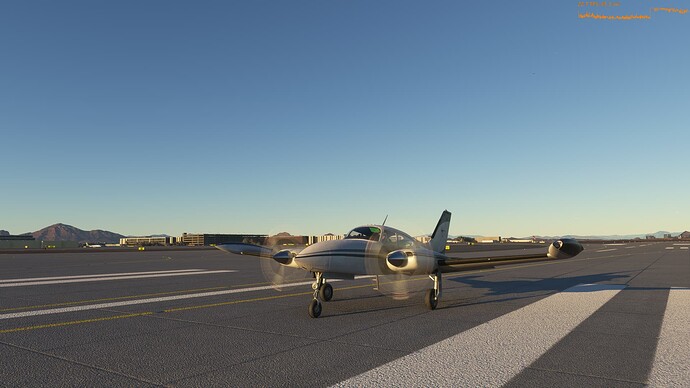 I was just about to comment about this. It seems as if ‘Eyeadaptation’ is working overtime in this cockpit. The panel lights don’t help much. Turning on the overhead red lights help at night.

I was talking about the lighting on a stream with a CFI earlier, and while with the current state of the auto-exposure I think we need a bit more backlighting ( well I’d rather more control over the exposure, frankly ) , he did reckon it was probably about what he’d expect as is, honestly. I turned the overhead light on in the day & that did help too.

I have flown a lot of airplanes IRL, and never once had to turn on any lights in the daytime… regardless of whether in IMC or not. It’s not a huge deal but an annoyance, that they may be able to tweak.

Boy I wish I could figure out how to make liveries, I’d be all over this thing. Bad Photoshop skills and being unable to make heads or tails of the files is a bad combination.

It was getting close to sunset on a clear evening so a bit more extreme than in general, but I would agree that something needs tweaking. I am quite sure my actual eyes react far less than the current camera does ( also a little quicker, and I do actually use my eyelids ), so we’re haveing to compensate for bad virtual eyesight

Not close to sunset in my photos… thats 1730L in southern BC where I live. It is 1930L in real life right now and still bright out… sun doesn’t set until 2030ish.

I too experienced this. I am not sure if this is intended or not.

Boy I wish I could figure out how to make liveries, I’d be all over this thing.

Me too. I’ve tried several time on multiple aircraft, dozens of tutorials, and I can’t figure it out. Every tutorial assumes you know a lot already. I’m not even trying to make complex liveries…I just want my whole fleet to be a glossy solid black.

Yes she flies nice. Did EDDL-ESSB for a maiden flight.

That is not a bounce. When you are 30kts over the assigned landing speed you are just touching the runway while flying. The aircraft just continues to fly after the touch. And to the guys recommending watching videos - check the “Flying with Rich” video from about 9 months back and check out the landing. Seems pretty “normal” to me and not like “throwing a piano on the runway” as one youtuber said. But anyway - if you guys like it, good for you. I don’t, but I think I made that clear by now and won’t comment further on it. Have a nice weekend.

This may be really a plane to pull me out of the Arrows.