Definitely needs fixing… it’s basically my number 1 issue with the sim at the moment (except for the CTD bug with the VFR map, of course)

Yea… in the SR22 the mixture control is inop, except at cutoff.

Bumping for an attempt at getting MOAR VOTES!

something is strange with the mixture setting, this was what I noticed in my first flight with the C172sh… directly… It caused lot of trouble, because it is not what I know from other sims like xplane,prepar3d and what my understanding of “mixture” is. In first moment I thought it is something wrong with my joy-axis ( starting in middle issue, or something else … but issnt… )

The FFLOW curve seems like an reversed EGT curve

. The EGT itself is also strange, in special for C172 SH… show zero degree at ground by full power… at flight we got a value, but don’t know…

Like other users mention, these current curve cause a lot of trouble. I never heard, that with “LEANing” the “FFLOW” will be increased !

A while I thought the M20R is not affected, but it is… but much much more less

… Possible because the M20R have simple more power in general. But the short increasment of FFLOW can be seen if the mixture-leveler if moved very slow… goes up around 0.9GH , then down… different in HP from full rich to about 80% mixture level is around 6HP.

I never heard, that with “LEANing” the “FFLOW” will be increased !

I’ve posted about this before, it happens, but the Sim is overdoing it;

While the mixture is indeed way too sensitive to altitude (shouldn’t have to lean under 3000 above sea level-ish), it’s not a given that higher mixture results in higher fuel flow.

If your mixture is so rich that it makes the engine RPM drop, the engine will gulp down less of that richer mixture, resulting in lower fuel flow. Tune it in just right, and the engine RPM will increase, sucking down a lot more of the less rich mixture.

Sim is way overdoing this though.

thus, as you say’d… if to rich for the high, there is also less fflow… okay… but never noticed it in this range…

yep, like I stated, the current implementation in the sim is WAY too sensitive to height. It responds in a really exaggerated way. Best to report to Zendesk. The more reports they get, the higher it’ll get on their priorities list.

This seems like a carry-over from FSX. FSX had the same stupid mixture/egt logic.

then my last hope that we got a fix died…

Hey Mort, could you show an example of fuel flow increasing when reducing mixture? I have never seen this, it certainly doesn’t happen on a C172.

It’s easy to test; take your C172, take off with full mixture (from a sea level airport) and go up to like 8000ft (while still being on full mixture). When at that level, decrease mixture a bit, and you’ll see RPM and fuel flow go up. Keep decreasing mixture, and you’ll see fuel flow go down again when it gets too lean (and starts reducing RPM). Make sure you don’t have any assists enabled, otherwise the sim will handle the leaning for you automatically.

Are you sure you’re not mixing up EGT with fuel flow? There’s absolutely no “increase” of fuel flow whatsoever on the real thing. Please check the following video closely, starting at the 10 minute mark. 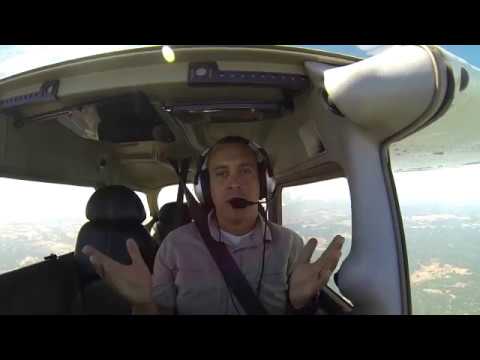 PS: It would also not make any sense at all, since “leaning the mixture” is quite simply, incrementally blocking the “fuel tube” so that less fuel gets into the mixture…

again, I’ve stated before that flight sim is overexaggerating the effect massively, so showing a video of the real plane doesn’t add anything to the discussion. This over exaggeration in the sim needs to be fixed. I’m not saying there is no issue.

But just go along with a thought experiment (which I think illustrates what is happening in the sim);
-your mixture extremely rich, so rich that the engine is spluttering, and only getting very low RPM. On every stroke of the cilinder, this rich mixture is being sucked into the cilinder, and combusted. The fuel flow is 100% managed by the cilinder sucking in the mixture, the ‘mixture’ control only affects how rich the mixture is. The mixture control does not pump fuel straight into the cilinder.

-now you lean your mixture, giving the engine a much better combustible mix, the RPM will increase, and the cilinder will ■■■■ down many more RPM’s worth of that leaner mixture, let’s say 3000 RPM now vs. 500 RPM before.

This is what’s going on in the sim, and can easily be seen by testing what I posted in my previous post.
Is it correct? Technically yes, it’s just exaggerated in such a manner that it shows up, when it doesn’t in a normal use case in a real plane.

So you’re saying… engine is taking too much fuel and therefore produces low RPM’s… and by giving it less fuel… it will produce more RPM’s… and in turn even “drink” more fuel than it was drinking when it was drinking so much that it produced low RPM’s? So is this some kind of a backside of the power curve… for mixture?

I will not say this cannot happen, but I’m definitely skeptical… never heard of it. Can you point to any literature which would support this?

I’m not following closely so if this was explained already forgive me.
This is how it works according to my knowledge.
There are 3 variables here:

The goal is to maintain the best combustion quality.
For a given amount of air there is always a given amount of fuel than can be burned.
If there is too much fuel (rich mixture) not all fuel can be burned. There can be so much fuel that the engine can not even produce max power so rpm drops. With Rich mixture CHT (cylinder temp) is lower, the extra fuel have a cooling effect on the engine
If there is not enough fuel (lean mixture) there is not enough fuel for the given amount of air, so it burns completely but the engine does not produce max power. CHT is higher since there is no extra fuel to cool it.

EGT is at peak when the combustion is perfect, there is just the right amount of fuel that burns completely.

So if you are too rich or too lean RPM drops, EGT drops, there is absolutely a case where too rich mixture drops RPM. The engine is drenched in fuel that it can not burn.

How do a pilot interact with all of this ?
Simply the higher you go the less air the engine gets so you need to lower the fuel to keep the combustion quality at the maximum.
BUT there is another thing to consider here, economy. In real life you do not want to run your engine at maximum power and burn $$$ expensive fuel. There is usually a sweet spot, a compromise where the engine still produce enough power but your fuel flow is low to save on $. Depending on aircraft this is called “Lean of Peak” or “Rich of Peak”, Peak refers to the EGT. So mixture is a bit above or below maximum EGT for the given altitude and power setting. At Lean of Peak the engine runs hotter (no extra fuel to cool it) and some engines are not allowed to operate like this (they are heat constrained) This is explained in the performance section of the POH for every piston engine aircraft. So if you look it up for the C172 for example that section will contain the leaning numbers for climb cruise economy cruse.

Thanks for sharing! I was pretty sure fuel flow never goes up when pulling the mixture out lol but there were a lot of conflicting opinions on the thread.

Fuel flow should reduce with mixture, EGT should start rising then decrease. This is not what you get in the sim. Essentially:

Too much fuel not enough air: less power, lots of cooling from excess fuel
Just the right amount of fuel and air: good power, less cooling and stronger detonation
Not enough fuel, too much air: less power

To be precise, air flow is controlled by the throttle position, but I guess you mean full throttle? The air, in turn, will “aspirate” the fuel in at the carburetor. How much fuel it’s able to “aspirate” in, is determined by the mixture lever. I think this would be more correct.

EGT is at peak when the combustion is perfect, there is just the right amount of fuel that burns completely.

EGT is at peak when the combustion is perfect but the problem is that normally you have 4 or 6 cylinders and they’re not perfectly balanced, and you normally you only have 1 EGT gauge. That’s why peak EGT is not really an ideal setting for anything. Best performance is generally at 150ºF ROP, and best economy roughly 20ºF LOP. In other words, best performance is when all cylinders get enough fuel and don’t waste any “air” (some cylinders will be too rich and waste some fuel), best economy is when no cylinder is wasting fuel (some will not get enough fuel and produce less power than they could).

Ofc you are right on both, I meant full power, the throttle is the main fuel flow control

With the multiple cylinders I just didn’t want to go into the finer details, but it is true what you say.