Nice plane, and nice is with steam gauges, but I have the FS9, FSX-P3D and X-plane versions, I expected the G1000… Works well in MSFS.

Autopilot-NAV oscillations have been self corrected after some minutes of flight in my case. ???
This proberm appeared in a phase of alpha testing and was solved.

Flight has been recorded

Surprisingly good for a first release from Carenado. Flys nicely and ground handling is good (purists might say too good).
No avionics problems but getting the GPS track hunting, however, there are enough navaids to use instead of the GPS.
It has exactly the number of engine control levers that I would expect to find in a single-engine piston aircraft of this vintage.
Someone in the aircraft in the hanger - call the pedantry police!

Adding to the bad:

I like this aircraft. I have not experienced the problem with avionics, it has worked perfectly fine for me.

so after some brief testing, if you have dev mode on - the avionics work fine, if you turn dev mode off - it fails after a cold & dark start ( at least )

without dev mode ( when avionics failed ) I noticed the annunciator for prop deice was on… in dev mode, it’s not on… IDK if that has anything to do with anything…

Thanks for the info. I really want an Ovation for this sim, but I use the AFM in XP so I have a feeling that I might be disappointed with this one. I think I’ll wait a bit and see if some else is going to do one.

after two more flights with dev mode off - the avionics did not fail ( unlike the previous time )
the only thing I could figure is that i was more vigilant with the Honeycomb physical switch settings before loading the flight. I tried one with cold & dark and one trip back with starting on the runway. Neither time the avionics failed. so… ?

The Mooney has credited flight hours for me.

After 1 38 minute flight I note that;

Despite the above, I LOVE this plane it’s pretty, it’s fast and it’s got steam gauges hopefully some fixes will be on the way. Like all bugs in MSFS, i use a failure to determine whether to “declare” an emergency and land at the nearest airport, or keep on going and try to fix the issue. Now I am off to fly the Mooney to the Shetland islands, will add more comments if I find other things worthy of comment.

Does the EGT gauge (on the far right, with the yellow bars) actually work and display different EGT per cylinder?

I think @ZeraKnight might be interested in the details to get the EGT display to work in the G1000.

The EGT and CHT gauges are not per-cylinder. 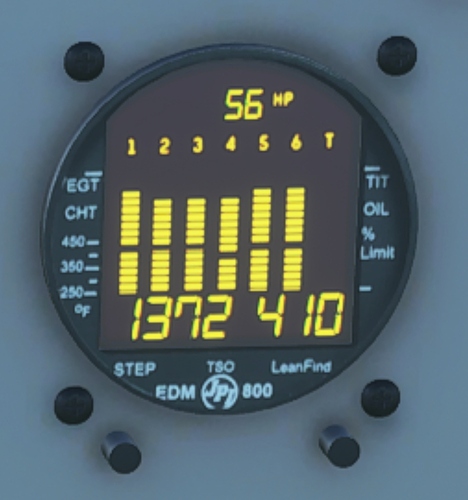 It does scroll through the cylinder temps, weather its faked or real I couldn’t say.

I stand corrected! I was talking about the EGT and CHT steam gauges.

You can find the checklists in the aircrafts folder in your main MSFS folder.

They mean in sim interactive checklists, from the inflight menu bar.

yeah, that turned out to be a Dev Mode issue that only showed up after I installed the Mooney.