Speaking of airbrakes, does anyone know the default keystroke to toggle speed brakes? I’ve never been able to find a switch for it inside the cockpit.

As already mentioned by several people it is on the left side of the left part of the yoke handle.

Thing is, it is a little red switch that you cannot see from the normal seating position. You need to look from over near the left hand window to spot it and get the mouse onto it …

In real life of course you do not need to see it to press it.

This is an excellent analysis and exactly my experience since the mod. As you say the mod makes it an absolute joy to fly again and I’m now flying it a lot more, Nice to have it back…

you cannot see from the normal seating position.

Ah, THAT’S what I can’t find it! I fly in VR, so it’s pretty much impossible to reach with a mouse click. If I can’t see it I can’t click it. That’s why I’ve been trying to find a keystroke to bind to a yoke button.
Thanks for the help, everyone.

So, I tried to take the Mooney up to higher altitudes last night, and it is still pretty weak in this area. Getting up to 10,000 ft was not a problem, but could not attain the settings in the manual. I kept the airspeed between 110 kts and 120 kts. All needles remained in the green. Except the CH was slightly in the yellow. Despite leaning for peak power the climb gradually reduced to 100 ft/min. This was around 14,000 feet. Also, despite very careful fiddling with the mixture the EGT needle gradually crept toward 0, no matter how I set it, which happened right around 14,500 ft.

This was in standard conditions (weather was turned off) This was with full throttle and 2500 RPM. By the way, full throttle is not only for emergency power, as was suggested above. It is what FT means in the manual, and it is required to maintain manifold pressure as one goes higher.

Overall, It is better than it was prior to the recent Mooney update by Carenado, but it becomes increasingly impossible to fly it “By the numbers” the higher you go.

The Carenado one may well be still underpowered, but do not expect miracles from a normally aspirated Mooney.

They say a picture is worth 1,000 words. I have a few here that will show the value, as well as weakness of the recent update. This was flown in standard conditions (weather turned off). The goal was to attempt to set 75% power (or the best possible for the altitude) starting at 4,000 feet and climbing up to 20,000. Spoiler, I was able to make it. It took almost 2 hours to get to that altitude. Without further ado, here are the pictures: 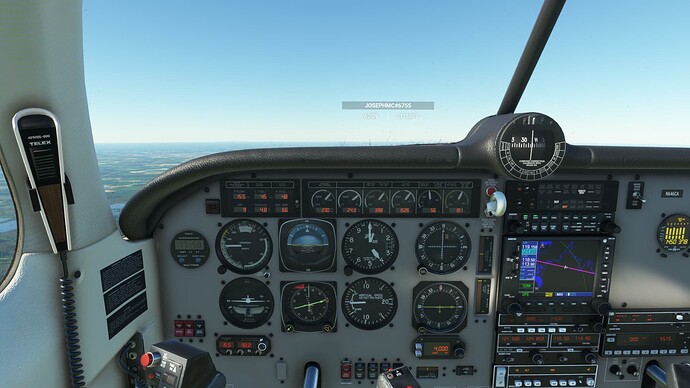 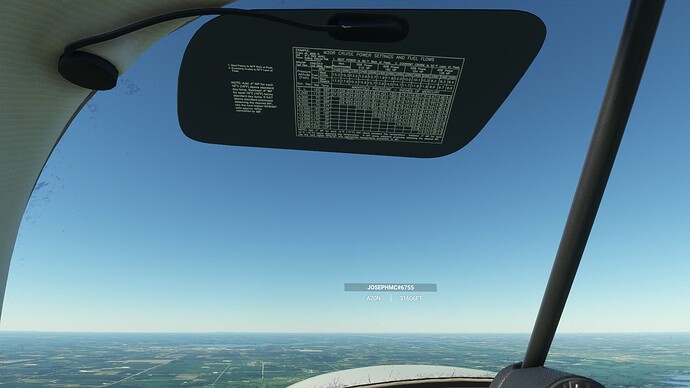 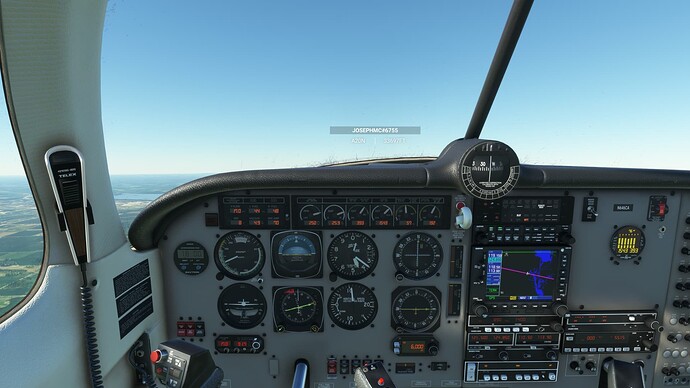 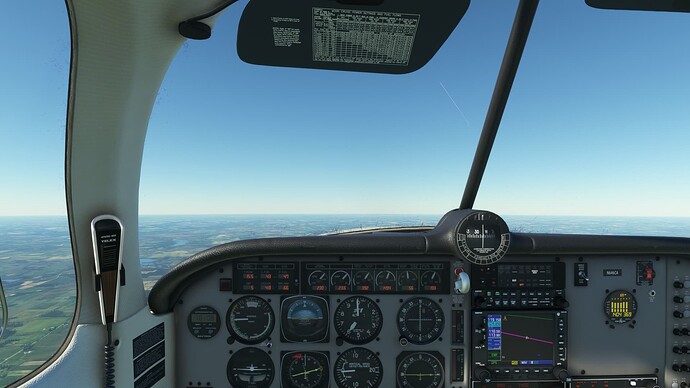 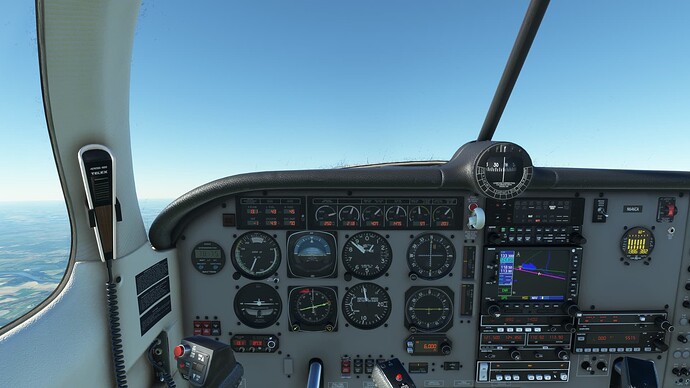 Since I can only do 5 at a time, What I’ve attempted to show is the settings at each altitude, and the performance in climb and at cruise, once the altitude is attained. 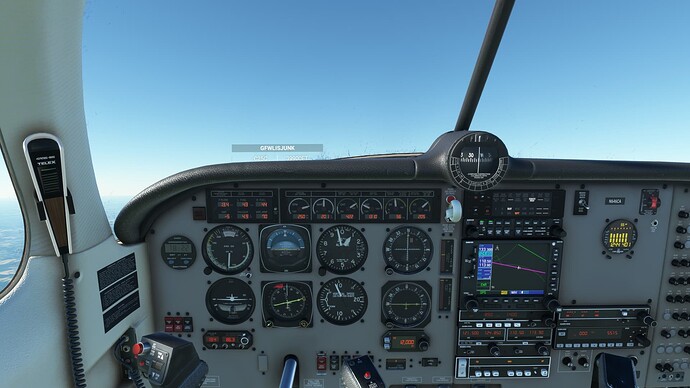 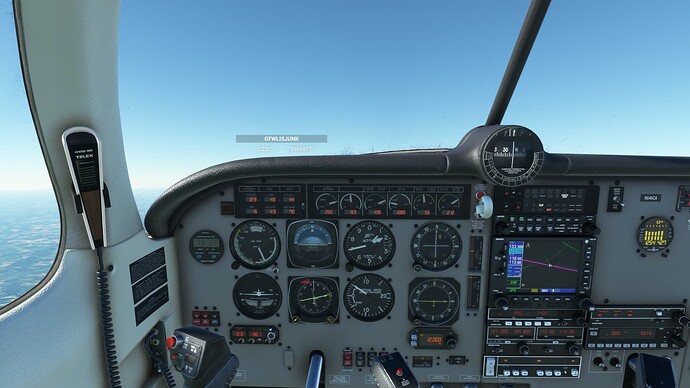 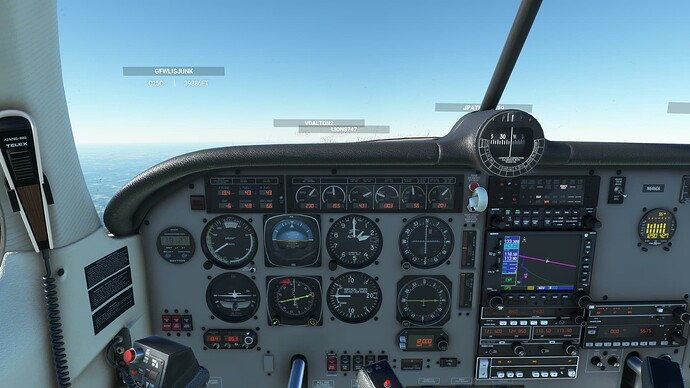 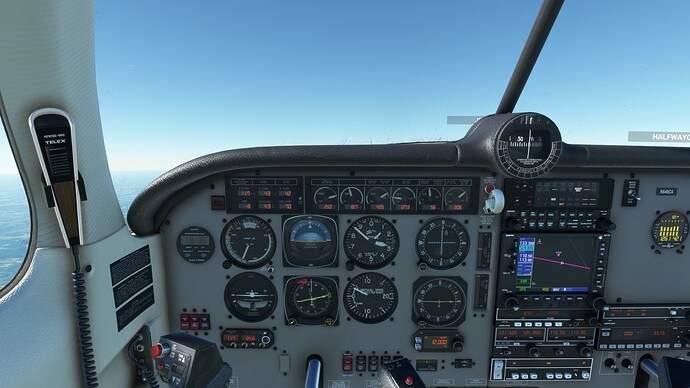 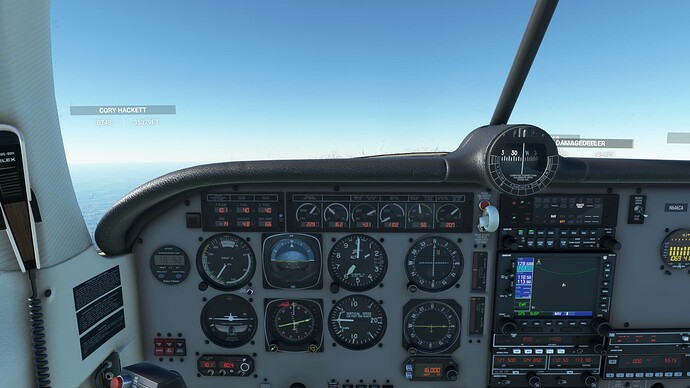 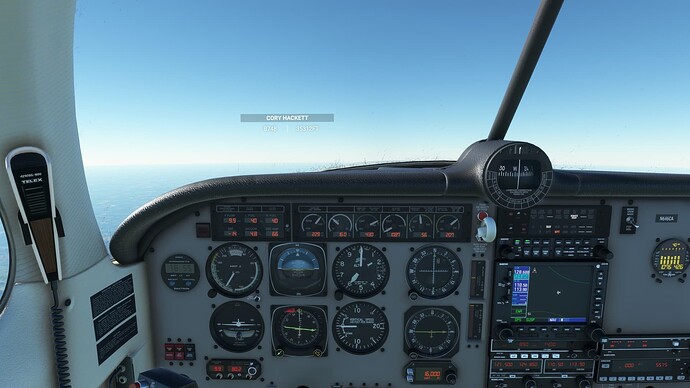 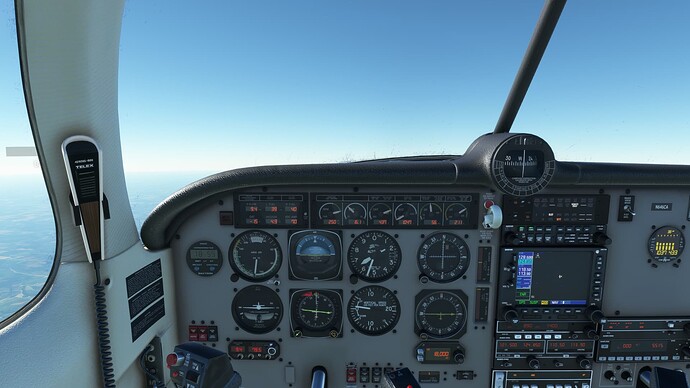 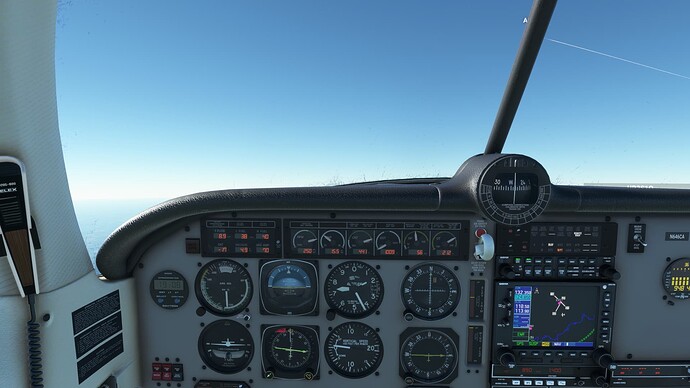 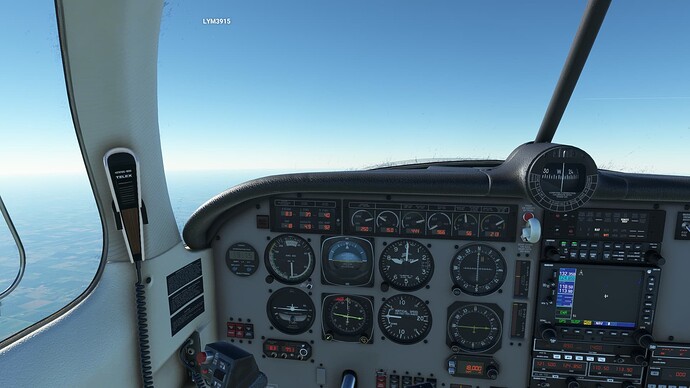 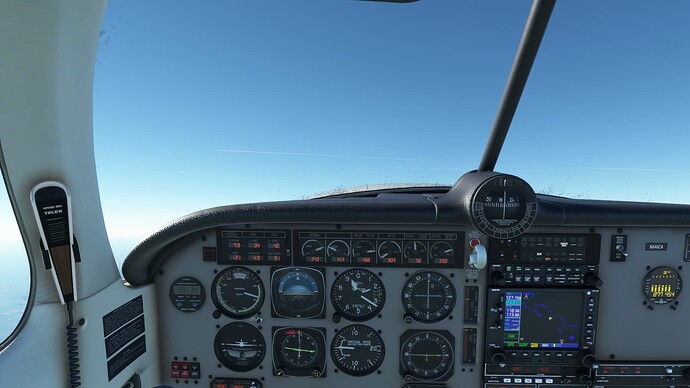 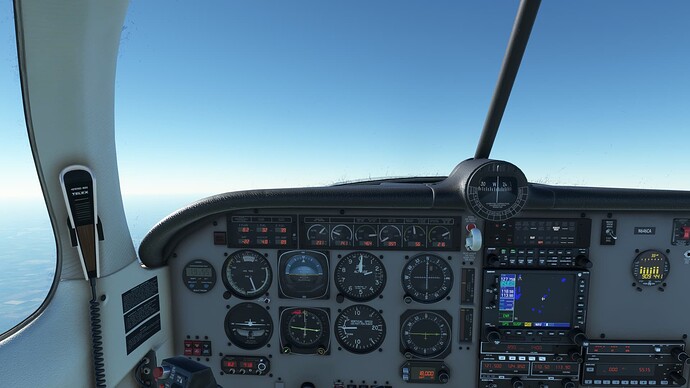 As you can see, I was able to get up to 20,000 feet, but it took almost 2 hours, and I could not attain the maximum performance numbers in the manual.

Overall this is an improvement over what we did have, and is pretty realistically represented up to about 10,000 feet.

I wonder if the poor implementation of Mixture in MSFS 2020 is interfering here.

It worked properly the first few months on release, so probably not.

Please submit all this, including photos, to Carenado.

What are you going on about?

I have submitted photos and description of the issue to Carenado. I’m not optimistic about a speedy response, but at least this plane is fun to fly again. It’s really not bad all the way to 12,000 feet. After that it is more work than fun.

because it can, and because I want to play with the big boys.

thanks man.
maybe we’ll get there yet.

I mean, it has a built in oxygen feed (pilots left side wall).

because it can, and because I want to play with the big boys

To get any sort of performance over 10,000 feet you need some sort of pressure normalisation, usually a turbo charger. There is simply not enough air at altitude for normally aspirated engines like the M20R. Hence the turbo version of the M20R that Mooney sold.

Simple fact, the standard M20R in real life can get to altitude but it will struggle. For reasonable performance at altitude you need the turbo model.

For PC Users - there is a turbo mod to convert our MSFS normal M20R to the turbocharged version, though I have not personally tried it the reviews of it are very good. Darshonaut already posted it above, but here it is again: 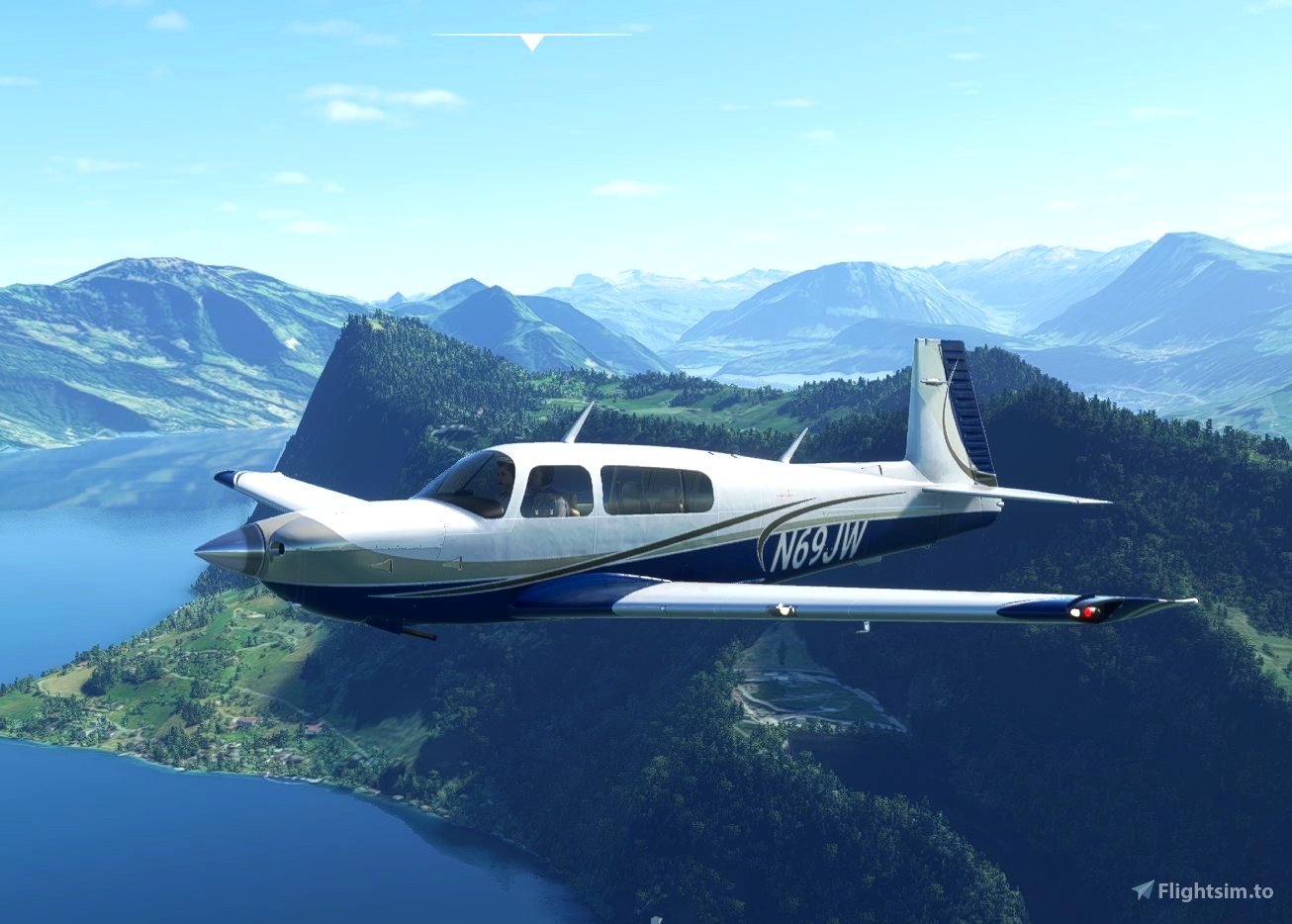 ✓ Mooney M20R Ovation Turbo Mod is a Microsoft Flight Simulator 2020 mod created by rockair. Download for free to enhance your experience in MSFS 2020.