Just off the end of rwy 07 is a large circular “training” circular track that you will see trains on occasionally.  Just east of UUMO is a main north-south trunk line that carries commuter traffic as far south as Podolsk, as well as freight and through passenger service to points south.  You won’t ALWAYS see trains, but they’re there often enough.

I normally fly around 12:00 local time with clear and unlimited weather set as opposed to Live Weather. 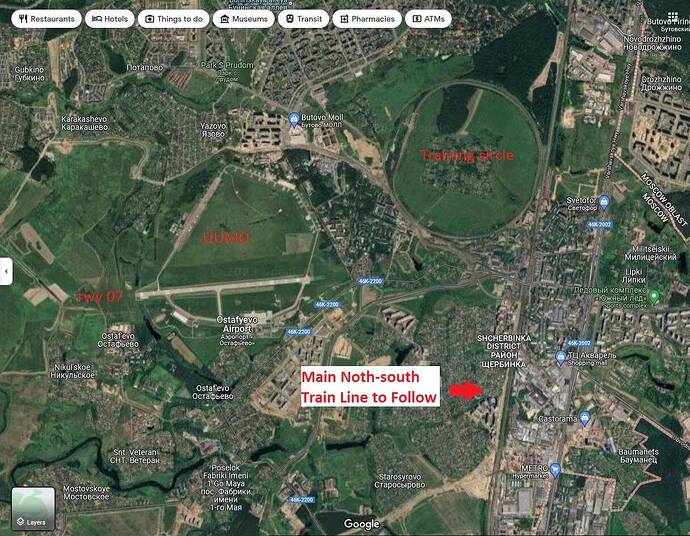 Would be good if they added trains soon!
I randomly found some moving in an Orbx city pack (Dubai, going out to that Palm Island) and also at some airport add-on but can’t remember which now (the train goes from the terminal building around to the car parks). It was really nice to see

They have trains in the Russian scenery.

Of course, just to keep on the topic that we are contractually obligated to complain about the scenery, (

), I noticed that - in Russia - the “polarity” of the trains is backwards.  Two sets of tracks are for the commuter trains and the other two sets are for freight and through-passenger service - and they always get the trains on the wrong sets of tracks!  (as if they knew, 'eh?)

What really kills me, (laughing, that is), is the Southern Pacific/BNSF paint-scheme on the GE Diesels they have pulling the Russian freight trains - with North-American style freight cars!  Russian trains, like most of Europe’s trains, are all electrically powered by an overhead wire.  Diesels are only used for yard shunting where there aren’t any overhead wires, maintenance trains, and the occasional place out in the middle of God’s Green Nowhere that isn’t electrified.

JFK has a “train” set, (people-movers), that go between all the terminals as well as the rental car lots, long term parking, and the LIRR at Jamaica Station.  I don’t know if that train is implemented in the sim.

Seriously, I know the Canadian stuff is a travesty, I just couldn’t resist poking fun at the Russian trains too.

They have trains in the Russian scenery.

Really? What, moving ones? Can you give me some names of places to look to see them please?

Without an addon I don’t think they will be moving. The OP is probably seeing different LOD levels depending on internet quality at the time (or something similar).

Took my Willy for some train hunting today. Exhausted a tank of fuel (gosh that bird is thirsty! Even on a very Lean Mixture she drinks like my ex! I think my ex only had a jammed “Full Rich” setting malfunction though…).

Followed a lot of rails up and down but didn’t see any 3D trains. Jim, are you sure you don’t have a mod – or could it be what @DensestSnail693 suggests?

Quite a few that look like 3D from a distance but are in the texture, like this:

As an aside, I have flown over Moscow before but there is LOADS to see, especially with the addon pack from here: 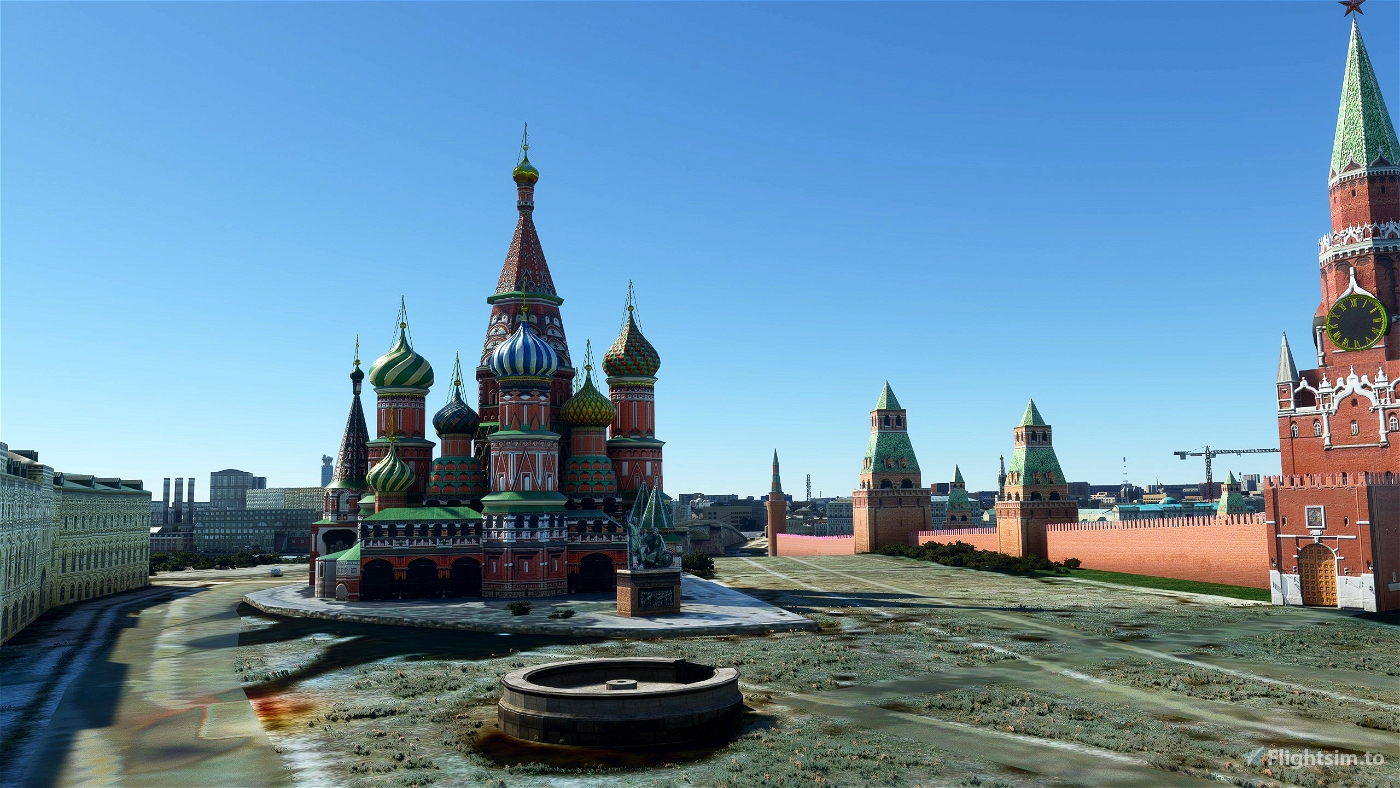 ✓ Landmarks of Moscow. Part 1 is a Microsoft Flight Simulator 2020 mod created by TigerCat. Download for free to enhance your experience in MSFS 2020.

Lots that isn’t marked as POI’s but are still custom buildings.

I believe I have the Drzewiecki design Moscow add-on, and I might have this one, (I’ll have to go check), but that could be the case.

Either that or I’m confusing things with X-Plane since I have all the MSFS sims installed since 2004 and XP-11 and 12 along with MSFS 2020.

I remember the Atari 8-bit cartridge for MSFS, and it’s just jaw-dropping how things have changed over the years.  Even now, I go back and try flying FSX - which when I bought it was dripping-edge of the bleeding edge DUDE!, but now it looks like a wind-up doll. . .

I believe I have the Drzewiecki design Moscow add-on, and I might have this one, (I’ll have to go check), but that could be the case.

Update: I do have this particular update but I don’t think I ever installed it, (i.e. I didn’t have it in my community folder). I’m going to go check for the Drzewiecki Design add on too, to make sure I have that.

Note that the Drzewiecki Design payware add-on is a prerequisite for this add-on.

I would say likely it’s DZ. They have a train that crosses the Potomac and a moving metro train at their KDCA.